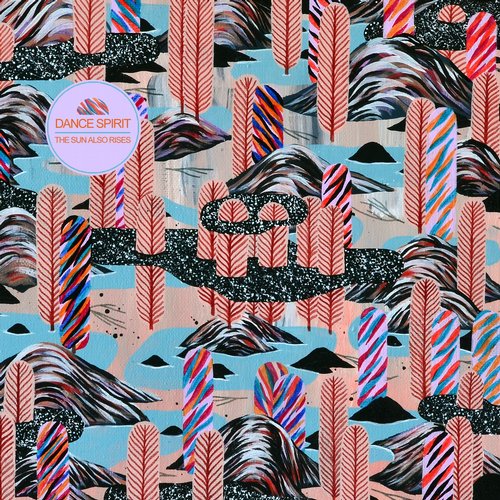 Produced only on Sundays after either a good nights sleep – or none at all – Supernature signed duo Dance Spirit have created a masterful debut album informed by their musical heroes; everyone from Pink Floyd, Ricardo Villalobos and Sasha & Digweed to the classical concertos of Chopin.

If it sounds like an ambitious palette of sounds to draw from, the almost freakish natural talent of its creators Christopher Mohn and Reagan Denius makes ‘The Sun Also Rises’, a remarkably executed and fully cohesive musical experience.

Produced over an eight-month period between November 2012 and June 2013, the Californian-born pair normally used to producing purely with the dancefloor in mind, delighted in a boundary-less opportunity to express themselves in the studio.

Fully utilising the geared up ‘Skybox’ studio located in a neighbourhood in Venice Beach that housed everything from a control room, a live room, an extensive range of instruments too vast to list, plus an enviable collection of hardware including a UA1176 Rev D compressor once belonging to James Brown, Chris and Reagan set about having “extreme fun” creating ‘The Sun Also Rises’.

They also revelled in the collaborative process. In album tracks ‘Silent Words’ and ‘Undressed’ they invited talented Afro Cuban jazz trumpeter Gabe Steiner to come lay down some improvised horns. Nikko Gibler (Visionquest, Culprit, Bedrock), brought the full force of his musical talent on the cinematic ‘Where You Want To Be’ contributing an intoxicating brew of xylophone, harmonica, keys and dreamy vocals that swirl alongside Dance Spirit’s dusty drums making for a moreish album highlight.

Elsewhere the album points its compass more towards club territory, with Innervisions signed Jon Charnis making a studio visit to contribute to ‘Satellites’, while respected Canadian tech houser Jay Tripwire lends his vibes to the deep percussive roller ‘Lamentation’. The track features a cheeky nod to the good times that surrounded the album’s creation with a sample recording of a drunken guy belting out Whitney Houston at the top of his lungs recorded on iPhone during on an early morning walk home from a night at LA’s Exchange.

A more ‘official’ vocal contribution comes from singer Shawni who features on two album cuts, highlighted by ‘Silent Words’ with her gorgeous pipes combining with delicate horns and strings to create arguably the album’s most beautiful moment.