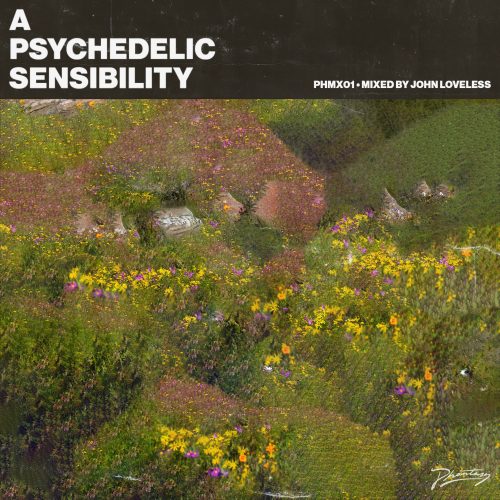 Phantasy Sound prepare to hit their landmark 100th release as the label heads deep into their already rich legacy of releases with ‘A Psychedelic Sensibility’, curated and mixed live by John Loveless, the Berlin-based DJ who has been a creative force within the label since 2014.

John Loveless is the founder of Berlin-based party and label – Hot Concept, as well as a longtime resident on the city’s independent underground radio station, Cashmere Radio. As John Thorp, he has written extensively about electronic and alternative music for publications including Mixmag, The Guardian and Bandcamp, and currently contributes an ongoing, in-depth interview series, ‘The Forum’ for Phantasy.

Founded in London in 2007 and neither rooted in electronic or alternative music, Phantasy’s spirit instead follows a lineage of celebrated independent imprints, with each artist working closely alongside the label to achieve the best possible sound and vision. The album features recent signings Terr and C.YM as well as label head honcho Erol Alkan, Daniel Avery, Joshua James, Connan Mockasin, Switch, James Welsh and many more.

Phantasy Sound’s ‘A Psychedelic Sensibility’ compilation is out now.