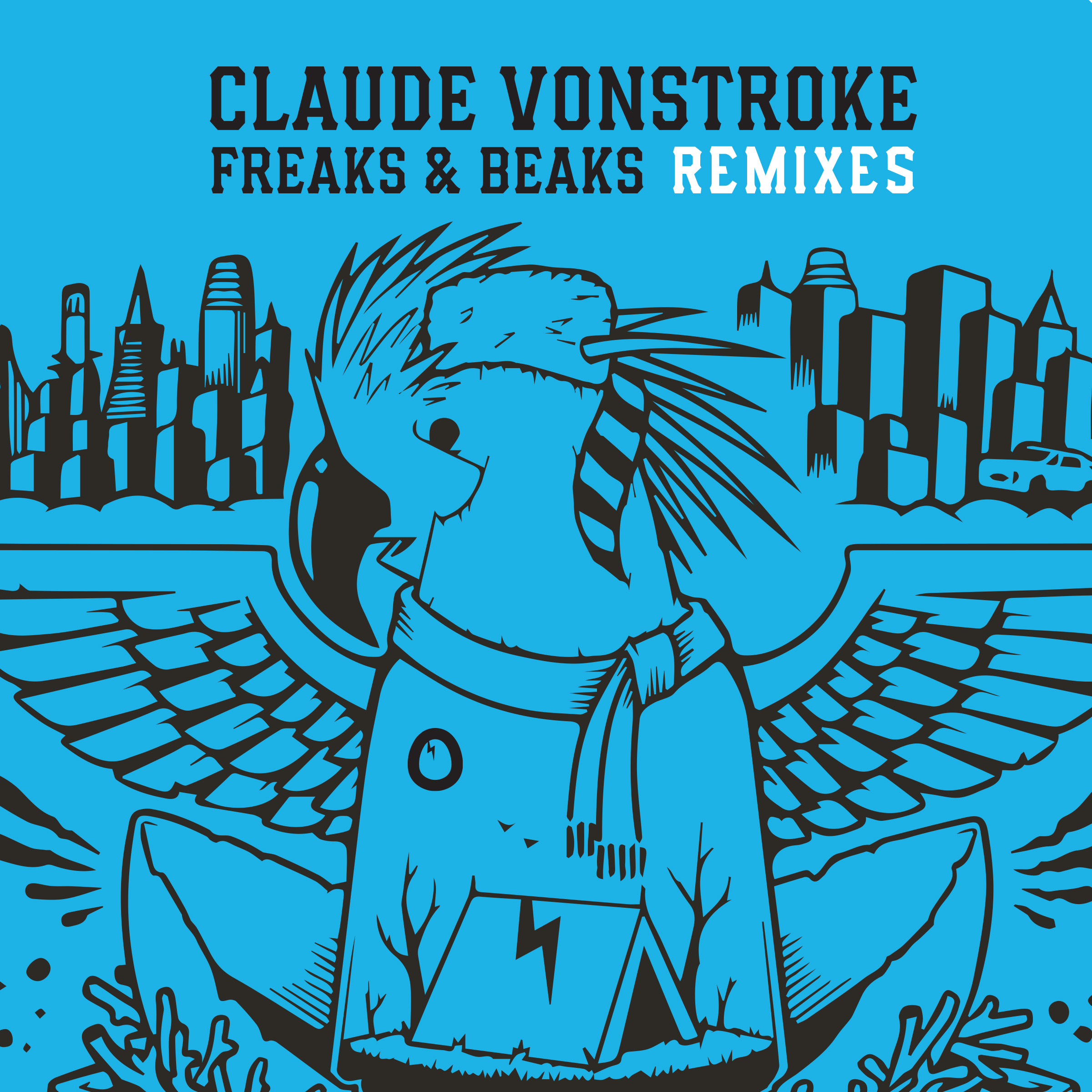 Released at the height of the 2020 worldwide pandemic, Claude VonStroke’s fourth studio album Freaks & Beaks is finally receiving a proper remix treatment. With each artist hand-picked by the label head himself, Freaks & Beaks now sees fresh reinterpretations from both Dirtybird favorites and newcomers.

Describing the remix pack, Claude VonStroke said, “Just like our record label this remix pack goes from thoughtful deep tracks to huge bangers and lots of places in between. There is something for all kinds of house music DJs in here.”

Fast-rising house producer VNSSA brings her main-room peak time techno energy on ‘These Notes In This Order’. Dirtybird standout Nikki Nair shows off his club-leaning production skills on “Flubblebuddy”. Label favorite Steve Darko takes the low end even lower for ‘All My People In The House’, while Shiba San teams up with French producer Millad to flip the track into grimy tech-house banger. Veteran melodic house producer Rodriguez Jr. leaves his mark on the Wyatt Marshall collaboration ‘Youngblood’. Frankie was brought out of retirement to remix his namesake track ‘Frankie Goes To Hollywood’ into a minimal masterpiece.

Regarding his remix, Shiba San said, “I heard ‘All My People In The House’ for the first time at CRSSD when Walker & Royce played it during our b2b set in 2019. I asked “What is this track?” and they told me it was Claude Vonstroke and the vocals were by his daughter. I was amazed. When the team reached out about remixing a track for this project, I saw this song on the list and picked it up without hesitation.”

Describing his bass-heavy remix, Nikki Nair commented, “I wanted to emphasize the flubbiness of this track in my remix.”

Steve Darko added, “I had a blast writing this remix for the legendary Claude VonStroke! I’m in love with the nutty synth work in the original track.”