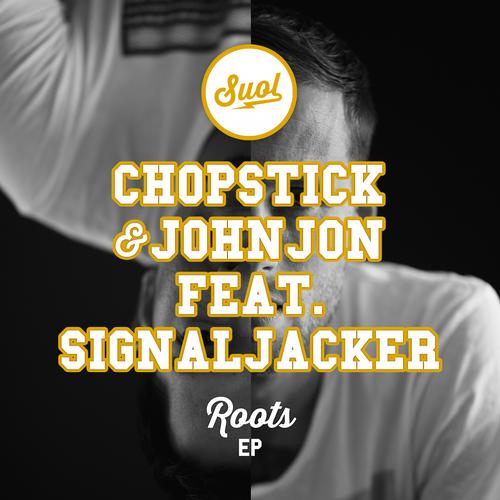 After one whole year without a full release, Chopstick & Johnjon are now back on track, sending out the first vanguard of their upcoming debut album. For ‘Roots’ they team up with Signaljacker a.k.a. Chris James from the infamous UK-Band Stateless (Ninja Tune, !K7). The title track comes in two different moods – the dreamy, almost melancholic Original Mix plus the rather bright Alternative Mix, spreading a whiff of Summer, still never undermining the intensity and genuineness of James’ vocals. ‘Still Breathing’ eventually takes the beat even further down than the ‘Roots’ Original, bringing forth a never heard side of Chopstick & Johnjon that no one should be missing. Chris James’ contribution for ‘Roots’ is not their last liason on Suol, as his feature on Chopstick & Johnjon’s long player is already cut and dried.