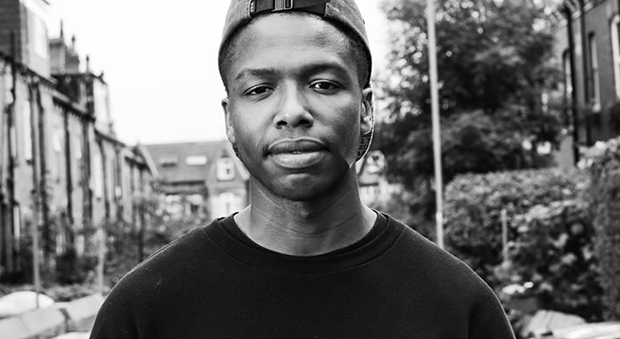 American House producer Mad Villains aka Adrianne Jackson has rolled through with his latest EP, ‘Break it Down’, forthcoming on Underground Audio. Currently residing in Leeds, the Californian offers more of his often described ‘ghetto’ styled house influences, whilst also teaming up with The Golden Boy who provides his own spin on the headline track.

Having been hailed as a ‘one to watch’ and given regular support from BBC Radio 1 and Rinse FM, the EP seriously justifies the claims. ‘Break it Down’ is aimed straight for the dancefloor, throwing in some punchy and electronically raw sounding drums with some filtered synth interludes and repetitive vocal cuts to make it a seriously powerful late night jam.

Not the first time The Golden Boy has offered his spin on one of the Villain’s tracks, his remix of ‘Break It Down’ takes a more percussive approach, giving his spin of the tune that slightly more traditional house feel.

‘Tryin’ coolly brings the EP to an end, building serious suspense by blending choppy vocal cuts with heavily filtered synth lines which are powerfully released with a hard-hitting beat and nicely rounded off with a real variety of sound effects.

‘Tryin’ builds serious suspense by blending choppy vocal cuts with a heavily filtered synth line to finally release the track with a real variety of sound effects and a powerful sounding deep house beat to nicely round off the EP.