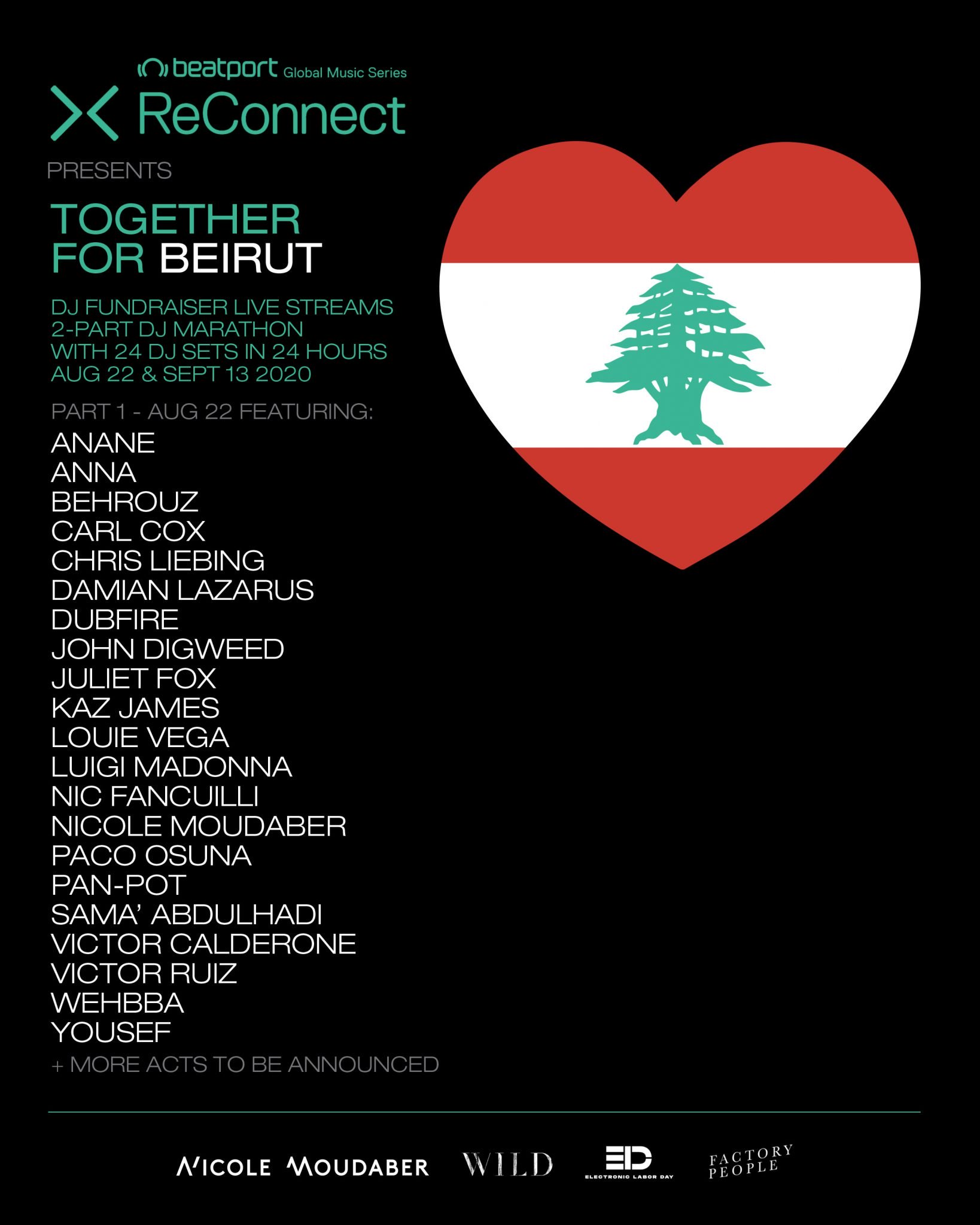 Beatport has announced a partnership with the likes of Nicole Moudaber, WILD Tulum, Factory People, and a collection of Lebanese DJs and promoters for ‘Together For Beirut’. The 2-day marathon live stream will showcase sets by 24 international DJs, consisting of two online events with performances by some of the world’s most respected and influential talents.

‘Together For Beirut’ sets to raise $250,000 for disaster relief, directly aiding those in dire need. Donations will go to Impact Lebanon supporting local essential NGOs such as the Lebanese Red Cross, Arcenciel and music and arts related charities in Beirut. Hit the links below to tune in to be part of the monumental livestream on August 22nd and September 13th.