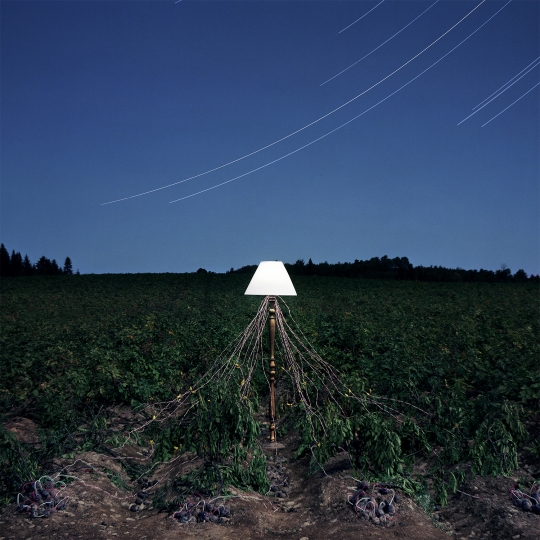 Ghostly International has released a phantasmagoric new album by Beacon called ‘Escapements ’.  Ghostly is a huge label that started out of Ann Arbor, Michigan, near Detroit. It has released some of the most incredible music on the planet since 1998. Matthew Dear teamed up with Sam Valenti and released Ghostly’s first hit ‘Hands up for Detroit’.  Since then, an everlasting amount of great music has been launched out of Ghostly. ‘Escapements’ just creates another massive intro into 2016 for Ghostly. Beacon is normally defined as conspicuous device designed to attract attention. Well the duo Beacon out of New York consisting of Thomas Mullarnay III and Jacob Gossett has attracted huge attention with ‘Escapements’.

Throughout the entire “Escapements’ album you will experience dreamy vocals, smooth beats, and a free-flowing nature. Mullarnay explains that “Friction and changes in amplitude over time mean every escapement, no matter how well crafted, will lose its accuracy and effectively slow down time via its own decay”. This theme of the album creates the feeling of pain, love and loss through the decoration of various styles of music. ‘IM U’ the first track of the album is how it all started, creating the representation of how time can massively effect change and feelings. The album has a wide variety of styles of music involved. There are dance floor tracks ‘Better or Worse’, ‘Preserve’ and ‘Backbone’ which have an upbeat house vibe, whilst still mixed in the solid, soothing vocals. ‘Cure’ brings in a breakbeat track to the album full of amazing percussion, lyrics to touch your heart, and an added electronic melody to complete the track into ecstasy. With the added talent by Tycho drummer, Rory O’Conner, it unleashes even a higher musical platform into the mix. You can really feel his vibe in ‘Still’ amongst other tracks as well. Gossett says “When you don’t give yourself a specific place to land, you never really miss”. This is exactly where this album rides, all over the different lands of music never really stopping at one destination. Beacon has created an incredible, dreamy album that creates self discovery in time.