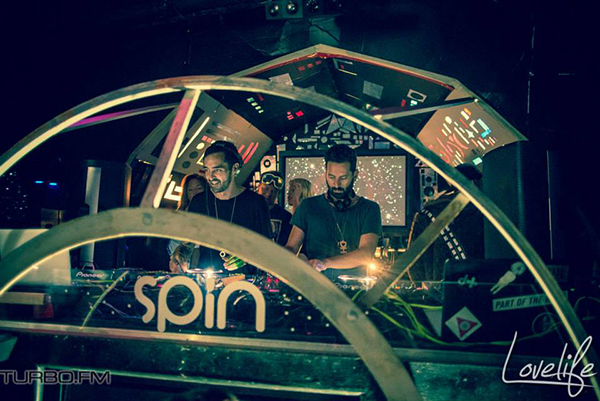 The Imperial Forces fell upon Spin Nightclub in San Diego this past 4th of July weekend as Lovelife presented their 2nd annual Star Wars themed dance party, Episode XI: The Force of July, featuring Barcelona-based tech house super duo Audiofly. At the helm of the Millennium Falcon, Anthony Ackbar & Luca Skywalker went full throttle, sending us into light speed the whole two and a half hours they played. The crowd of Lovers was full to the brim; a sea of bombshell Boba Fetts, voluptuous Vaders, and sexy 3POs dancing in front of the big screen playing all three original Star Wars movies edited down for our psychedelic pleasure. It’s safe to say that we all dipped over to the Dark Side that night. Be our guest once again and relive this historical night by listening to Audiofly’s set in it’s entirety!