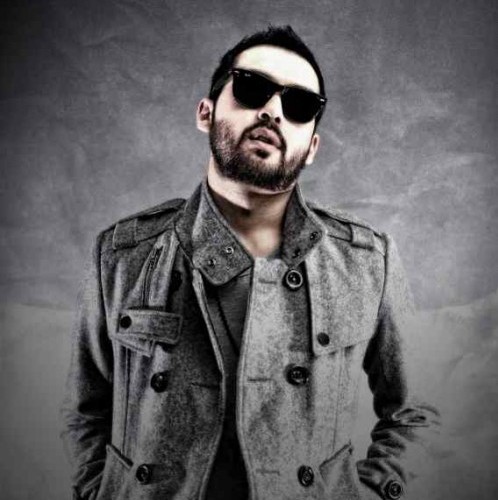 [Artist Profile] Louie Fresco has become a personal friend to us here at MI4L over the last few months and has been our liaison to the world of Mexico by way of Tijuana, Ensenada and Mexicali (where Louie calls home). He is one of the hardest working up-and-comers out there right now, with his hands firmly planted in DJing, his record label (Mexa Records), producing music, throwing events and traveling the world. He is signed to some of the hottest labels in house music today including No. 19, Defected, Neim and Smoke N’ Mirrors, not to mention all the forthcoming releases and remixes he has in the works. Recently, we traveled down to Mexicali for the Mexa Records launch party with Lee Foss at a warehouse location, where we got to see first hand, the influence Louie has over his city (See Pictures Here). The party was slammed from wall to wall with people who came to support the label launch and check out some of the artists who he has signed for future releases. If you ever have the pleasure to meet Louie, you will see that not only is he an incredible artist, but he is also one of the most genuinely nice people you will ever meet.

As a special treat to complement the interview we did with Louie, he has also given us his new Mexa Records Promo Mix that he and Mexa A&R man Alex Rubio made to showcase the music that will soon be released on his label. Go ahead and press play on the mix and find out more from an artist that will undoubtedly become a household name.

I’m from a small town called Mexicali, Baja California. I used to live in Phoenix AZ for a while but I moved back to my hometown because the electronic dance music scene in Mexicali was starting to become much bigger than a lot of the bigger cities in all Mexico. It’s a really safe place to live in, plus the EDM scene it’s constantly and rapidly  evolving and there’s a lot of healthy competition between most of the DJs so I think it’s a good place to live as a DJ.  The only downside is the weather, it’s so extreme sometimes it’s not even funny.

Growing up everybody (including myself) was in influenced by MTV. I found out about techno and house music thanks to MTV because they always transmitted music videos from the likes of Cassius, Dirty Vegas, Underworld, Aphex Twin, Chemical Brothers, Daft Punk, among others. I didn’t have much knowledge about dance music, but I knew a lot about hip hop, r & b and rock; all kinds of rock (I was in a band, I started playing guitar at the age of 12). I really think every single band/dj I know has influenced me.. from Michael Jackson to Art Department, every single artist I’ve admired has influenced and shaped my music to what it is now.

It’s amazing! There’s a lot of people (including myself) that are trying to do things the right way and help Mexicali evolve into one of the “Go To” places in the world for a DJ and the dance music lover, and a lot of people I know have been doing this for many years and we all love it.  And like I previously said, it’s evolving so fast and there’s a lot of competition between us DJs and promoters so many of us are constantly pushing our limits to create the perfect 2hr set or bring our favorite DJ/Producers we know. Plus we all (most) support each other so there’s a certain brotherhood feeling on every event we create or attend making a really wonderful atmosphere for everybody.

Around age 23, when I checked my mail and got a check for the amount of $1500 usd for a couple of hip hop tracks I sold to a fellow producer. I couldn’t believe that somebody was actually paying me for something I loved doing. That feeling hasn’t gone away.

I love collaborations. I love that there’s an endless world of possibilities when there’s more than 1 head shooting ideas thru the air.

Very! There’s a lot in some very specific places, I believe the more competition there is at a certain city, the more you evolve as an artist. I wanna move to London before May because there’s a massive amount of talent over there.

Don’t do this to get noticed or because somebody else did it and is now getting a lot of fame or fortune; do this if you really love it. I stopped doing what I was doing before because I was doing it for all the wrong reasons, I stopped trying to create “hits” and started making music that I truly loved. I used to dislike most of my music, now I listen to it and it puts a smile on my face and just makes me wanna dance to it every time I hit play.

Last summer there were a couple that truly changed it: Lovebirds – I Want You In My Soul (plus Hot Toddy’s remix which I can’t stop playing!) and Michael & Mattis – Holy Moly out on Nurvous Records. I gotta give props to Andrew from Nurvous for having such a fine ear when it comes to dance music.

The lovely people you get to meet which most of the times ends up in new friendships.

One of the worst things I hate is missing my friends and my girl. This last year I let go of the project that was getting me to do tours all over the world and I turned down many gigs and many offers from a bunch of respected agencies so I could start fresh on this new project. It was the best decision I’ve ever made.

The only downside was that I had to stay in my hometown for more than a year, working my way up the ladder again. I became such a homey person so it’s still hard the be away on the road but I should be getting used to it in no time!

Best moments on the road are when I go back to a city I’ve been before and catch up with the friends I’ve made.

My label will be up and running this month and we just had a Launch Party with MEXA Records artists only such as: Spacebyrdz, Justin Baulé, Alex Rubio, Climbers, Lee Foss and myself, plus the PRE-launch party with none other than my favorite Barcelona-Based-House-Gangsters Miguel Puente and Sishi Rosch.

Crown Royal and Red Bull (but thanks to years and years of “drinking irresponsibly” my liver got so busted that I can’t drink both no more, so right now Crown and Sprite do the trick!)

This mix showcases the first tracks to be signed by Mexa Records.