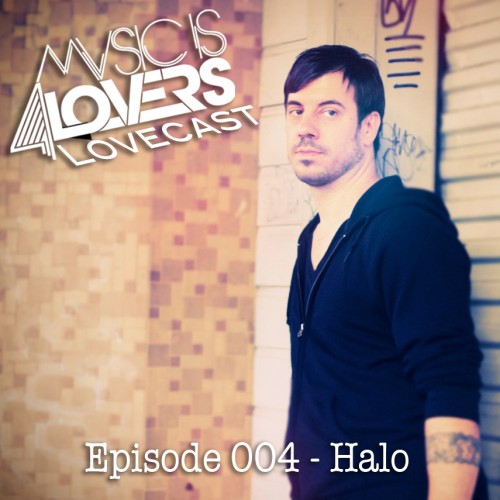 [Artist Profile] Brian Varga, aka Halo, is a Chicago native house music legend. Lucky for us, Halo currently resides in our backyard here in sun-kissed southern California where he has made his home for the last several years. His music career has taken him on quite a journey over the last 20 years, from DJ to producer, record label owner to record store owner, Halo has really done it all. He has a slew of productions out on labels such as MN2S, Large, Siesta, Yoshitoshi, Soma, NRK, Nordic Trax, Foliage, and Orion Music to name a few and has toured the world playing in countries like Brazil, South Africa and Singapore.

Such music, spirit and enthusiasm have earned Halo a top spot on URB Magazine’s Next 100, a nomination for Best DJ in 2003’s International Dance Music Awards (IDMAs), two Top 20 finishes in BPM’s America’s Favorite DJ for 2003 and 2004, and twenty years of making fans. In 1999, Halo paired up with partner and friend, Hipp-E to form the duo H-Foundation, going on to release numerous records on labels such as SOMA, Siesta, Low Pressing, NRK, Fabric, Yoshitoshi, and Camoflauge. In 2001, Hipp-E and Halo made their debut at London’s famed club Fabric, putting out a special 7th Editionto the Fabric mix series the following year.

In 2009, Halo’s classic production, “Future”,was voted #95 on Resident Advisor’s Best Track of The Decade. As of late, he has also started a new label, under the moniker “View”, with friend Nikola Baytala called Surface Recordings. It seems as though Halo still has a lot to offer to the dance music world and is not calling it quits anytime soon. “I’ve been DJing for 20 years,” he says. “And I love what I do.”

We are very grateful to have Halo guest mix the fourth episode of our Lovecast series and provide us with this exclusive interview. Press play on this mix and take a deeper look into this house music hero: Halo.

I was born and raised in Chicago & moved to the west coast in 2000.

Growing up in Chicago had the biggest influence on me musicaly, living there played a huge roll on my music carrer I was surrounded by the most amazing music and djs I remember being 16yrs old and going to my 1st underground loft party’s listening to Ron Hardy, Larry Heard & Frankie Knuckles.

San Diego has grown so much over the years there are some really nice party’s here right now, the problem was alot of the European djs that play in SF & LA usually skiped over San Diego and would go straight to TJ but a lot of that is changing over the last year. There are a few people here doing some really nice events including the Love Life crew, Art Of Sound crew & me and my partner Paul Najera do a series of party’s called Lost N Sound that is tied in my my new record label Surface.

Well I started out djing at 16yrs old, had my 1st real job in a record store for about 8 yrs and while working at the record store a few of the guys that worked there had small home studios at the house they invited me over to sit in on one of there studio sessions and that’s when I got hooked because now I could take me music carrer to the next leve.

I work well alone, but it’s great working with a friend because it lets you step out the box and you can share ideas that maybe you wouldn’t do alone.

I think it’s super important because where you love you should find inspiration all around you to be created in making music.

The best advice that I would give is listen to music that inspires you and use that to create your own sound.

There has been way to many records to name I hear records all the time that hold a special place within me.

The best thing about touring / travelling is that I’ve seen some of the most amazing places in the world and made some really close friends on the road, the worst is the airports.

Yea lots of great and exciting things happening this yr including the launch of my new label Surface, finishing my album this yr & and also have some really nice remixes that are coming out.

Coffee in the morning & Johnny Walker black in the evening

What can we expect when we listen to the exclusive Dj mix you did for us?

The dj mix is a small series I’m doing called Slow Play which is more of a nice deep warm up mix to listen to before your going out or on your way home it’s a bit slower than your normal club set. Hope you enjoy it.