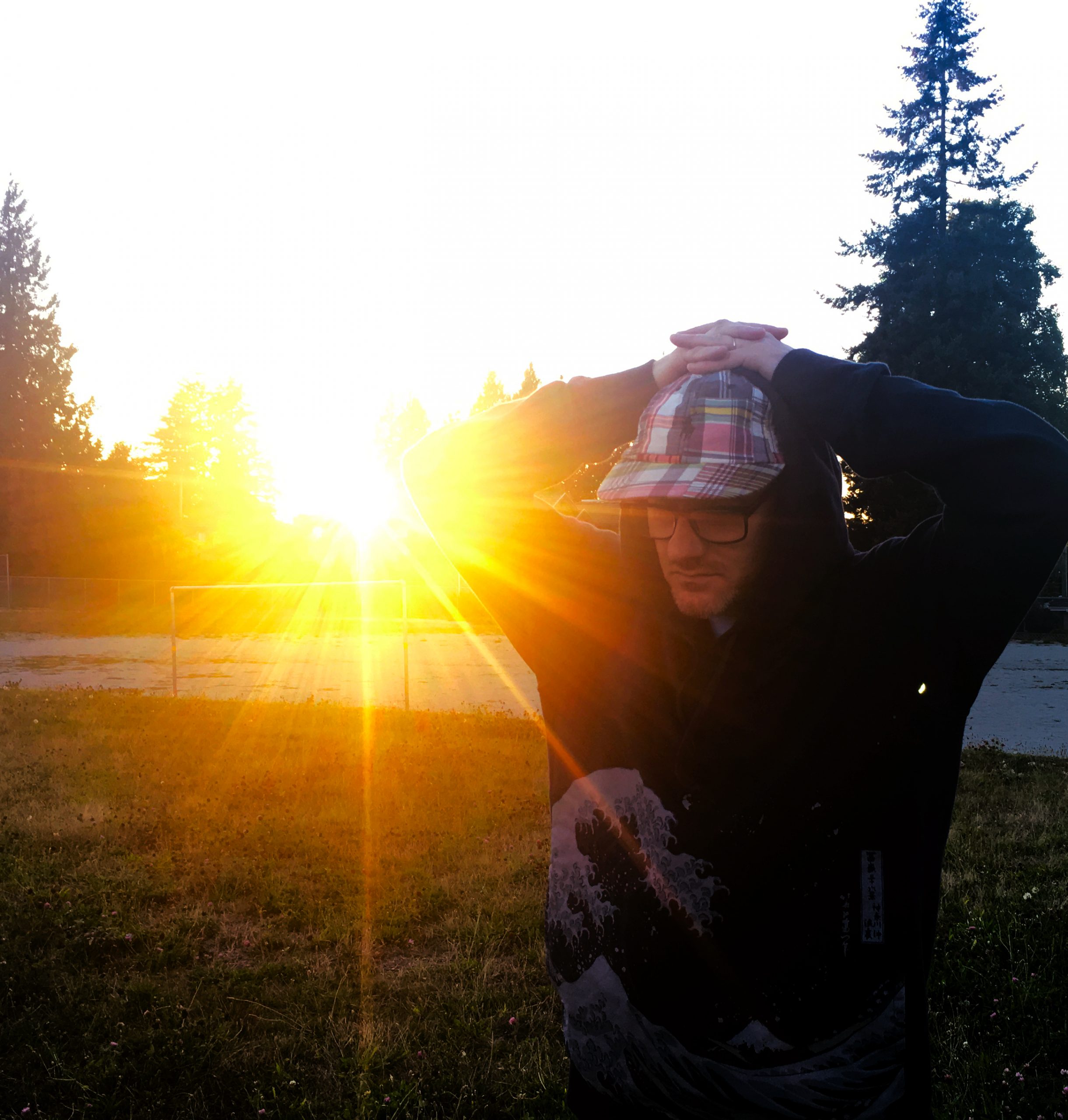 A Chat with Rennie Foster

Exciting times for Rennie Foster as he recently delivered his fantastic self titled album, a fresh encounter of underground and raw house, and acid tracks, made from the heart. More amazing output from the talented Canadian, also incorporating his love for hip hop sounds in ‘New Dawn’ ft Justin Brave, a well rounded album, coming at the right moment. We discussed creativity, his latest work, and what we can come to expect from the RF camp in the near future. Let’s go…

Thanks for chatting with us today Rennie. How are things where you are?

That is a very good question. I’m not sure because, like most people in my area, I am mostly in my home and near my home since March, after a bunch of gigs were cancelled, and only get information from various talking heads on screens with several different conflicting narratives of information, each like a different episode of the Twilight Zone and each thoroughly upset with each other. I’m trying to lay low in the meantime and make music over here myself, hang out with my family and pets. I have a dog named Phife and a cat named Chanel. They are here with me now and we are very well, thank you.

What have you been doing this year, with less time in the clubs and outside world? Has your creative flow been affected?

Well, I’ll tell ya, it’s the longest I’ve been without performing for a crowd since I started doing that when I was a kid in about 1983. From b-boying and dance to being in a rap group, to DJing for dance floors, which has been my primary means of both performance and focus of the music I create since the early 90s. Not to mention a seemingly necessary outlet, so it’s weird psychologically, yes. Although it must be said that I have many years of incredible gigs under my belt, I’m grateful for that, and I imagine it’s a worse scenerio for those artists just starting to get going with shows. Myself, I am definitely ready to get back out and DJ with a fresh outlook musically, and lots of hot new material, as soon as the industry allows for this legitimately.

Tell us a little bit about your latest body of work, your self titled album on your label? Is there a story behind the album?

The story behind the album is the quarantine down time and focus in the studio to finish a series of tracks I’d been working with and playing out for a while, and writing new tracks that go with them. My other three official, and two other, full length releases have been collections of tracks from vinyl, singles, compilations, and then other tracks created to complete the release. This is the first full ten tracks designed and released for one thing, and it’s a low key release on my own RF label. The art was done by Jason Vickers aka Bink, OG Seattle graffiti writer, BAM Crew. If you buy it on the RF Bandcamp you can get the whole thing for two bucks, so if you’ve read this far in the interview at least consider it. It’s like the cost of bus fare.

What are your favourite tracks from the album?

My personal favorite is a wavey minimal synth pop sort of cut called Fallen Angel. It started life as a remix that was soundly rejected by a European label, that I just loved and kept working on sans their parts. People who follow my work know there is a thread between tracks like Devil’s Water, Demon’s Muse, Invoke, Witch Hazel, etc. and this is another piece of that cryptic story musically. Also, there is a really nice video created for it, thanks to a local marijuana extracts company here in Vancouver called White Rhino Extracts. It includes scenes shot during my rainy set at Shambhala Music Festival last year.

A new remix I did for the Diffuse Reality label called The One Who Knocks just came out, very deep and minimal techno. I am putting out another EP Sept. 25th called Give The Power on the UK label S.I.N. aka Somewhere In The North, melodic acid tunes. I have a track called Deposition Acid, consisting of drums, TB-3 squelch, and air-raid siren only, coming out on the now legendary UK vinyl only label Weapons Of Desire. I am particularly confident with this cut, pretty sure it’s among my best, for straight up acid anyway. The record, a 6 track compilation includes certified belters by Drvg Cvltvre, Perseus Traxx and info is coming on that one. Will be hot wax I’m sure. I have another track called Guiding Light upcoming on vinyl for Detroit’s Soiree Records in the near future too. The Tokyo based UNKNOWN Season label will also drop a remix I did for Detroit deep house master Rick Wade’s cut Angry Orchestra soon.

What has been your most listened to track during quarantine?

I suppose I should use this question to promote a release on my RF label, of course I am listening to those, especially in the car, especially upcoming stuff by Satoshi Fumi, So Kobayashi, Jat Strata, The Passenger, Adam Hendrickson, Alex Joy and many others. The honest answer though is that I have been binge listening to a wavey synth band from Philly I recently discovered called Korine. I especially love their songs Fate and Heaven’s Servant right now, just can’t get them out of my head. Great band on an indie label called Born Losers, recommended.

Are you collaborating with other artists much? Are there any artists local to you we should keep an eye out for?

This new album doesn’t have all the musician collabs that Game of 100 Ghosts did, but I did manage to have a rap vocal track on there called New Dawn with OG West Coast Canadian rapper Justin Brave. He just dropped a ridiculously dope album called Between The Lines that I highly recommend. There is a track on the album called Black Diamond that also has my homie Nico playing a very interesting electronic cloud-drum sort of instrument, so collaborating like that, I am always doing, but 99% of music making is lone wolf in cave mode right now.

If you can give one piece of advice to up and coming producers what would it be?

Yes, don’t rush to be a producer. You do not need to be a producer to make electronic music or work with a DAW. Just be an artist, a musician even, for a while at least, before you start thinking about what you do as making a product. I have been doing this for decades now and certainly have a lot of product out there, in every format from cassette, to vinyl in all sorts of colors, digital files and video uploads and whatever else, and still, I really don’t think of myself as a producer, at least not primarily, unless I am really in release prep mode and have to. Most of the time I am an artist doing my best to stay an artist, making art that I like. Not to sound pretentious about it, but I really think that this mindset has served me pretty well, so I recommend it.