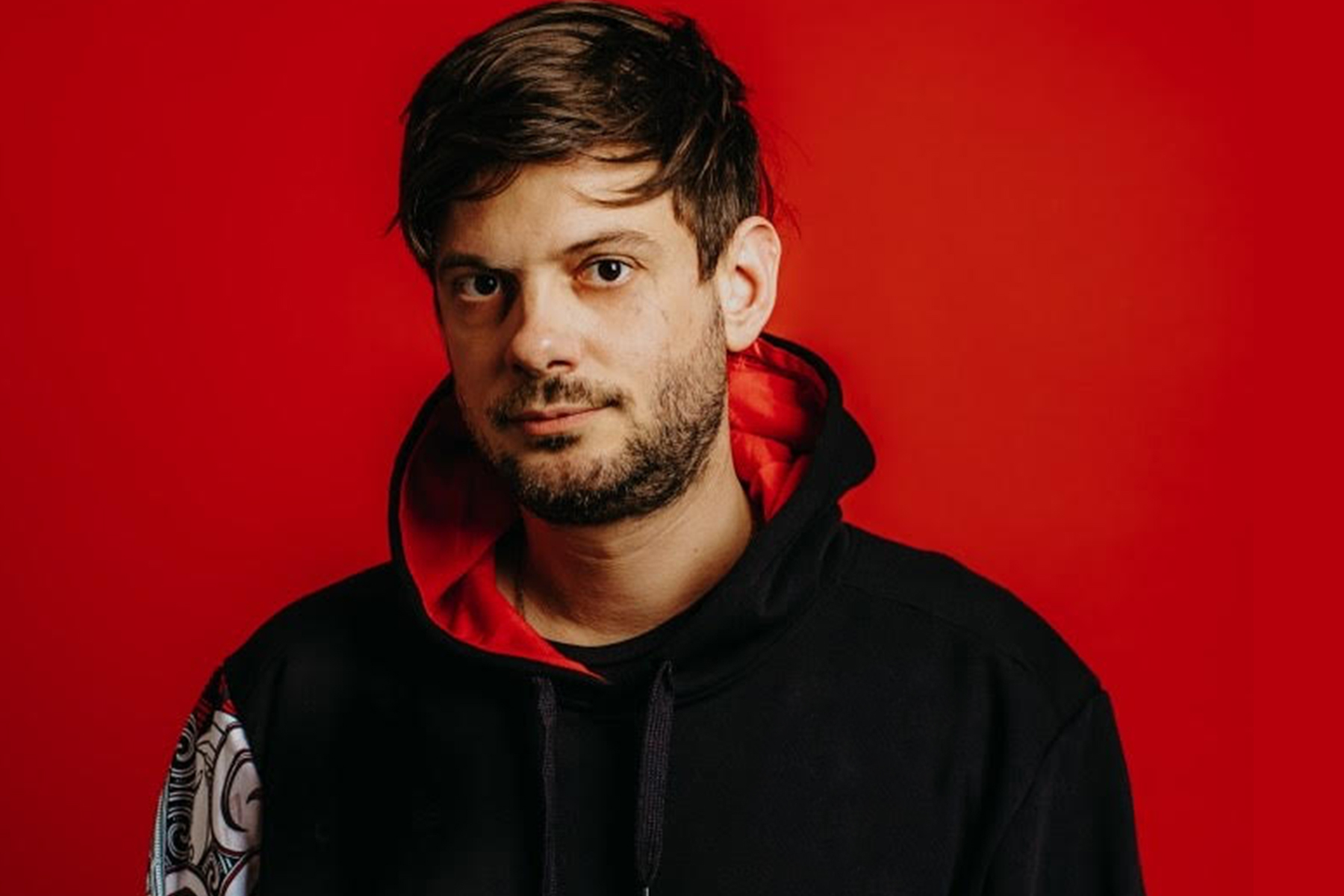 Formerly of the Berlin-based duo, Robosonic, who released music on labels such as Suara, Defected, and OFF Recordings; Sacha went solo in 2012 and blasted into the scene with “The Major” on Dirtybird. Since then he’s released tunes on This Ain’t Bristol, LOST Records, and Desert Hearts.

Now in LA, Sacha Robotti is regular on Dirtybird line-ups and has played all the major festivals in the region, including Coachella, Burning Man, EDC, and Lightning in a Bottle. 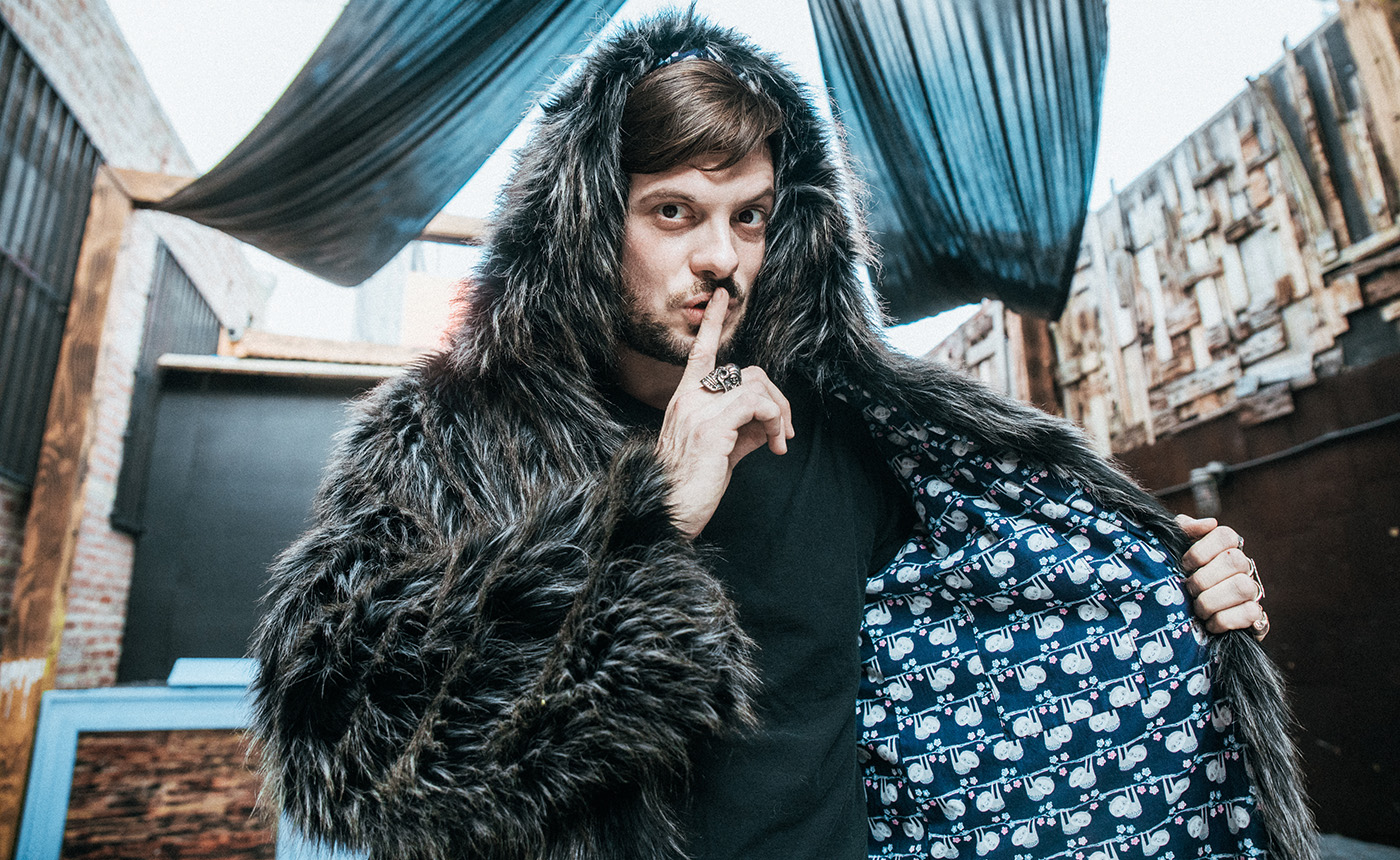 Can you tell me about how got into electronic music and became a producer?
Hey guys, thank you for hosting me! I’m honored. Long story short: I played the Cello until 1995 when I was 15. My mom passed then and I had associated the Cello with her closely, so I felt I couldn’t play anymore when she passed as it was too painful. I had discovered electronic music in the form of Techno, House, Drum & Bass and Trip Hop around 1992 and got into it more and more until I actually started DJing with friends when I was 15-16. That’s 24 years ago now… DJing led me to produce music ultimately.

What artists were you listening to that impacted the tracks you wanted to make?
Everything impacts your art! Life does – not necessarily just other artists only. Artists who motivated me the most to hustle were the ones who elevated themselves out of difficult situations, artists who innovate, artists who inspire masses of people positively. I think that the electronic artists who left a mark on me were the ones I saw live between 1995 and 1998 or so; too many names to mention them all tbh since I went out a lot, but to narrow it down for you geographically, I saw many of them play at Fuse in Brussels and Food in Leuven, Belgium during that time.

Tech house and techno are constantly debated as different sub-genres of electronic music. How do you define them and what moved you to blend them together?
I try not to focus too much on genres or sub-genres or you get lost in brain dialectics, that’s the job of a journalist or people who want to hype a “new music genre” then milk it commercially ‘til it’s like an empty plastic bottle. Like what happened in the last 10-15 years with Minimal, Deep House, Dubstep – you name it. I rather try to feel the music and base my opinions and judgment about a track on that.

If you ask me about definitions, I can give you some broad ones of how I was introduced to this style of electronic music in the 90s. In general, and from its inception, Techno is faster – let’s say above 130bpm – more industrial and futuristic, it’s electronic music with a “machine soul”. House is slower – let’s say around 122 bpm – generally more “funky”, with more vocals and “real instruments”, and building on soul and disco originally. Other people have different opinions about those definitions.

The lines between genres have been getting blurrier, and people are trying to debate what’s “real Techno or House” and what isn’t. I’ve heard people play big room EDM bangers and call that Techno, I’ve heard people trash talk Tech House claiming it’s commercial and that they are real Techno heads – but also, I’ve experienced the same people look at you with big eyes when you ask them who Derrick May is.

Personally, I play and make what I like, however it will end up being categorized later under aspects of sales and personal opinions.

What is your approach to DJing, who influenced you as you got into it, what is your own unique style?
My favorite DJs to watch when I was a teen in Belgium were the wizard Jeff Mills and Dave Clarke. Mills because he had a crazy fast tempo of throwing vinyl records together relentlessly, without really cueing them up. Dave Clarke because he had this attitude and “Hip Hop” way of mixing, cutting, doing backspins etc. Both killer DJs that are still some of the best in existence today IMO, hands down. When I started DJing, I think I based my style of mixing on these two artists, more or less subconsciously.

How has your year been? What has been good and bad for you?
My year has been intense in every aspect, huge ups and downs! I’m super proud to have launched my label, Slothacid, to be on an open-to-close tour where I can show off my skills, and to have overcome the sad times of losing a family member and taking care of everything related to that. I also received my Green Card this year so I’m a permanent resident right now, which makes me sleep better at night! At this time, I want to say thank you to everyone who has supported me, shown me love, and taught me important life lessons.

What’s next, what else are you working on?
I’m working on the next releases for my label, and turning my brand into a viable global business.