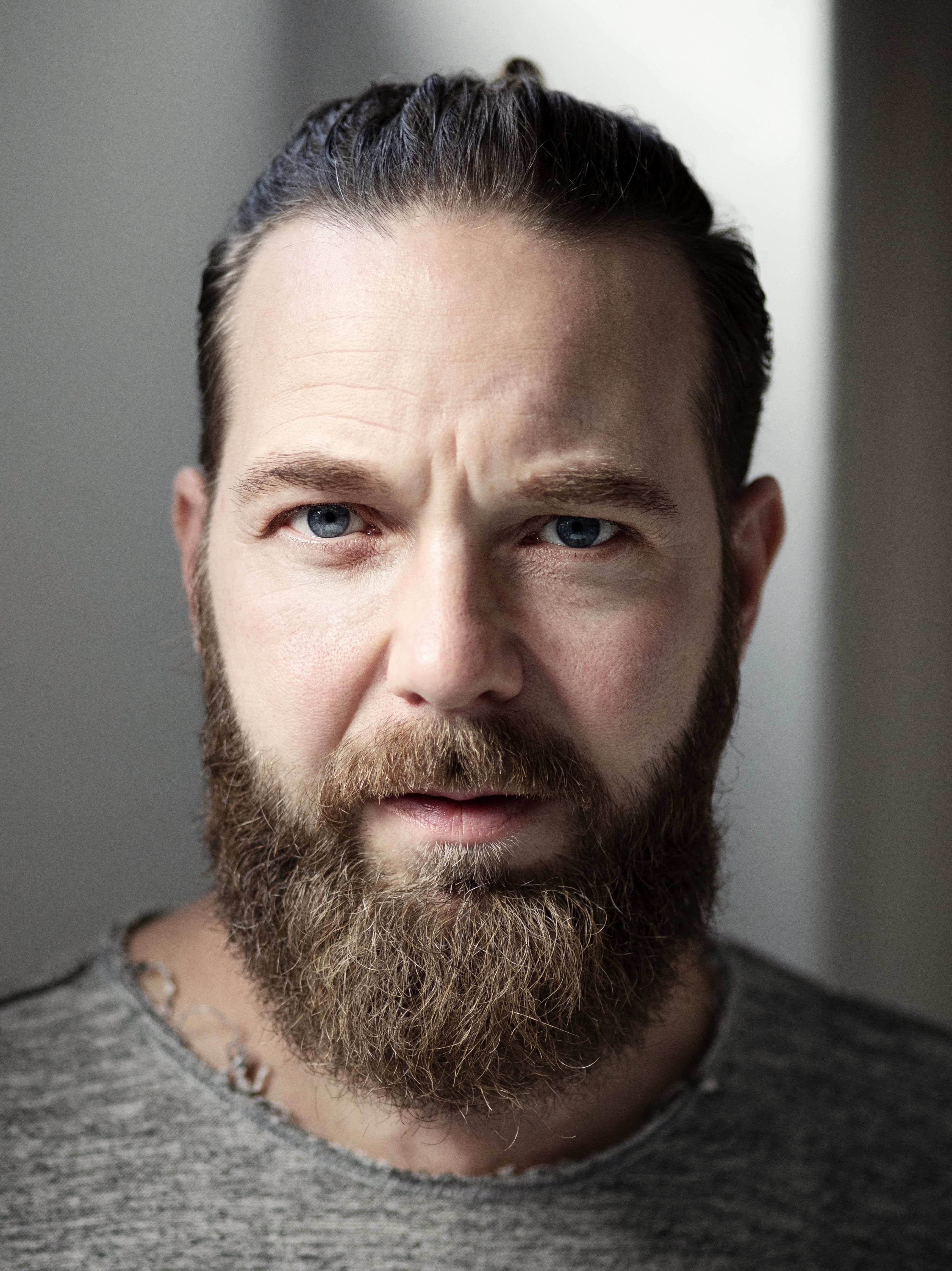 Acclaimed Norwegian artist Djuma Soundsystem is known for serving up magical tribal grooves and for releasing on the likes of Rebirth, Crosstown Rebels, Zehn and Sol Selectas.

He now returns to mark the twenty first instalment of the Get Physical Body Language Series which features seventeen unreleased productions from start to finish. ‘Body Language Vol. 21’ is available now, buy it HERE.

1. Hi Mikkas, thanks for taking the time to talk to us. How are you today?

Hi Music is 4 Lovers! Good to hear from you! Today I’m in such a good mood, that even my jam packed easy jet flight being over an hour delayed already can’t bring me down.

I’ve had a very productive week in Berlin, meeting with the Get Physical label, doing a youtube show case with them that will air next week, some radio shows, and I even squeezed in some studio time with my good friend Jonas Saalbach. We’ve been talking about a collab for some time now and we finally did.

I also played outside on the Strand” stage at Sisyphos yesterday (Sunday) afternoon. It was the first really sunny weekend of the year. The vibe was electric and felt perfect for my organic, tropical and afro tribal grooves. The crowd really inspired me to push myself to go way deeper than I usually do, and I enjoyed every second of it. I also have a new E.P. coming out on Get Physical today, so no reason for me not to smile.

“Prince was for sure my biggest musical inspiration through my teens, but the UK breakbeat scene in the 90’s had a huge influence on my DJing.”

2. You’ve been DJing for over 30 years now! What inspired you to start and what were your strongest musical influences growing up?

If I am to be completely honest, I don’t have any musical background at all. I guess the DJ thing was the second best thing for me, as I never played in a band or anything like that. Prince was for sure my biggest musical inspiration through my teens, but the UK breakbeat scene in the 90’s had a huge influence on my DJing. I didn’t play any house all through the 90’s but a lot of trip hop, break beat, drum and bass and a lot of crate digging into old funk, dub, soul and jazz records.

3. When did you begin to produce music and what was your first piece of hardware?

I started DJing quite young when I was 15, while the production side came much later. Even though I toyed around with tracker on Commodore 64 and Amiga, it wasn’t until I got a more powerful PC, and the software “Acid” in the late 90’s, that I could really do something that made sense. It all started with edits and mashups, then evolved from that. So in other words I see myself as a much more experienced DJ, while I’m still learning every day when it comes to production. And I guess that’s a big part of what I love about it.

“We did it, and even got flowers from the Danish queen for the result, I remember. Pretty absurd times for us.”

4. Can you tell us a bit about the history of Djuma Soundsystem, how did it start and how has it developed into what it is today?

Not many people know this, but the real start was kinda accidental. My buddy Lars (that became my partner for years afterwards) and me got asked to make electronic music for a ballet. We had just a little more than a week to do it, and didn’t sleep more than a couple of hours in the process, to be able to finish it. But we did it, and even got flowers from the Danish queen for the result, I remember. Pretty absurd times for us. After the ballet, Lars and me had a number of projects, many of them being electronic mixed with more organic sounds, like jazz, different break beats, dub-reggae, blues, funk and so forth.

The concept of “Djuma” – which means “Friday” in Arabic, came when we wanted to make club music based on Arabic rhythms, with lots of darbuka drums in it. There were tons of electronic chill out at that time with influences from Middle Eastern culture but we felt there was a big gap in taking these inspirations to the floor, so we tried to do that.

5. Afro and organic sounds play a large part in your productions, where did this inspiration arise from do you think?

The typical house beat with the steady of hi hat and heavy snare on “2 and 4” always bored me a bit. I always thought a rhythm can be so much more than just that, even when keeping that steady four to the floor kick drum. I always feel more attracted to “warm sounds” in general, so being influenced by organic rhythms just feels natural to me. It doesn’t necessary have to be African for me, it’s just the easiest way to explain it to people. In reality my last vocals have been from Latin America, India and even Ireland, but in the context it might sound African.

House is fashion, and it’s quite disposable – sometimes for the good, sometimes to a ridiculous and annoying extent. So there will always be very strong trends where people feel inspired by a certain place or sound for a while, then too many will milk that idea, and make it generic and boring, and then you move on. That’s how the underground always has been, as it strives for the “next thing”. I try my best to not get too affected by trends, but also keep current and inspired by other peoples music. I feel that the African sounds are so rich in diversity, that it can’t really be emptied out that quick. Even if it’s European house with some Afro drums or vocals, it won’t run out of fashion very soon. There’s just too many different sounds and rhythms to be inspired from because it’s such a huge continent.

6. Your ‘Body Language Vol.21′ dropped on the 24th of May on Get Physical Music, with the package including seventeen unreleased productions. We saw from your social media posts that this was a massive achievement for you, can you tell us a bit more about why this compilation is so significant to you?

As I have never released an artist album, I guess this is the closest thing for me. To me it’s much more than just a DJ mix, as it’s all brand new and exclusive tracks, and they are all related to me, being either made by me, remixes I did of others or remixes others did of me.

I also always had this big dream since I started DJing to release a DJ mix on one of the big series, and the “Body Language” series is for sure one of the most significant ones around now. It’s taking me close to two years to finish this quite ambitious project, so I’m very happy to now finally being able to present it to the world.

7. If you could pick out a standout track/remix from the release what would it be?

That’s hard for me right now, as I’ve been so caught up in the middle of the process for so long. I must say that I had some very pleasant surprises from more up and coming producers, and their results was even better than the more famous ones.

Team Distant, from South Africa made a remix of my track “Menage a moi” that has stayed “in my box” since he gave it to me a year ago and seems to work on every floor even if people are not used to that beat. Also Brazilian new-comer “Mezomo” made a brilliant and happy remix that feel like an instant hit. I would like to mention Kostakis’ take on my “Beatboxer” track too. He’s half of “Crazy white boy” from South Africa, and his mix impressed me a lot too. I’m also very happy to be collaborating with Damien Muller for the first time, on the track “Mamey”, that I started on a deserted island in Panama, and he finished in his studio in Santiago. He’s a great guy and very talented producer, so I think we gonna make a lot more tracks together in the future. I could go on for two pages, but gonna stop here to not bore anyone.

“I’ve only been home two months out of the last 2 1/2 years, as I’ve mostly been on a constant tour.”

8. You’re from Norway originally but are now based overseas? What do you miss from your native home and what are the things about your new home that most excite you?

Right at this moment, I’m based out of Copenhagen, which in culture is pretty similar to Norway. But I’ve never been very attached to a national identity, nor very attached to physical spaces in general either.

It can be hectic at times, but I must realize that I’m a nomad in many ways. Like now, I’ve only been home two months out of the last 2 1/2 years, as I’ve mostly been on a constant tour. I love seeing new cultures and meeting new people, but sometimes I do miss my friends, family and maybe most of all my studio, as making music on the road is difficult for me. I need time and space to really sink into the production.

9. You’ve produced on an amazing array of labels such as Rebirth, Crosstown Rebels and Sol Selectas and played at infamous venues worldwide including Ibiza’s Space and Jakarta’s Stadium. What are some of the stand out moments from your career?

I guess one of those moments must be playing the ” Turbine” stage at the Fusion festival in Germany some years back. I’m very happy to be invited back this summer. I love playing Germany in general, as people really “follow the DJ”, and gives you lots of time. That inspires me a lot to go more experimental than I normally would dare to go. My favourite club must be Kater Blau in Berlin. I’m really grateful for them keeping inviting me back so often. At the end of this summer I’ll be back again. Numbers wise, I had one gig being bigger than all the others; I played live on Baha beach in Rio for New Years Eve. It was around a dazzling million people there.

“I feel very inspired, and just wanna dig myself down in a studio somewhere for some time.”

10. What can we expect from Djuma Soundsystem in the upcoming months?

I’m not great at planning, and prefer to go a bit with the flow. It is seldom very practical, but I just don’t know what my mood will be in a month or two. Right now, I feel very inspired, and just wanna dig myself down in a studio somewhere for some time. But I can’t say for sure if I will have the same creative energy in a month or two from now. As the mix series has gathered some attention, I’ve gotten quite a lot of booking requests. I’m more in a studio state now, but it’s always hard to pass on gigs. Most probably I’ll try to stay in EU as much as possible, then do a North American and African tour a little later in the year. I would love to toy around with music for a bit without any pressure of remixes and such that demands a certain result and time frame. Then we will just have to wait and see what I come up with. I’ve always loved making music with others, so will do some collabs as well for sure. 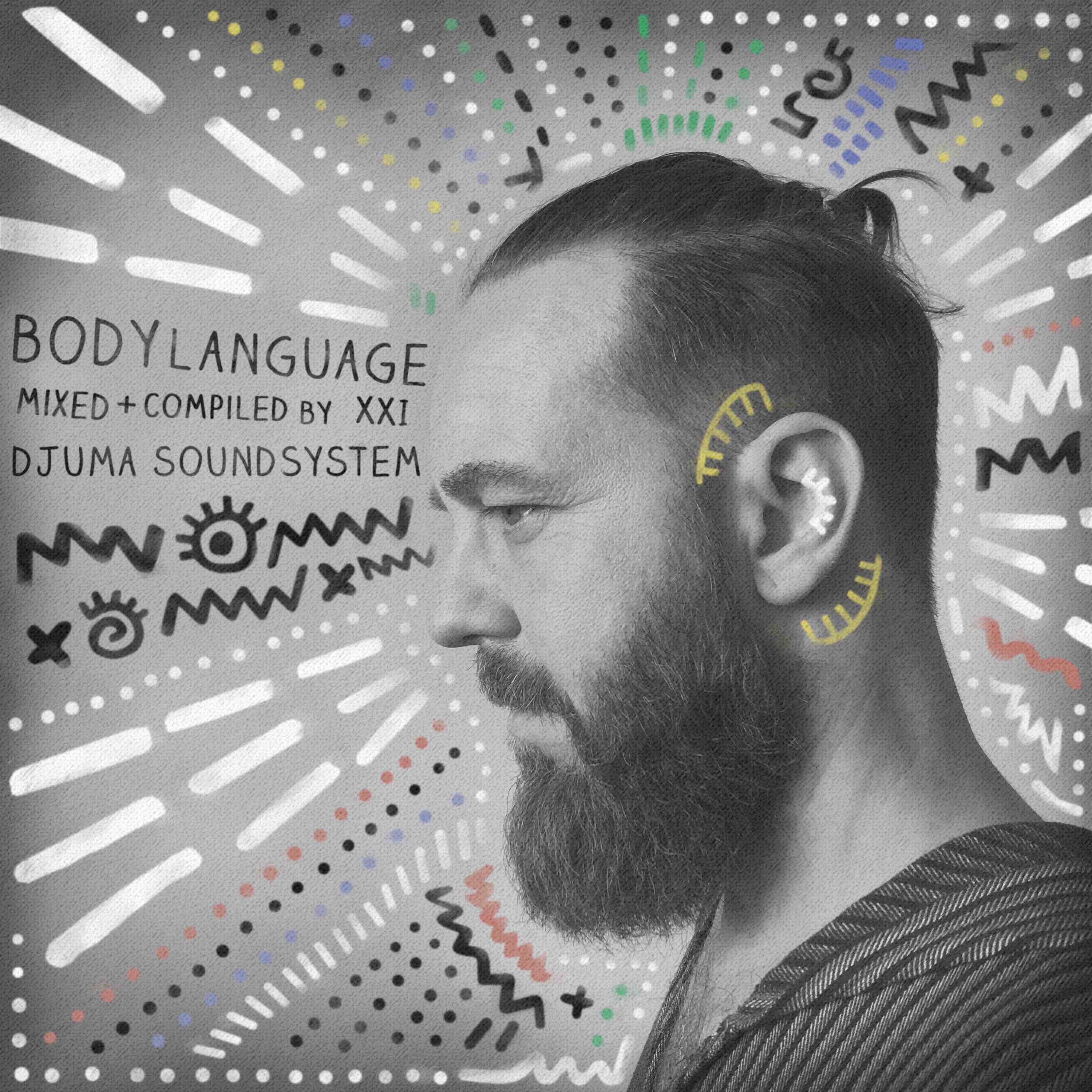