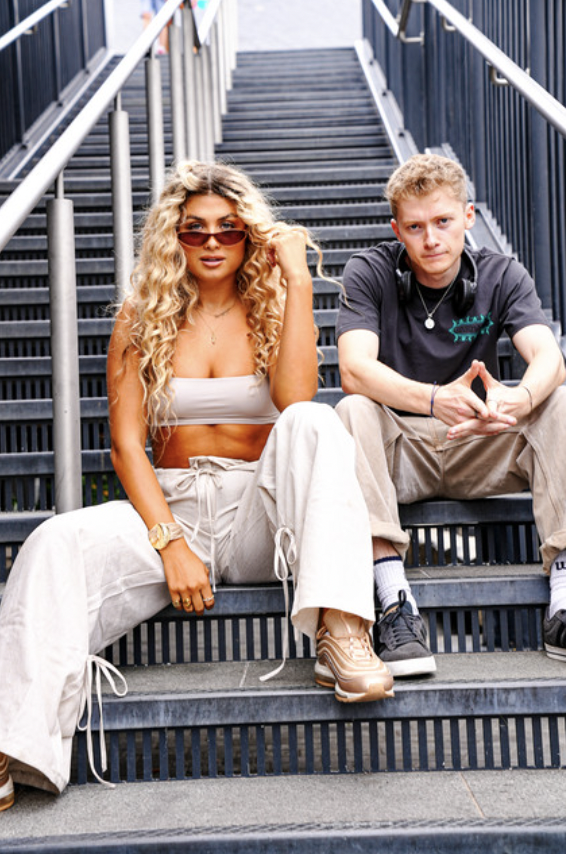 Waypoint teams with Antigoni and goddard. on ‘Never Gonna Love’

Injecting an additional dose of energy into the already massive ‘Never Gonna Love’, Waypoint and goddard. add an infectiously danceable bassline to the record while losing none of the raw passion. The track has served to further cement Antigoni’s status as an up-and-coming artist to watch.

Signing a publishing deal at age 14, Antigoni has since been developing a powerfully original sound that incorporates her cultural roots with her London city surroundings. This mix of genres and combining of Antigoni’s worlds results in a unique sound with a universally familiar tone. Antigoni has been routinely touted as a key musician to watch in 2022. This prediction has only been further amplified by a string of incredible live performances across Europe and a TV appearance as a contestant on Love Island UK. With over 1 million Spotify streams and a global fanbase, Antigoni has drawn support from the likes of Manny Norte from Capital Xtra and Ellie Prohan on her Kiss FM Nights. Her music has witnessed regular support in Spotify’s, New Music Friday, New Pop UK , Fresh Finds Pop and Fresh Finds playlists and received similar support from Apple Music’s New Music Daily, Breaking R&B, New in Pop, New in R&B and The Best New Music round-ups.

goddard. is a UK-based electronic music producer with an impressively varied sonic palette, having had a presence in House, Techno and ambient genres. The producer only recently joined the DnB world and has since amassed over 80m global streams. His most recent remix of Cat Burn’s single ‘Go’ has pulled in an impressive 42+ million streams on Spotify and counting, propelling the record to a UK chart-topper.

Waypoint is one of the newest faces to land in the DnB scene and is making waves with his distinguishable sound and punchy basslines. Since breaking into the music world Waypoint has built up a solid reputation for bringing the good vibes, amongst fans and musical peers alike.

Having grown first through TikTok, with over 2 million views on the first 3 posts alone, and then through SoundCloud, where a leak stormed to Number 1 on the New & Trending Chart and garnered 200,000 plays in its week of release, ‘Never Gonna Love’ has heightened the anticipation for what promises to be a very bright future for these three artists.

To find out more about Antigoni, go to:

To find out more about Waypoint go to:

To find out more about Goddard go to:
Instagram | Spotify