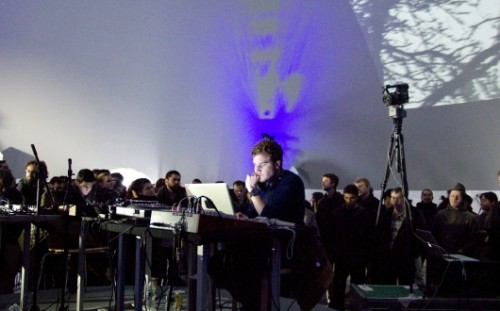 [Video] Here is a video interview with Nicolas Jaar from his 5 hour improvised performance inside of a geodesic dome at MoMA PS1 in New York. As we all know already, Nicolas Jaar is truly a next level creator (even called a ‘renaissance man of electronic music’) and a 5 hour improvised performance by him would have been to kill for, like getting a royal flush at the poker table. From reading the comments, the singer from the video is supposedly Sasha Spielberg, Steven Spielberg’s daughter…like it matters, just thought to throw that in.