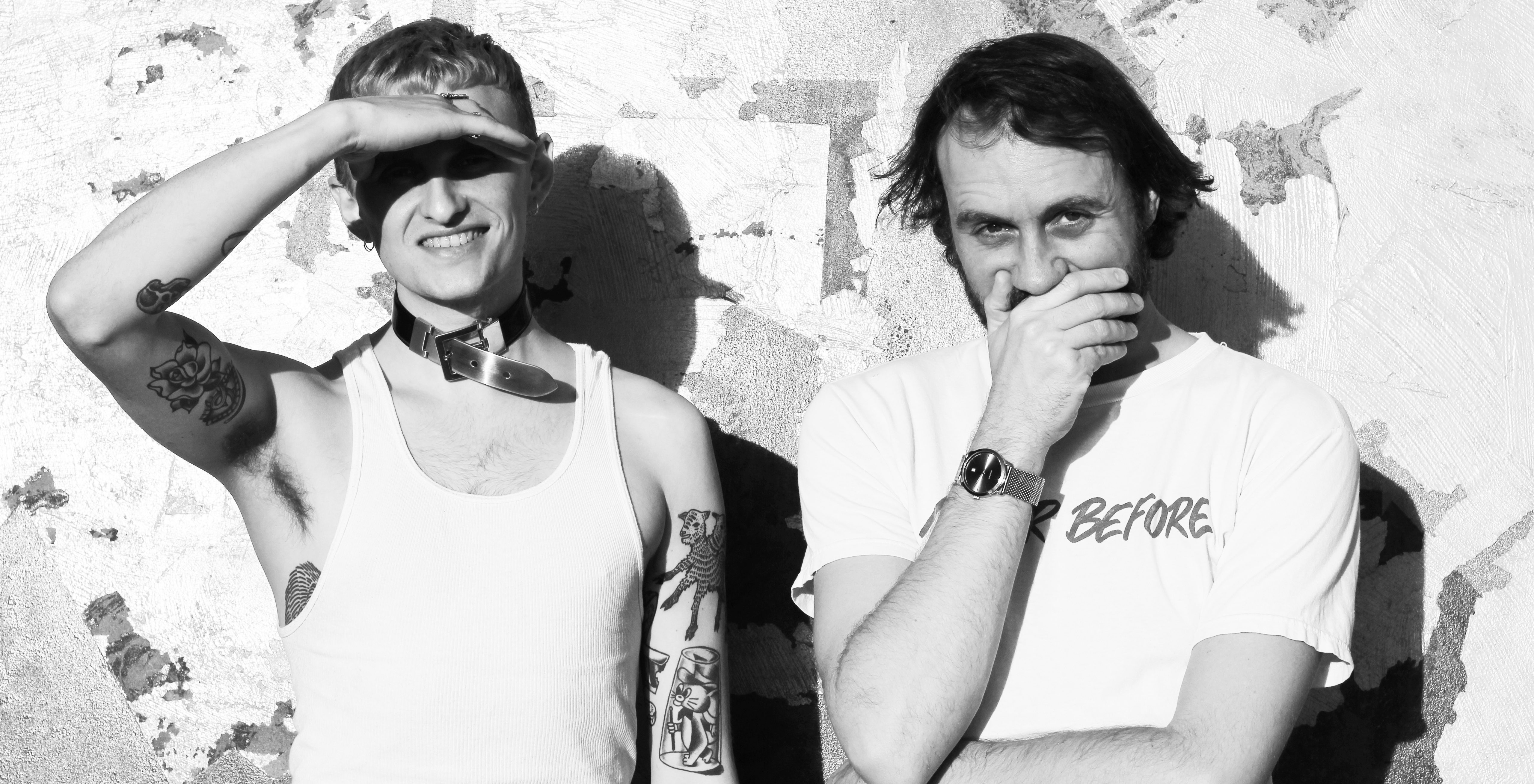 London-based Jerome Slesinski and Jon Arnold aka Super Drama have rapidly gained momentum amongst the LGBTQ electronic music scene since making their debut two years ago. These extremely talented artists have released material on their very own Super Drama Records imprint, Moshi Moshi and Disco texas, whilst hosting club nights at Dalston Superstore in London and at Freeride Millenium’s label party in Stuttgart, Germany.

We caught up with Super Drama to hear about their exciting new EP and label debut on Freeride Millenium, the processes behind each release and exciting new projects to come this year.

XoXo is your first release for Freeride Millenium – how did you hook up with the label?
Jon: It was the powers of the internet, they contacted us after hearing our music on Soundcloud and after chatting we quickly realised we would get on very well.

Jerome: We recorded a set for their mix series and got talking about releases. They invited us over to Stuttgart to Dj with them for their label night and we had a ball! The closing set at 9am was one of our favourites so far.

How do you find working with other labels compared to releasing through your own Super Drama imprint?

Jon: When we do everything ourselves we have full creative control but also have to pay for everything ourselves too, so that’s all the promo and paying remixers etc. It’s nice when another label can do that for you sometimes! Freeride have been absolutely amazing though we couldn’t be happier with how they have treated the release.

Jerome: We’re both DIY labels and that’s great because you don’t have any restrictions. The only limits are your imagination really, and certainly we have learnt a lot from Freeride. They’re super professional and also completely crazy which we love.

In a couple of years you’ve picked up some crazy support for your output and DJing, who have been the stand outs that have had you pinching yourself?

Jon: It’s always cool when someone you’ve liked for years puts one of your remixes out, like when Erol Alkan did on his label Phantasy. We were both so excited about that! Mainly though it’s the friends we’ve met along the way, when our peers/mates like Hannah Holland or Josh Caffé gives us a thumbs up that’s always the best.
Jerome: It’s so nice and also super surreal getting support from people you grew up listening to. Moshi Moshi records for me was a huge achievement. Not only did we get to work with the lovely Stephen Bass, we also got to use their amazing studios for a week. Both Jon and I grew up in that electroclash scene in East London so it was a dream come true to release with them.

How do you approach the division of labour when you’re in the studio?

Jon: We have a few different approaches, and it’s definitely been made much more difficult with the current Covid-19 crisis! For instance D-List on our Freeride release, that was started maybe six months before we finished it and sounded completely different. We went back and forth for so long, Jerome adding new melodies and acid lines with myself working on the drums and arrangement, but our workflow differs every time! We always like to meet up in the studio but of course can’t do that right now so it’s all ideas sent back and forth online.

Jerome: We have remote studios at the moment and we both switch between our hardware setup and home studios. We meet up to mix the final tracks in our main studio. I make the tea/open the wine and Jon looks after snacks. His selections are delightful.

Photography seems to play a big part in what you do, from your own label artwork through to the Freeride Millennium sleeve (by Daniel Rajcsanyi) – can you tell me a little about your relationship with the medium?

Jon: We have both been big photography fans for many years. We love taking photos and have dabbled in film and digital photography and both had dreams of being the next Ryan McGinley which didn’t work out!

Jerome: Yes it’s true, hilariously we’ve both been photographers before. This makes for a wonderful in house team and we both really enjoy it as a medium so it’s nice to continue the practice. Jon shot us some amazing music videos too!

Your music is unashamedly raw but you don’t shy away from melody or vocals in your tracks either – how hard is it to balance those aesthetics?
Jon: It can definitely be tricky, especially when we get too carried away and end up making something too extra or corny. That’s why we always take a bit of time once we think we have finished a track, to make sure it’s actually good or not! We definitely walk a fine line! We also just love melodies and vocals, life would be boring without them.
Jerome: Emotion is everything to me in music. I adore heartbreaking soul or ice cold synth pop, and have a huge range of influences from charged up punk to saccharine R’n’B jams. The thing all of them have in common is emotion, and that’s what we try to achieve in every track.
Much has been made of your involvement in the London club scene in the past few years – who do you think we should be keeping an eye on, musically?
Jon: There’s so many good producers and DJ’s in London right now it’s crazy. Our favs right now that you should definitely keep an eye on are Elles, Reece Spooner, Michelle Manetti, FYI Chris and Angel D’lite. Can’t forget our favs Hannah Holland and Josh Caffé too.
Jerome: Yeah the city is on fire with talent at the moment. From legends in the scene like Grace Sands (Queen Of The Downlow) and Jaye Ward to rising stars like Joshua James. It really is such a buzzing scene. Obsessed with Lorraine James and Six Figure Gang too.
What do you have on the horizon at the moment and, if anything, what’s on your ‘wish list’ in terms of achievements?
Jon: We have quite a few things on the go right now. The Freeride release is super exciting and we also have a new ep out in June on a brand new label but that hasn’t been announced yet. We had a big project ready to show everyone but corona ruined that for us. It will come out soon though hopefully!!! To add to that we also have some new releases on our label lined up, our wish list has kinda taken a break as the world as stood still but we really wanna play in as many different parts of the world as possible. The Super Drama World Tour!
Jerome: We’re working on a live show too which I’m super excited about. DJing to a good crowd is the best thing ever, but I have a yearning to take it to the next stage. We use so much hardware in the studio anyway so it feels like a logical progression and would be super fun to work with live vocalists (Max Allen we’re looking at you) and incorporate more performance concepts into the set.
Super Drama ‘XoXo’ is out on the 14th May on Freeride Millenium 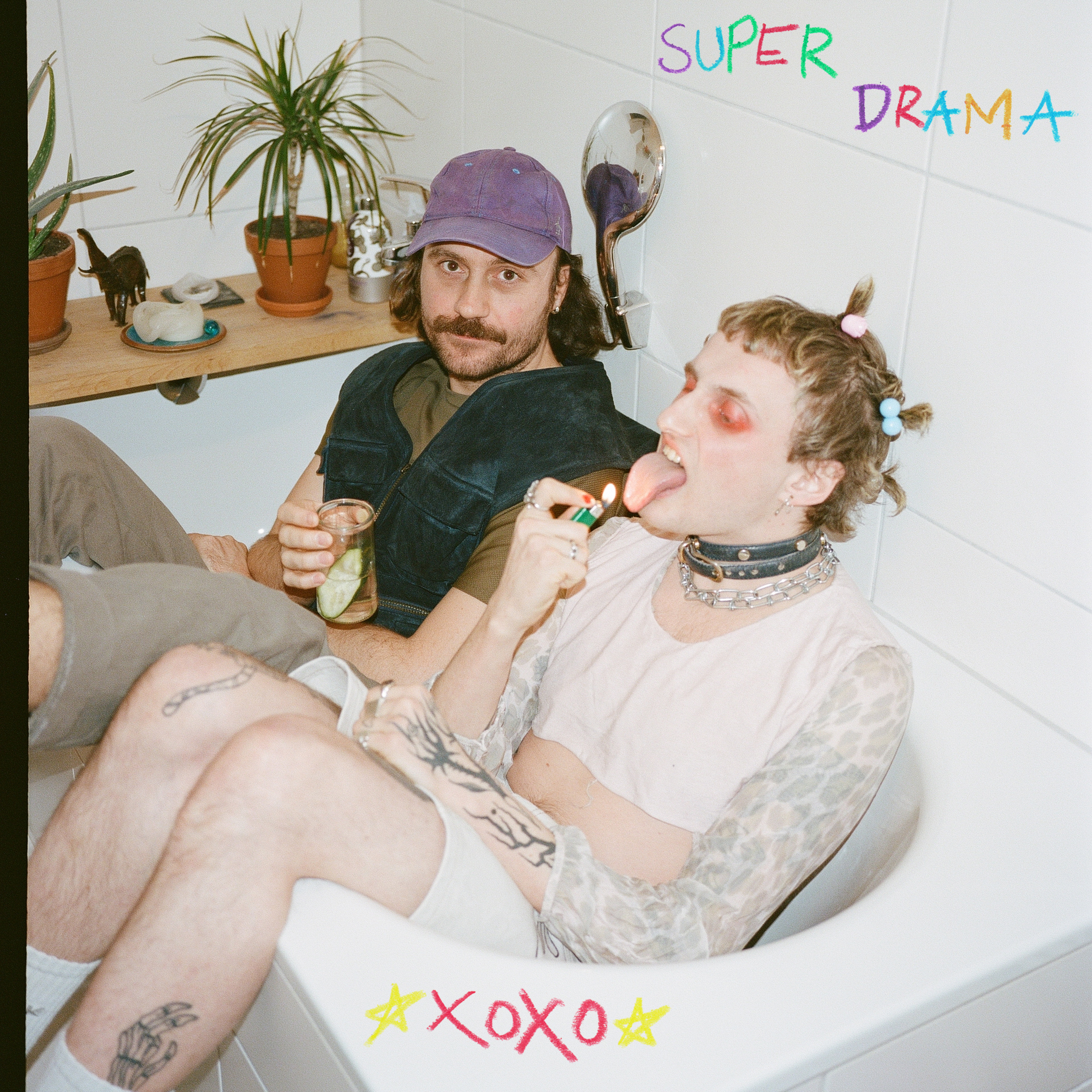