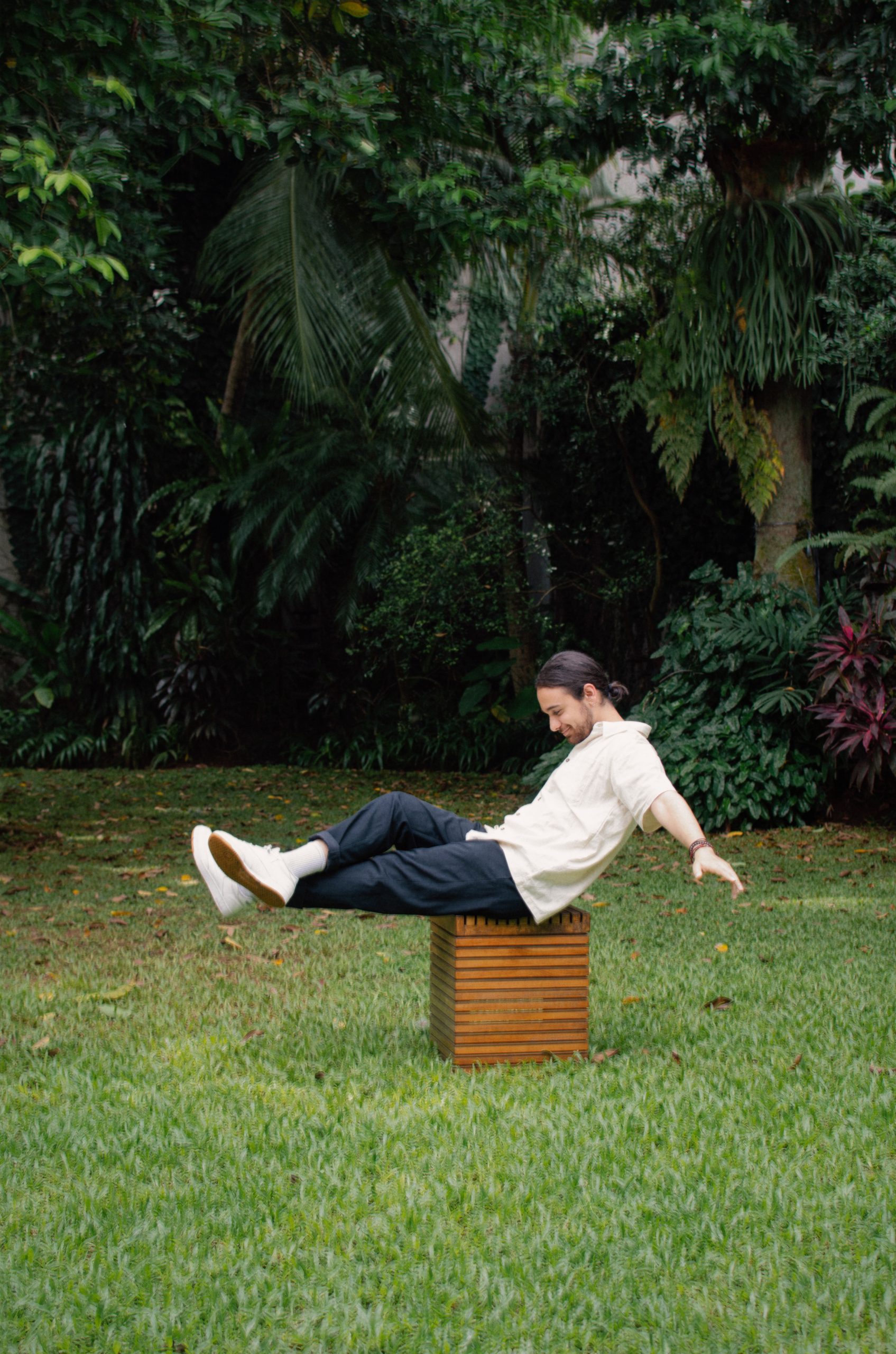 Hi Shafkkat, it’s great to have the chance to speak to you today.

Hey, it’s great to speak with you too! Thanks for having me.

Congrat’s on your up coming EP release ‘Desires’. How would you best describe the sound of this record to those who haven’t heard it yet?

Thank you, I’m very excited about it. I explored a few different fields of electronica for the EP. There are definitely some club-focused elements in there, but on the flip side of that, I also have a lot of sound design going on with a lot of audio manipulation. You’ll also hear some guitar, handspans and a lot of synth stuff. The main theme of the EP for me was evolution, so you’ll notice that there are some pretty drastic transitions where the energy does a complete 180 flip in most of the tracks.

Have you had a chance to test it out on the road yet? If so, is there a standout track that really sits well with the crowd?

Yeah I’ve played Pick Me Up a few times now, it’s been great for switching the vibe in a club from something a bit darker and moodier to more upbeat and groovy. The reaction to that one in in particular has been great! I recently had my first live show at Peckham Audio and included three of the tracks in my set. The crowd response got me quite emotional, I was very grateful for that evening.

Let’s go back to the beginning, how did you first fall in love with music?

I’ve always been crazy into music. Growing up, my parents would play a lot of hip-hop, which I would say was my first love. I got really obsessed with finding out what samples were used in these tracks, so from dissecting all of this music, I ended discovering soul, jazz, funk as well as music that steered away from what a mainstream audience would generally be exposed to at the time.

When I was about 13, my dad bought this soul music compilation, which had people like Al Green, Patti Labelle… so I remember importing all the tracks to my computer and chopping them up, pitch shifting them and layering with crunchy drum beats so I could try and produce like Kanye or Dre. That love for sampling translated really seamlessly into my exploration of electronic music.

How would you say your sound has developed over the years?

When I started making electronic music, dubstep was still in its infancy, which drew me in because there was a genuine sense of community within the sound. I was making that as a teenager, and it got me really into sound design. When I’m writing music, I like to create a little world in my head; whether or not that translates isn’t important to me because that

part is just for my own brain, I guess haha. My drums are probably the thing that I’m most focused on the most when a part of me wants to connect to the listener, like how do I bring them into this world I’m creating? I really like to make people ‘feel’, so even in a more minimal track – i try to be attentive to this.

Going back to ‘Desires’, how was your set up when working on the release? Are you more hardware or soIware orientated?

I’d love to say hardware, but for the time being I’m almost entirely inside the box!
Maschine Mk3 was used for all of my drums, even though it operates through software, I like that I can play them in live and make changes without having to look at my computer. I also recorded some guitar for the EP, as well as some textural sounds throughout.

I do try my best to make my tracks feel a little more ‘hardware’ if that makes sense. So I spend a lot of time trying to recreate that additional warmth and thickness in my sounds, as well as adding little ‘signal’ movements to give them a little more life. Plugin Alliances ‘Black box’ was great for beefing up elements in my mix.

Who would you say are your biggest musical influences?

This is a very tricky question! I feel like my influences change a lot because I am inspired by so many different aspects of artists, whether they’re musical, sonic, or visual. I really enjoy Bonobo’s exploratory nature; his ability to take you on a sonic journey and then flip it back to a nice groove is insane. Moodymann is also a big influence for me, not so much on this EP in particular – but in my more late night influenced work. I’d say he’s definitely inspired me a lot as a DJ too, I love how he creates a vibe, with no genre limitations, just energy.

What more can we expect from you in the future?

I’ve got a ton of music in the bank right now, including a few collaborations and remixes that I can’t quite mention yet. Some of the stuff is a little more vocal-led, some are more explorative and melodic. On the flip side of that, I’ve got some really stripped back club stuff that I wanna get out there soon, stuff to just groove to and not think about anything, just feel.

No no, thank you!

Pick up a copy of Desires here