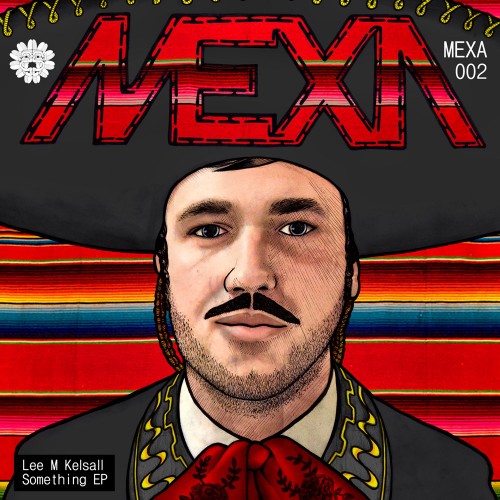 From DJ to promotions manager to producer, Lee M Kelsall is an experienced player in the UK clubbing game. Kelsall’s eclectic taste is cultivated from a wide variety of influences that include old school jams, house, and garage. His first production, a nu-disco release called On The Road remixed by Matt Fear, was signed to Hot Waves within the hour of hitting Lee Foss’s e-mail inbox. Since then, Kelsall has put together a stunning new single for Mexa Records’ second release, showcasing his roots in disco and funk with his EP, Something featuring Thabo.

The title track of the release begins with a piano chord progression reminiscent of Gladys Knight & The Pips’ “Taste of Bitter Love,” which then develops into a soulful vocal by Thabo accompanied by a broken beat feel and some pad work. This disco-tinged gem echoes the early 80s with a modern twist of upbeat percussion and a vocal that provides an acute flexibility for any remix opportunity.

For the first remix, Cubiq found a middle ground between Volta Bureau’s version and Kelsall’s original. Cubiq’s ‘Nick of Time’ remix fully utilizes the vocal line and hook from the original while completely changing the feel of the track by syncopating funk-bass and synth stabs.

Second on remix duty is Volta Bureau. This trio removes the vocal focus from the heart of the track, leaving the hook for the last few minutes of his variation. Volta Bureau chooses to stray from the original chord progression and introduces a heavy bassline as the track’s focus, ringing true to the original’s 80s influence. Like MEXA001, this second release offers a well-balanced selection of music with three different, yet complementary tracks. Viva la Disco, Viva La Funk, Viva La Soul!