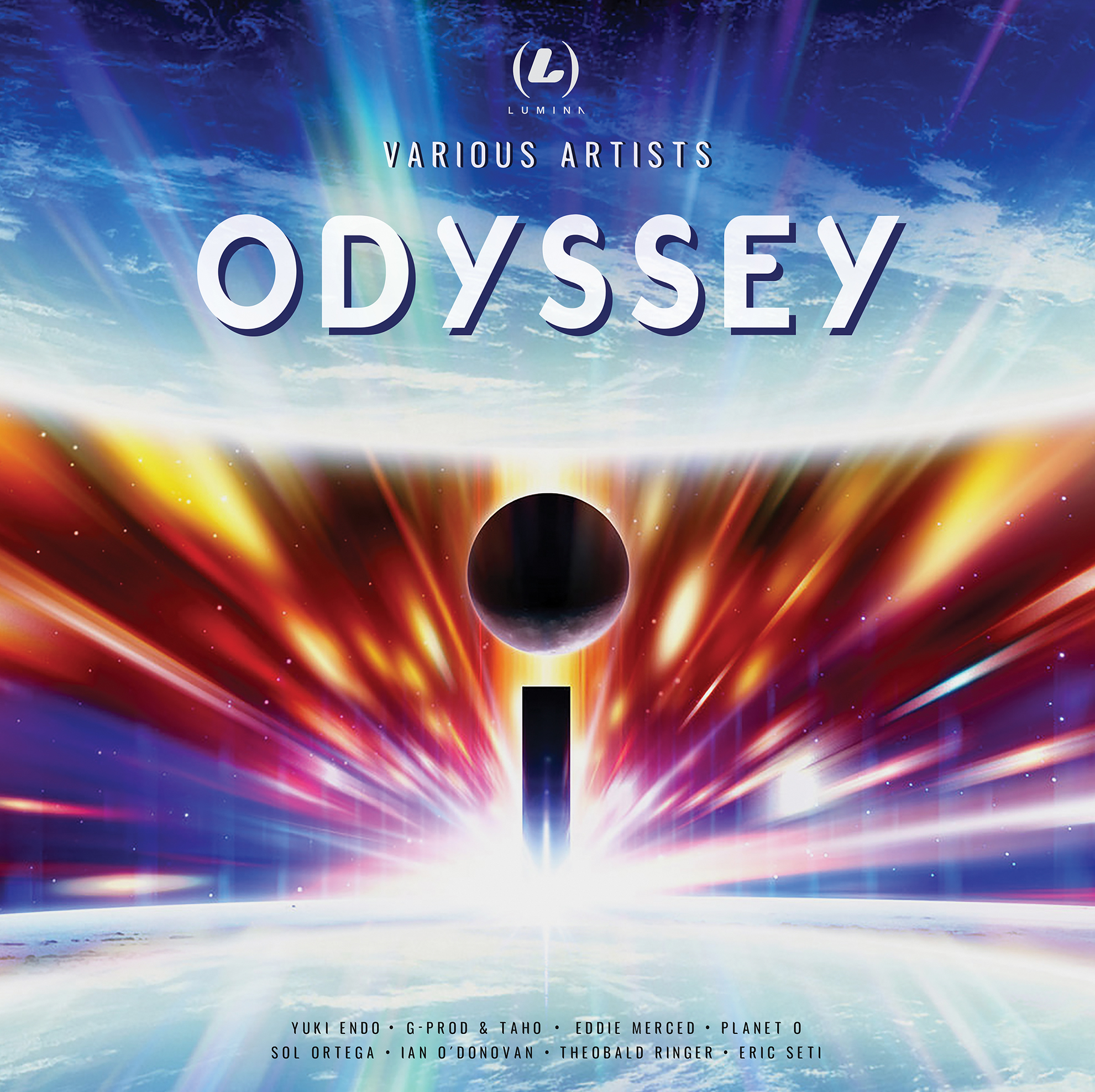 After a lucky seven-year break, Lumina is back with a masterful double vinyl compilation, where eight artists from across the globe bring the finest deep house, warm techno and downtempo, elegantly referencing the old school, but with a forward-thinking futuristic edge. Ian O’Donovan, Taho, G-Prod and Theobald Ringer are no strangers to the industry having released on Tronic, KMS, R&S, Ovum, Cod3 QR, Pokerflat and Bedrock.  Sol Ortega is co-owner of Detroit Classic Gallery, a label and collective from Argentina, who has been spinning Detroit and Chicago across the planet at Berghain, Tresor and Concrete. Eddie Merced had his debut on Metrohm, with forthcoming releases on Bush Records and Upon You in the pipeline. Yuki Endo, Planet O and Eric Seti are relative newcomers, but the quality of their productions fits well within this quality collection. 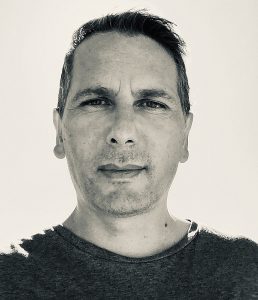 My name is Taho, I started my career on Laurent Garnier’s label  F Communication in 1995. I was 19. I released a first EP called “Vertige EP” and the same year followed “ELLE EP”. I was very influenced by the sound of Detroit, particularly by Mad Mike, Jeff Mills and Robert Hood but also Kevin Saunderson and Kenny Larkin. On the European side, The Orb, KLF, Jean Michel Jarre and Eric Serra were also huge inspirations for me. I have a big love for movie soundtracks. I always try to tell stories in my music, just like if it was a movie. I studied graphic art and CGI has been my main job during my 20s. My goal was to create musical movies and it led me to create Lumina, a production studio and label. I created a few series of musical DVDs, about nature and space that I sold to publishers like Universal and Wagram Music. At the same time, I was touring during the weekends, mostly with the F Comm crew at the beginning, and then DJ Isis from the Netherland took me in her agency following the advice of DJ Dimitri from Amsterdam who was a big fan of my music. During that time, I released on Delsin, Ovum and later on KMS. Today besides running Lumina, I do graphics art for the music industry, audio mastering and I coach a few artists and labels.

I was born in Brest, France, and moved to the Caribbean at a very young age because my father, being a Physics and Math’s teacher, got the opportunity to go work there. I also lived in Paris for around 10 years, a city I deeply love. Then I moved to the United States for 4 years where I learned so much about entrepreneurship. After that, Aix En Provence in the South of France has been my home for over 10 years. I recently moved to Brittany France to find more peace and tranquillity as COVID hit.

What can you tell us about your label Lumina?

I’ve wanted to create my own label since I was a teen. Eric Morand and Laurent Garnier taught me a lot. In 1997 I took the leap and released the first vinyl “Taho – Mutant 1er”.My vision as a teen was to make a series of EPs, having music videos for each track, and release an album as a musical movie. I was really inspired by the movie Fantasia as a kid. When Ken Ishii released his music video for “Extra”, I was hooked to the concept. I studied CGI and worked hard to get my first animations done. Computers were not as powerful as today and even though I tried to produce as much content as possible, I wasn’t able to release that first movie. Five years later Daft Punk released their movie, it seemed like many artists out there had the same vision! I was very excited. I wish it was the start of a revolution, that more and more labels would take on that road. Not having the kind budget, a movie requires, I decided to write stories for each Lumina release, and I printed them on the back of the covers. Then around 2005, personal computers got powerful enough to make really good CGI at home. Video equipment was getting more and more affordable too. I shot a lot of nature in France, composed ambient music and put that together as a DVD series that I sold to Universal and Wagram Music.  Then I made a new series, this time in collaboration with ESA. I had access to some of their CGI animations which I combined with my own to create movies about the Universe, always in music. From 2013 to 2020 I haven’t released anything on Lumina, a new passion took over, I became a pilot. I enjoyed flying for all those years and shared that with my friends. We’re preparing a new double vinyl album with Planet O. It will come with a book, images and text to immerse listeners into our Universe. We’ll probably make a few videos too.

Talk us through your new album.

We open the album with the beautiful “Spiritual Symphony” by Yuki Endo from Japan. That track is a masterpiece of Japanese melodies, we’re diving into a world of magic, utopia and spiritual romance. Galaxies are spiralling around; a mysterious force takes us to dimensions of pure beauty. “Woman In Gloves” by G-Prod and myself surrounds you with hypnotic pads and dubby synths while staying grounded in the groove of House music. A Jazzy solo kicks in at the middle of the piece, some sort of strange alien creature playing an unknown instrument. With Eddie Merced “When Spies Fall In Love” we go deep into a vortex of lush pads. The track is progressive and mesmerizing. Planet O takes us to the worlds of The Martian with “Rigel”, reaching out to new lifeforms. Its euphoria lifts your spirit, opening a door for the red planet to appear! Then Ian O’Donovan makes you fly to new star systems with “Constellations”. A romantic cosmic story where sparkling stars fill up your soul. We embark on a new spaceship with Theobald Ringer’s “Fractal Conjugaison”, now touching the realm of Techno, with a touch of Vince Watson’s vibes. The world of Sol Ortega is depicted in “The Oscillating Mind”, with its complex banging grooves and deep melodies. We dive deep into an ocean of colors. We reach the climax of the album with Eric Seti’s anthem “Children Of Paradise”. Open your hearts, raise your hands and embrace the beauty of the new paradise that Eric opens for you.

This album is for lovers of……

What inspired you to put this album together?

I was thinking about relaunching Lumina for a while, and I went through some demos I’ve received. I had that track from Yuki Endo “Spiritual Symphony” from 2005 or so that I was crazy about it, but I didn’t have enough material from him to make an EP. I had other recent tracks from Eddie Merced and Theobald Ringer. So, I started to think about making a various artist. I contacted Ian O’Donovan to see if he had a track available. G-Prod had just released a beautiful track on Metrohm, and I asked them if they had something similar. Then I discovered Sol Ortega on Youtube, and I checked her music, I went crazy about her track “The Blue Club”, I reached out to her to see if she would like to release it on this coming compilation! The track was signed so she said she would compose a new track for the project. Eric Seti had his track available, and I wanted to sign it for a while. Then Planet O contacted me to share his work in progress and I heard Rigel! That’s when I knew I had a beautiful compilation with lots of diversity. We worked hard on the mixing and mastering, to make everything as coherent as possible. I started to work on the music videos, planning to make one for each song and release a DVD. I couldn’t help it but seeing it on vinyl. I made 3 videos and decided to take the vinyl road instead of the DVD.

Can tell us the highlight of this album for you?

That’s a tough question because I love every track so much! “Rigel” from Planet O triggers something special in me since it’s very close to the sound of Red Planet and we haven’t heard anything new from them in a while. Sol Ortega’s song is also special to me as she composed it specifically for the album and she put so much heart into it. It’s hard for me to talk in terms of highlights.

Who would you love to see playing this music?

Eric Seti’s dream was to see Laurent Garnier play his song. And that dream happened and continues to.

For me that’s such a reward to see an artist I believed in seeing his dream come true. Jimpster played “Woman In Gloves” on his stream, which made me very happy. I’d be happy to see Josh Wink, Dimitri Kneppers or François K play the album too.

Where is the ideal place to listen to it?

I think this album can be listened to in a great variety of conditions. You can play it as you work, you can listen to it in the background having some friends over and most tracks are great for the dance floor.

What was the last piece of music you bought?

The last record I bought is DJ Kemit & Luke Austin – Detroit Boogie E.P. I heard it on his stream on Twitch, he puts out the most positive vibes there. I find a lot of amazing music on Jimpsters stream too.

What artists have you got your ears on at the moment?

What are thoughts on Spotify positive and negative?

That’s an interesting subject. To me Spotify simply kills the artists. It’s great for listeners but they don’t realise that this system leads to the death of innovation and independent labels. Once iTunes “saved” the industry, we were on a dangerous road. I love the digital format, it’s so useful in many ways, but people got overwhelmed with tons of music coming from new artists who were not putting much effort into developing something unique, with a soul. It’s so easy to release music that way, and in our narcissistic age, what’s most important for people is to be liked and seen, to fill up a lack of self-confidence.

Streaming platforms are really damaging the industry. But on the other side sites like Bandcamp became quite big, and people are demanding more and more physical outlets. I think a lot of people are getting tired of not touching a real object, not experiencing the pleasure of opening a CD to find a booklet inside or admiring a beautiful, printed cover art! It takes real effort to release a vinyl for example, which forces you to be strict with your selection, and work harder on the quality of what you do, because of the investment involved. That work is love and your object has some sort of aura to it.

If you could change one thing about the music industry, what would it be?

It would be the way we shop. A more direct way to purchase from artists and labels. Bandcamp is the future, it’s far from being perfect but it’s the only way to see a return on your investment and develop your art with higher standards.

What are you looking forward for the rest of this year?

I’m very excited about our new project with Planet O. We are working on a 12 tracks LP that is scheduled for March 2022. I love the winter season, it’s a time for introspection and creativity. 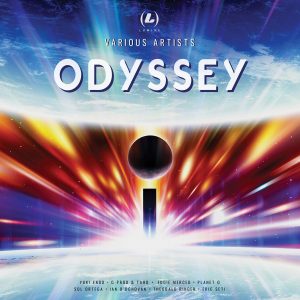