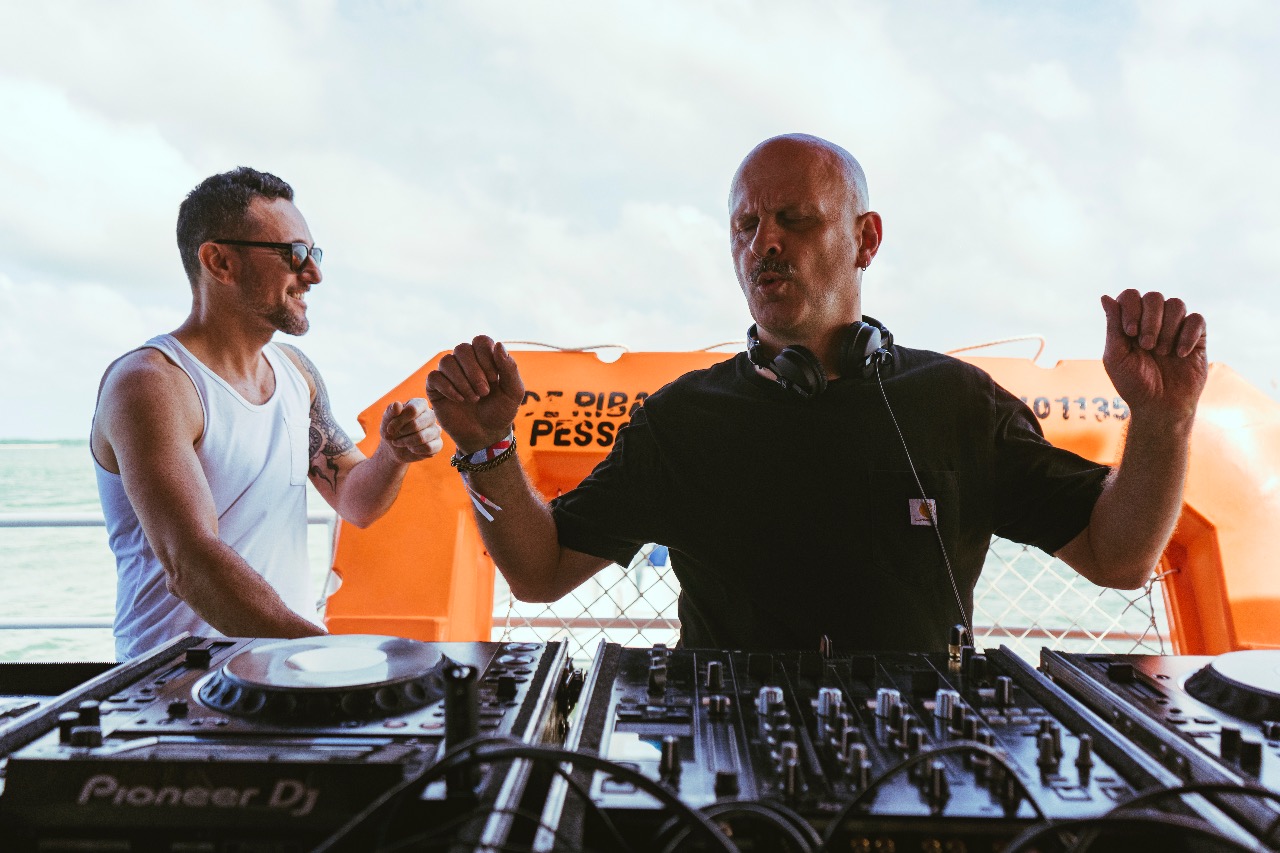 A new project by Dicky Trisco and JKriv, Sentimental Animals is a celebration of dancing, late night antics, and musical togetherness.

This offering of all-original disco features lead singer of Brooklyn disco outfit Escort belting her heart out, and Robin Lee of Faze Action showing his muso side on guitar, bass and keys duties. Parisian disco don Yuksek turns in a burner of a mix, and on the flip there’s a proto-house inspired Basement Mix as well as another original track, the funky instrumental Loose Rules. 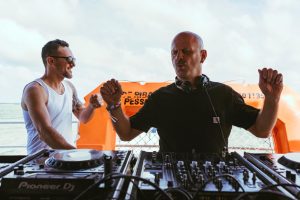 Sentimental Animals. Talk us through new this Trans-Atlantic pairing?  So, Jason and I met years ago via Greg Wilson most likely. We swapped some music and did some remixes for each other. Then we played together a few times in NYC together and I suppose I got hooked on the guy. He’s a proper music guy. He also likes whisky. So, what’s not like to like??? He’s a very kind person who looks after people. I love that. And one night we were like awake at around 6am listening to Led Zeppelin and I thought…he’s ok. So, the rest is history really.

Do you have a musical intention for the project? We are hoping to make original good stuff like the music that inspired us to dance and DJ in the first place so that other people get inspired too.

We love the idea of JKriv and Dicky Trisco together. That’s a lot of joy and passion right there. What is your connection? We like each other. We have passion. Music is all about passion. So, we are in a good place.

We have all missed out on a hell of a lot of connection with others this last year. How much do you think we can connect through music? I live in Scotland and music in public has been banned here since March 2020. I never thought I would live through such times. Music is essential to how many of us exist as individuals and communities. I have missed strangers so much. I miss the amazing dancing girl on the right and the weird friendly guy on the left. People make the world good. People also make the world bad. But let’s dance. Then everything is ok.

Have you guys spent a lot of time together playing over years? Tell us some of the places you’ve been on the same line up. We have played many places together. But most importantly we have played this boat party in Brazil each year together which has been our main influence – it’s called Mareh. That’s where the main idea for Sentimental Animals comes from. It’s the most perfect 6/7 hours of our lives each year. We play together as one. I usually cry at the end. No DJ bullshit. No competition. Just love. One person said to me once who comes each year that we look like lovers passing each other beautiful presents. That’s what this shit is all about.

Love Vibration is so on point for MI4L’S. Is there a message in the track? The message is that we all need more love not hate in our lives.

How did you begin to make Love Vibration with you both in separate countries? I started it years ago and worked with some friends to add elements and then Jason with Nicky took it to a whole new level. Then I went to NYC, and we mixed it down together. Now here we are.

You’ve got some killer talent on board. Can you talk us through what their input has been? Basically, our only plan is to allow people to do what they are good at.  Rather than tell them what to do. That works best.

Faze Actions dynamo Robin Lee on keys and bass – French Electronic producer Yuksek and his awesome remix – Art of Tones full funk version on the 7”. Nicki B’s vocal is incredible. What made you pick Nicki for the project?  Robin is a friend and constant source of inspiration. Nicki chose us. From the minute I met her I knew she would change my life and make something marvellous of it. I just followed the arrows and said yes.

What else does Sentimental Animals have lined up for the rest of the year? We honestly have no idea. I would like to get out more in large crowds of people. 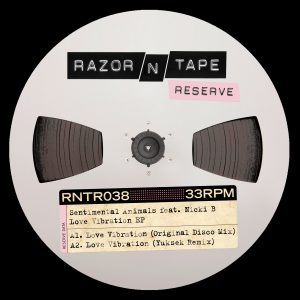