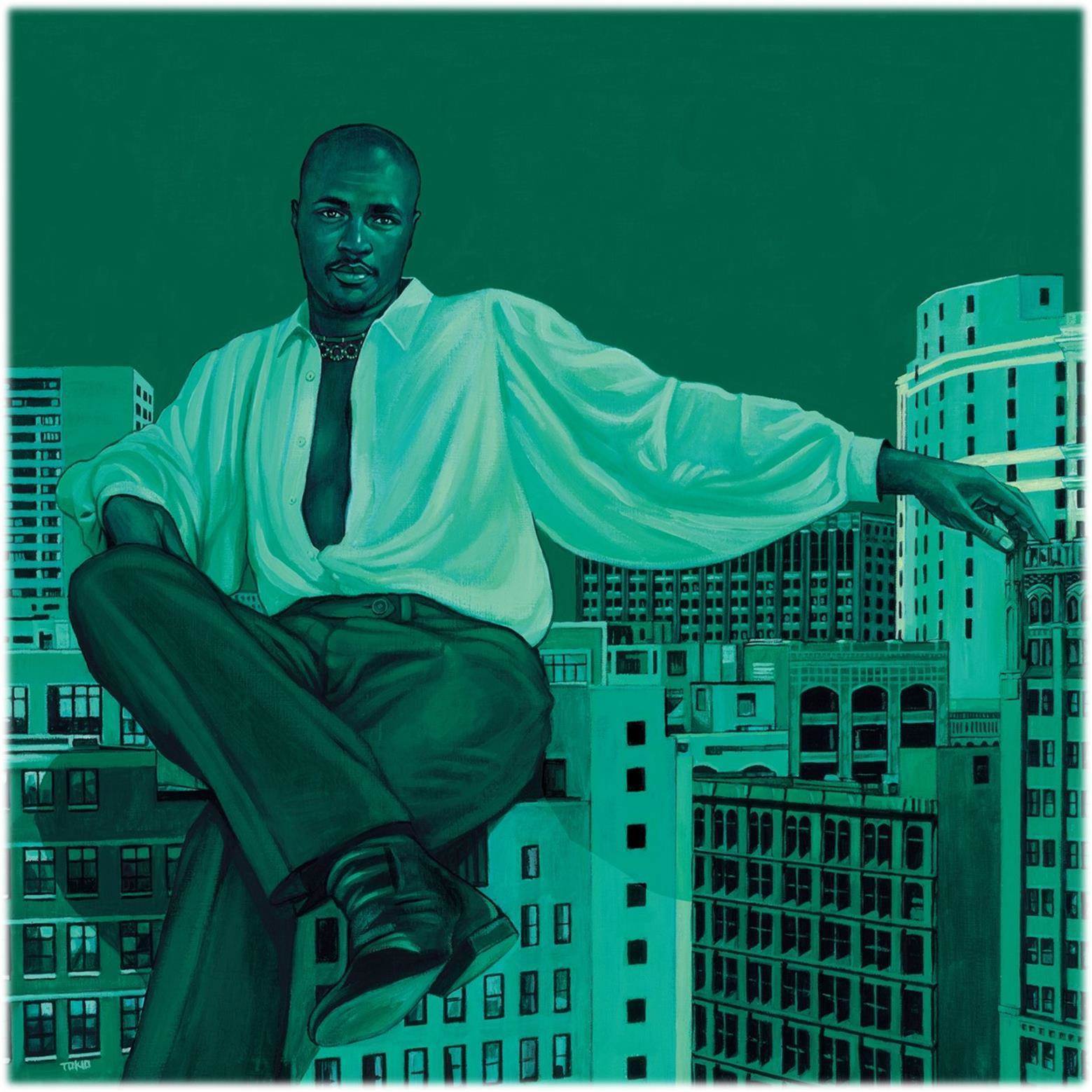 Cosmocities is a French label established in 2019, by Matthieu Soulié-Strougar. Based in Dijon, a city with a culture and history for churning out very decent electronica. In the nineties club l’An-fer was a pioneer for that culture, with Laurent Garnier as resident there for some years.

Following on with this quality A&R run, Cosmocities presents the ‘It’s the Life EP’. It’s by Billy Lo, a trio of underground producers hailing from the motor city of Detroit, consisting of Bill Beaver, Darryl Tiggs and Darren Abrams.

As a vocalist, Beaver (aka Billy Love) has collaborated on Sound Signature, Still Music and Moodymann’s Mahogani Music. Darren Abrams composed the Detroit House classic ‘Loose Piano’ on ‘Detroit Beatdown Volume One’ on Third Ear Recordings. This crew have a deep and credible history.

The ‘It’s the Life EP’ contains a repress of a Detroit forgotten Classic originally released on Universal Frequency Modulations Recordings in 2002, currently changing hands on Discogs for a fair few quid. This time it gets repackaged with a remix from NDATL’s front man Kai Alce. The EP is completed with two additional originals. 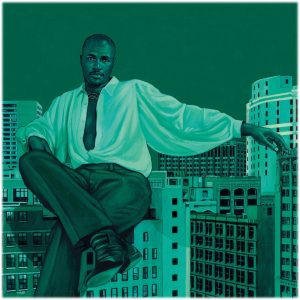 Cosmocities seems like an incredible label. Can you tell us when it started, who is involved and what the music policy is?

Thanks for the compliment. Cosmocities was born three years ago. I started by contacting some artists and labels to make a vinyl compilation, with rare electronic tracks from 5 continents. It took a long time as I’ve only a Discogs profile to convince them. Just after followed the Active ingredients EP. Both records were self distributed. I started to develop ‘It’s The life’ almost two years ago. For the moment I work alone but Prime Direct Distribution and Shine PR really helped me to develop this project. It’s above all a passion, I do it with pleasure. I attach lot of importance to the artwork and I will focus on releasing forgotten classics and originals tracks.

So you’re based in Dijon, a city that has a history of releasing some great music.  What is the music scene like there pre Covid?

There was a great club in the nineties which closed in 2002- L’An-fer. Laurent Garnier was resident there and he is a main influence for me. Vitalic was born in Dijon and he’s also a ‘child of L’An-fer’. We have seen Daft Punk without masks and David Guetta before EDM! Cajmere, Jeff Mills and Derrick May often played there. Currently, La Vapeur is a concert hall with incredible programming like Roy Ayers, Femi Kuti, Jungle, Rone. Cosmocities will collaborate with La Vapeur soon. Le consortium is a contemporary art centre that organizes parties (James Murphy for instance). Finally, each year there’s ‘Sirk festival’ with the likes of Steve Rachmad, The Maghreban and Dan Shake.

What can you tell us about your background before you started Cosmocities?

I discovered electronic music in 1994 thanks to trance and progressive. (‘Gaia parties’).  After it was techno and house with l’An-fer and the Rex Club. I’m a digger and have collected music for 25 years.  Laurent Garnier and his radio shows, Discogs, Nova Radio Paris, and web recordshops (Juno, Phonica, Coldcutshotwax) have all contributed to developing my passion.

Can you highlight some key releases and artists that have been on the label?

I stay friends and keep contact with artists present on the compilation Inner Science, (‘End of the beginning’), Sasso (‘Black soldier’), Unna Yana (Chimmy’s theme’), Juho Kahilainen.  Billy Lo,  ‘It’s The Life’ will help the label to grow. Inkswel is very productive, essentially a hip hop producer but I like his ‘housey’ track (Skipping rocks).  Kaidi Tatham is the first remixer on Cosmocities. (‘The Middle’) and he really did a great job!

The Billy Lo EP seems like a fascinating affair. Who is Billy Lo?

Billy Lo is Darren Abrams, Darryl Tiggs and Bill Beaver. They are three producers from Detroit. The most prominent being Darren and Bill, the singer. They produced an EP that was loved by Theo Parrish.

What is the history with this Motor City trio?

Darren and his older brother were Detroit firemen originally. Their Combined incomes created the platform for underground clubs that they opened. Darren juggled between work, being a recording engineer and throwing parties. He didn’t produce since 2002 (‘Loose Piano’ on Third ear recordings), but he always made music. He told me he’s now resurrected ! Bill Beaver was part of ‘Members of house’ and produced tracks on Sound Signature and Mahogani Music.  He’s a great friend of Gerald Mitchell (Los Hermanos) and they collaborated recently together. For two great EPs (Mahogani music and Mother Tongue records).

What can you tell us about the It’s The Life EP? Talk us through the tracks?

We decided to repress ‘It’s The Life’- the main track of the EP, with a remix from Kai Alce and two originals. Kai’s remix is modern, jazzy and groovy ‘Tell Me Why You Play’ and ‘Detroit Latenight’ were originally released on ‘It’s The Life EP’ (UFM recordings) later. Both the original tracks have a very special Detroit feeling.

How did you find the original?

I’ve had the original vinyl copy on UFM recordings. I found it on Discogs few years ago

NDATL front man Kai Alce is a pretty heavyweight remixer to get on board. How did you make that happen?

I contacted Kai on NDATL Musik and he knew the track. It was a forgotten classic for him. He accepted immediately and trusted me on the project.

The cover is a stunning piece of artwork. What’s the story on that?

Tokio Aoyama lives in Tokyo but in his younger years he lived in USA (Seattle and Portland). He’s a great fan of jazz and soul. He worked on the Active Ingredients EP, so the connection was easy. I asked him to take influence on Blue Note covers with his own style and this is the result. It’s a physical painting that I commissioned for the cover art.

Vocalist Billy Love has worked on Mahogani Music is that right?

There’s been a huge response on this release I hear. Why do you feel this is? Why is it so popular?

I’m very happy because it was lot of work, lot of conversations with Darren and Bill. ‘It’s The Life’ is an emotional piece of music. House and soul. It may remind some people of the great Larry Heard’s productions.

What’s up next for Cosmocities? What do you have in the pipeline?

CMSR004 will be a collaboration between Inkswel and Jitwam, a mix of Hip Hop/Nu soul. CMSR005 is an EP from Fabrizio Fattore, a talented and young Italian producer, who reminds of Don Carlos. Fred P is working on remix. There’s Inner Science from Tokyo, some trance with Prism (Pascal Eloy & Grant Wilkinson) and S.O.N.S on remix and Delano Smith. And we are still speaking with Darren and Billy. I want to release more Detroit house!