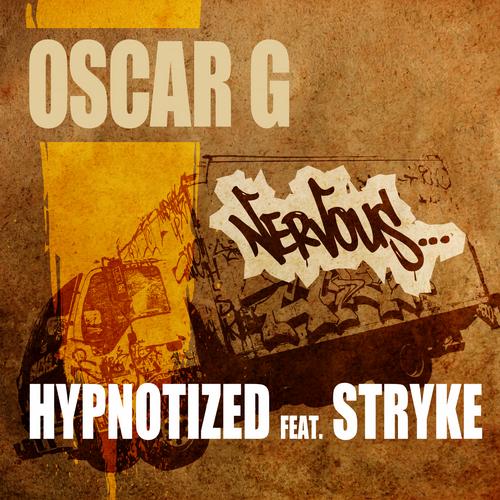 [New Release] In a world of new releases, new artists, and new labels popping up every few minutes … a vintage classic is a rarity. OSCAR G is like a fine wine, he has only bettered with age. Appearing with his first release back in 1992, G has taken a journey from house to progressive to tech to deep, always paying homage to his history and roots. He had me hooked and entranced back in 2007 with his Nervous Nightlife: Space Miami album and now in 2012 with the revival of his original 2002 ‘Hypnotized’ track and it’s makeover with it’s journey to the deep side, I’ve fallen in love all over again.

Although his style has been ever changing, this track embodies the classic and complete dark and eery nature so familiar to any Oscar G track. Originally released in 2002, the track was re-released in 2010 with an Indie Dance makeover and again now in 2012 with tech and my personal favorite – deep. The release out on Nervous Records features Stryke‘s 305 deep house remix with a pulsating bassline and slowed down vocals, it takes it to a sexier side. While Boris‘ remix speeds it up and adds a tribal feel on the techy remix,  Aki Bergen‘s Future Jazz Band Edit, on the Nurvous release swaps in Boris’ tribal for instrumental and maintains that tech feel. My personal favorite interpretation comes in on the release out on sister label Nurvous records with the Climbers deep drop. The combination of my favorite old school G and my new favorites Climbers, the infamous sexican duo making serious waves in the pool of deep house … it’s just too blissful. They lace the track with their emblematic Climber’s original catchy lil bassline and booty shakin beat … and OH BABY, this right here, this should without a doubt be dropped every sexy summer night.