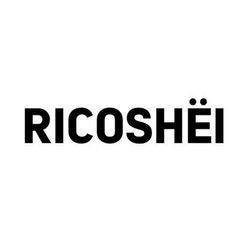 So what can you tell us about Ricoshëi?

Ricoshëi (by name) was created in 2013 and new labor of love for us.  We are based in Los Angeles, CA. and we work out of downtown at a magical studio called Hitland LA. We share a large studio complex with Droog (Culprit), Martin Buttrich (Desolat) Alex Nazar (Postfuturism) and others. Hitland LA is within this larger “unnamed” complex.

Wow!  That seems like a pretty amazing environment to be working in.  Can you tell us a little about your studio and what you are working with?

As far as instrumentation; Fender Rhodes, Juno 106, Kurzweill K2600, Fender Precision Bass, Stratocasters, NI Maschine, Komplete and Chinese chimes.. We believe in the power of analog circuitry but also in the versatility of today’s software solutions. Specially when you combine the software with hardware outboard (some of our faves. Chandler compressor, Harrison EQs, GML 8200, Drawmer Gates, Elysia, Purple Audio, Shadow Hills, etc…) We jump back and forth between Ableton 9 and Logic X for different sessions. I think we’ll be sticking to Logic X more from now on though.

We are in love with your first single ‘Perfect Like You’ coming out soon on DJ Koze’s Pampa Records, can you tell us a little about it?

“Perfect Like You” is about longing for something forbidden. Clearly, it could be about a forbidden love, but essentially it is more about a feeling or a desire that you know you can’t and shouldn’t have. Example:  “Wasn’t meant to be, but I hope I get the next best thing.” kinda thing….

The music we have heard is something really special, how would you define your sound?

Surprisingly enough, we like to consider our music as timeless world-music, not just an electronica or dance floor outfit.  Many of our songs have individual elements from different sources of inspiration such as middle-eastern, japanese, hindu, americana and latin american cultures.

What can we expect from Ricoshëi is the coming year?

Our mission in 2014 and beyond, is to give as much of ourselves back to the world as possible. By setting this example, we will be able to create a network of people (our fans and friends) who as cheesy as it may sound, wish to make the world a better place. The secret is to give and we want to give it all.

Check out these AMAZING mixes by Ricoshëi