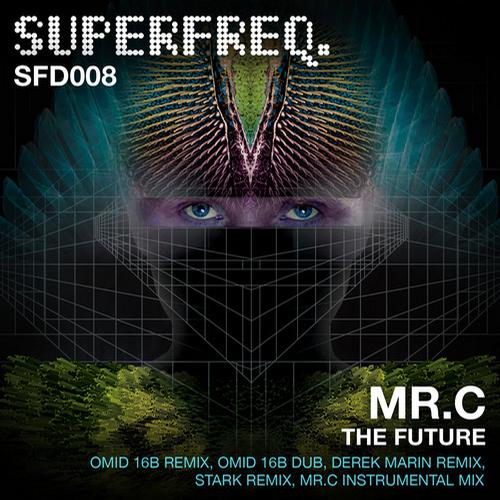 Mr.C is back on his own Superfreq label with The Future, one of the key cuts from his recent album Smell the Coffee. The track is a tongue in cheek crack at the so many people on the party scene who dont get involved and do nothing about what is going on around the world or the pathetic apathetic as Mr.C calls them. Its a typically deep and spiritual backstory and makes for a fantastic single that is lead up by some killer remixes from Omid 16B, Derek Marin and Stark. The Future in instrumental form as provided here by Mr.C is a slow-burning groover with gorgeous cowbells, a growling bottom end and some nicely slapped hats that help drive things along. Its darkened acid house, alive with impish synths and is re-worked beautifully by the selected remixers who totally re-imagine it in their own unique way.

First up is Omid 16B, boss of the Alola label and someone who has released exciting and unpredictable music on labels like Tsuba, Bedrock and SexOnWax. His remix is more spangled and physical than the original, featuring plenty of ghoulish voices and hard hitting drums that work themselves and listeners into a deep, controlled and Detroit inspired frenzy. There’s also a dub version for the even more abstract dancefloors out there that is just as essential. Next up, esteemed New York man and Get Physical associate Derek Marin of Subtrak (who has also performed and collaborated with some of the biggest artists in the electronic music world like Andrew Fletcher of Depeche Mode, Mr. C and Alexi Delano) has delivered a hugely ambitious remix that sways down lo in house music’s mysterious and cosmic-tinged nether regions. As well as some carefully crafted percussive drama, there are some exquisite and wide screen synth patterns on show that help to elevate this way above the norm. From dark to deep and back again, its a veritable sonic trip. Finally, the ever on point Stark turns in a broody and industrial tinged remix that gurgles with thick synth lines and spits out raw snare drums with plenty of attitude.

This is another stunning off-kilter EP from Superfreq that, true to the labels name, will appeal to the freakiest of house fans out there.