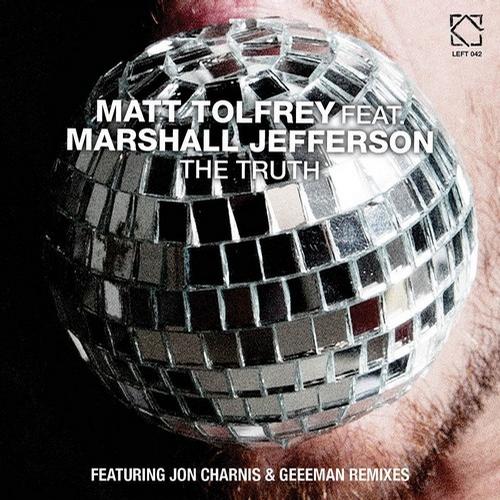 The Truth (feat Marshall Jefferson)’, one of the standout tracks from Matt Tolfrey’s debut LP, ‘Word of Mouth’, sees a full single release with additional remixes from Gerd’s Geeeman project and John Charnis. Leftroom boss, Tolfrey, dropped his ‘Word of Mouth’ LP late in 2012 and the project served as an insight into the influences and passions of the increasingly well-travelled DJ/Producer. ‘The Truth’ was a particular highlight for both listener and producer alike as it featured the vocals of none other than the ‘godfather of house’, Marshal Jefferson. Tolfrey’s original version opens the package with a strident simplicity. Bare bones house with classic influences distilled in to a contemporary slice of 4:4 heaven, ‘The Truth’ ends up sounding distinctly timeless. L.A. Based producer Jon Charnis, an artist with increasing clout following work for Innervisions and No.19, turns in a moody late-night interpretation that drops Jefferson’s vocal input in favor of steadily building melodies. 4Lux boss and Dutch house-master, Gerd, dons his Geeeman for two versions which take on a rough-edged, brutalist house sensibility. Saturated Juno licks and 909 stomp form the backbone of both mixes but the ‘Deep Vox Voyage’ showcases rich chords and Marshal Jefferson while his ‘Rough Mix’ takes things even grittier.