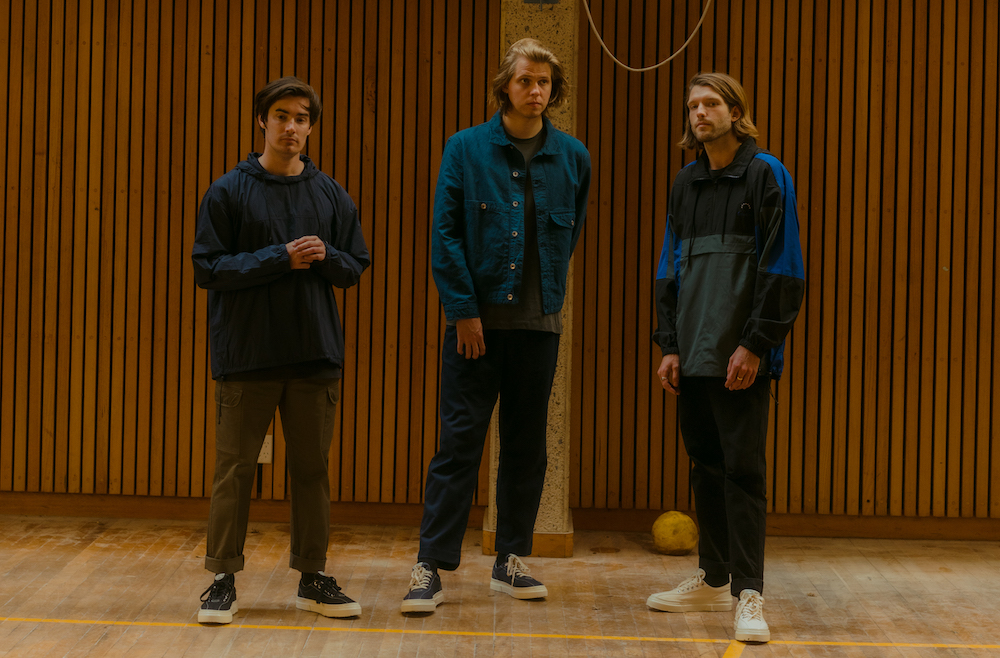 GRAMMY-nominated trio Mansionair continue to evolve toward their hotly anticipated album, Happiness, Guaranteed., which arrives April 29 via Glassnote Recordings. On the heels of the stunning “Next High” with Clairo’s guitarist Kim Tee comes “Empty Promise,” a single swelling with emotion as woozy synths are woven through a snappy indie-electronic instrumental and stirring falsetto vocal swings. It’s another example of the intricate sound that Mansionair has crafted, resonating to the tune of praise from outlets like Billboard and NME. In the coming months, Mansionair will also embark on a summer North American tour bookended by performances in New York on May 31 and Phoenix on June 25.

Mansionair details their new single: “We met Vandelux via Zoom and instantly hit it off. He sent us this beautiful musical bed that sparked a lot of ideas. It came at a pretty turbulent time in my life and I was so moved by the music that spilled out so many of these feelings I didn’t know I had in me. The song is about coming to terms with shattered expectations and reaching a breaking point. I was at a metaphorical crossroads at the driving to a new home one evening as the sunset across the lake, I had everything I owned in a box and just felt so heavy, so tired of living my life through others’ beliefs of who I was. I was completely unsure of who I was and what next step I was gonna take, wondering how on earth I was gonna rebuild everything I had lost. This song came to be about that moment.”

The band explains their forthcoming album “is about the cyclical nature of our modern dissatisfaction. It’s a brief dive into the frustrations our desires bring in our attempts to reach a level of contentment. Each song explores the pursuit of happiness within our relationships, our work, and our wealth all whilst finding ways to be content with what you have whilst balancing a desire to grow.”

Since forming in 2014, Mansionair have notched a slew of accolades that highlight the band’s knack for catchy, deeply compelling songwriting. With a GRAMMY Award nomination under their belt for their smash collaboration “Line of Sight” with ODESZA and WYNNE, they’ve also performed at bucket list festivals from Coachella to The Great Escape while selling out storied venues like New York’s Bowery Ballroom in the process. That all goes without mentioning the 270 million streams they’ve notched across streaming platforms and multiple gold ARIA-accredited tracks in their home country, making waves wherever they set their sights.