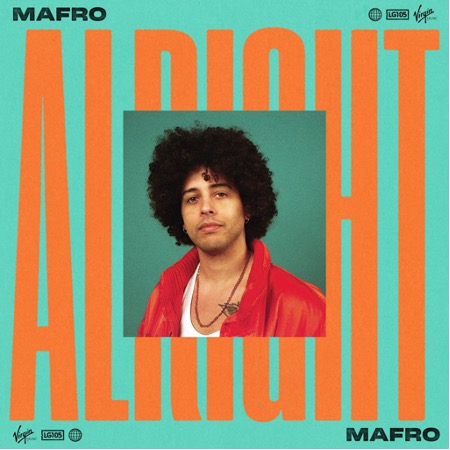 Steeped in introspection, ‘Alright’, is a contemplative club jam that is punctuated by steel drums. It follows ‘Shaken’, Mafro’s debut single which received Pete Tong’s ‘Essential New Tune’ and Jaguar’s ‘Dancefloor Moment’ on BBC Radio 1. Both tracks are set to feature on the London based producer’s maiden EP ‘Bloom’.

Mafro has recently collaborated with fellow British talent TSHA on ‘Giving Up’, a track that has since racked up over 1 million Spotify streams and achieved placement on rotation playlists from BBC Radio 1, BBC Radio 6 and Rinse FM.

Speaking on the record, Mafro comments “I wrote this tune with a good friend after the UK had just reopened. I wanted something that encapsulated the feeling of optimism that was in the air”

Inspired by the likes of James Blake, Tourist, Jacques Greene and Jon Hopkins, Mafro is a versatile multi-instrumentalist. He recently co-produced Diplo’s single ‘Let You Go’, scored the soundtrack to Channel 4’s forthcoming series I Hate You, and worked on a bespoke composition with Sean Paul and Dua Lipa for the Baywatch trailer.