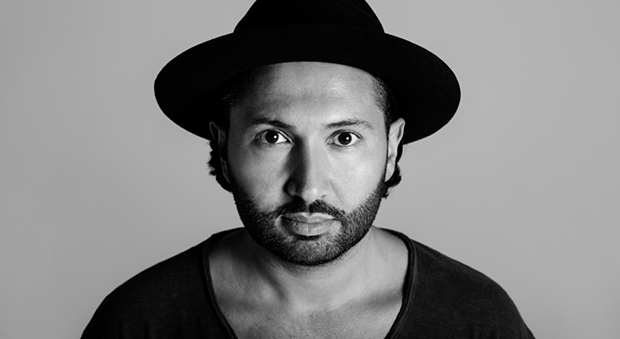 Berlin-based artist Ninetoes has been releasing his smashing house music jams on some the dopest labels in the game. Since his mega tune “Finder” came out on Kling Klong in 2013, Ninetoes has contributed original tracks and remixes to the catalogues of Saved, Suara, Mobilee, Play It Down, Stereo, Noir, Snatch, and Toolroom.

Ninetoes’ unparalleled energy in his DJ sets keeps his tour scheduled continually packed to the brim. He is fixture at Watergate in Berlin and has recently played numerous top tier clubs, parties and festivals around the world; including The Egg in London; Sankeys in Ibiza for Lawler’s VIVa Warriors; Ministry of Sound; Kudos Beach and Revolution Festival in Romania; Lights Down Low and Audio in California; and many other gigs all over Asia, Central America, Australia, and Europe.

Needless to say, Ninetoes is an incredibly established artist with a sharp upward trajectory. Keep your eyes and ears open for his name, Lovers! In the meantime check out our 151th Lovecast episode and learn more about Ninetoes in the interview below.

How did you first get introduced to underground dance music?
It was my uncle. He was a club DJ back then and I think I was 4 or 5  when I’ve seen him djing in a club. And after I’ve seen him I knew this is what I want to do!

What is the most challenging part of becoming a full-time producer?
Honestly…. nothing! It’s the best Job in the world!

What has been the most exciting turning point of your career so far?
Releasing Finder in 2013!

Where is your home base? If someone were visiting there for the first time, what clubs and/or parties and/or restaurants would they want to check out?
Berlin. They should definitely go to Zola (best neapolitan pizza in town). Drink the best Coffee at Concierge and go to Berghain or Sisyphos to burn the calories afterwards.

What advice would you give to an aspiring producer?
Just be yourself and don’t try to be someone else. Get inspired but don’t copy.

What’s on the horizon for Ninetoes the remainder of 2016 and beyond?
I just released ‚Finder‘ on Sony UK with a great Fatboy Slim Edit. Then.. releasing my first single on Moon Harbour in October. Also a new single on Play it Down. Watch out for them!

Do you have any hobbies outside of music?
Not really. Music is my biggest passion and hobby.. But I try to do sports as much as I can.

What are some touristy things you do while playing in a foreign city?
Normally I don’t have so much time in other cities. Most of the time it’s just an in and out thing. But when there is time I try to do sightseeing and the most important thing: try the regional food and beer.

Name one of your go-to tracks…
Ninetoes – All Night Long