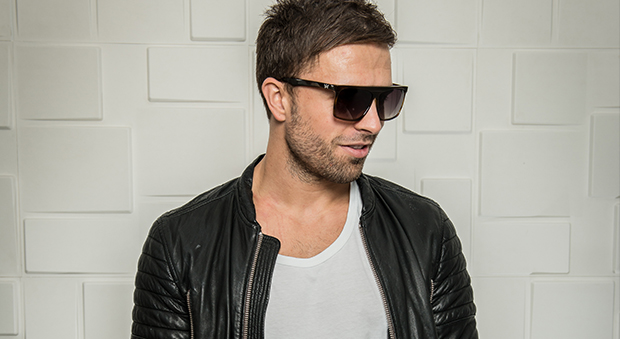 Dale Howard is on a roll! The St. Helens, England-based house music producer is making hit EP’s for top notch labels, gigging around the world and holding down a steady residency in Ibiza.

Dale’s ‘Vacant‘ EP, released earlier this month [6 Aug 2015] on Objektivity, features four original high-energy house tracks and has been in heavy rotation on our speakers. Other releases from Dale this year include ‘Out the Rut‘ on Steve Lawler’s VIVa Music and ‘Intervention‘ on Noir Music. Next up for Dale Howard is an EP for Suara Music–be on the lookout!

Since his breakout year in 2012, Dale Howard’s name has been spreading like wild fire–almost as much as his infectious, zestful taste in music. Dale’s DJ schedule is mad! He recently toured México and South America, has an upcoming Australian tour around the corner and is playing two shows during ADE; add that to his Magna Carta residency at Sankeys in Ibiza and you have one mad hustling individual!

We feel fortunate to affix Dale Howard to our Lovecast series for the 107th episode. Enjoy this driving, head-bobbin’ mix and read more about Dale in the interview below.

How’s your summer going? What have been some highlight moments?
Summer has been great so far! My México tour was great and I’ve had my first residency in Ibiza for Magna Carta at Sankeys, which has been cool. Was lucky enough to play in Dubai for the third time this year a couple of weeks ago, too. I love it over there!

Your South American tour looks amazing! Have you experienced any culture shock? What cool tourist things have you done outside the parties?
Yea last weekend in Argentina was amazing! Had such a great time over there. Both the parties I played were class but my final gig for Riot in Córdoba was ridiculous! Probably my favourite gig ever!

A little bit of culture shock. Poverty is more present in places over there than in England; people juggling at traffic lights for money and selling things etc. It’s sad to see things like that, it puts your own problems into perspective.

I haven’t done too much touristy stuff really. I’ve done little bits but a lot of the time I’m more concerned with ordering as much room service as possible. I’m obsessed with food!

What gigs do you have coming up you’re especially excited about? Do you have any special plans for your downtime? Do you have any non-music related hobbies?
Yea I’m doing a two week Australia tour in November, which I can’t wait for! I’m also playing Watergate for the first time, too, for a joint Underground Artists & Jackmode Agency party; and I’m playing at ADE a couple of times again this year–that is always ace!

I’m into Crossfit so through the week I’m there a couple of hours a day. It gives me a reason to not get completely smashed every single weekend, because I definitely would otherwise. Zero will power when it comes to partying and after-partying, but Crossfit on Mondays after a mad weekend literally makes me feel like my heart is going to explode.

Love ‘Vacant’ EP! Describe your mindset going into a production like that: before, during and after. What’s going through your head?
Well there are a few people out there that, for some reason, think I use an engineer. Not sure why, and I bet they don’t even know why either. They can never give a name of my ‘supposed engineer’ is or literally ONE supporting fact as to why I would have one. Total divs. I started making music because I love it. It’s my passion and there’s no better feeling for me than seeing people dance to something I’ve sat in my studio for hours and made. If you get an engineer to make it for you where’s the fucking fun in that?! And where’s the pride? If you wanted to be a pro-footballer, you wouldn’t get your mate to go to training for you and then expect to get better yourself, while you’re sat there doing fuck all!

Anyway, cheers! Glad you like it! The ‘Vacant’ EP was so much fun to make! I wanted the whole EP to be straight up house music really. Prior to those tracks I’d done my ‘Intervention’ EP for Noir and that was totally different to what I normally make, so I wanted to come back with something that properly represented my sound. I had a similar mindset in terms of my approach to the tracks ‘Vacant’ and ‘Move Forward.’ With ‘Excess’ I wanted to make a track that was a little bit more electronic, just for more scope on the EP. Then when it came to ‘Walking Cliché,’ I wanted to have a huge build up–I’ve heard so many techno tracks that have huge build ups and then just drop into a kick and bass line and they get crowds going mental; so I took that approach with the build up: switched 3 types of delay around for the last 30 seconds so it changed the audio pattern of the vox and kept a HP filtered 909 snare looped for about a minute; I also looped the woman’s ‘Heeeeyyyy’ so it sounds like she’s holding the note through the build up too; and then put some sub bass stabs every 16 too add to the build up. There were times during it I thought ‘this is going on for too long,’ but thought of what it would feel like in a club and stuck with it. That’s something that’s always in my head when I’m making a track ‘how will this work in a club.’

What projects do you have coming down the pipeline the remainder of 2015?
Music wise, my next release is on Suara and then I’m finishing off follow up EP’s for both Objektivity and VIVa. After that working on a few more tracks to complete some other EP’s that I can give details about once they’re finalized.

Tour wise, as I already mentioned I’m doing a two week Australia tour… and New Zealand actually (I think), Watergate, Objektivity at ADE, Noir at ADE, Milan, a 7 hour ‘All Night Long’ gig in Amsterdam, Switzerland, Ibiza, a few more festivals; and then once I’m back from Australia I’ll be carrying on my UK and Europe tour.

Which do you enjoy more: Tour Time or Studio Time?
Ahh man, you can’t choose between those two! Like David Brent says ‘they’re both not mutually exclusive.’

They’re both amazing for different reasons. It’s great in the studio when you know you’re onto something good, and start fist pumping in your chair like an absolute nerd. But then it comes to the gig and you get to test it out on a load of people who have never heard it before, that’s when it can become a really special moment (unless they think it’s shit ha!).

Being able to travel all over the world to DJ to people is amazing though. You meet some great people and see some unreal things. Best job in the world!

Tell us about your mix…
Some tracks that I like listening to and some that I like playing out.

Drink of choice…
During a gig it’s vodka and beers. At an after-party it’s literally anything that will get me more pissed!