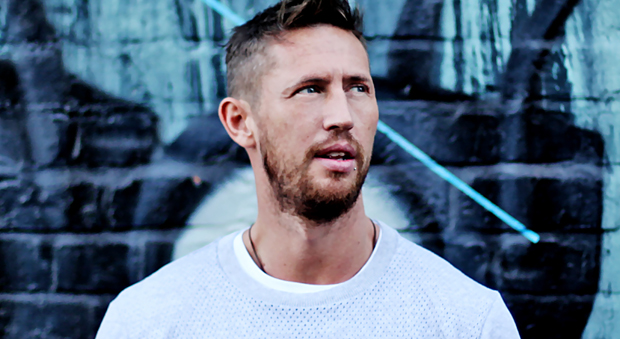 Newcastle native and music producer — Cristoph — has high aspirations for himself. Constantly grinding in the studio day in and day out and touring the globe in a campaign to spread the musical creations he’s designed. Sounds like a familiar story, and it is for any starving artist, but Cristoph’s belly is filling up and he’s on a quest to mushroom into greatness.

Cristoph was crowned ‘Future Star’ by Radio 1’s top authority in dance music Pete Tong; and deservingly so, his well-composed and high energy productions have made him a fixture on Defected’s off-shoot imprint DFTD and has landed him into the catalogues of Noir Music, Suara, Kittball, and of course his home label Underground Audio. Cristoph has hit number 1 on Traxsource twice and reached number 3 on Beatport’s tech house chart. The dude is on fire!

You can find Cristoph on many dope line-ups across Europe. Recent gigs include playing back to back with Noir at Ibiza’s famed massive nightclub Amnesia and co-headlining Reach Festival with Santé and Sidney Charles in Skipton, England. Cristoph’s stock is on the rise, promoters!

Yet another Lovecast Episode to be proud of. We’ll keep an intent eye on Cristoph–you should too. Enjoy!

Thanks for taking time out of your schedule for us—we appreciate you! Where are based currently? What is the local scene like where you live? How does your location influence the music you produce?
Hi, thanks for the interview. Currently I live in Newcastle Upon Tyne. The local scene here is predominantly student led so unfortunately there aren’t too many underground House & Techno nights. However, the ones that there are are really good. They get some wicked bookings but I’m not here too often to go see them. I think living in Newcastle growing up really helped me head into the House & Techno scene. I used to attend a night called Shindig, and still do when I can, and I used to take great inspiration from the DJ’s I seen and still see there. They are some of the best in the world so for that to be on my doorstep I am very lucky.

Everyone loves a compliment, but what did it mean to you to be named one of Pete Tongs’ ‘Future Stars’ last year? Has it had any impact on your career?
It was such an honour to be tipped by Pete for that, I’m truly grateful. I think it really helped push my name out, a lot of people in and around the industry listen to what he says and sat up and listened when he named as a Future Star. The guy is a true legend in the game so it all felt very surreal to me to hear that.

Your ‘Foregone Conclusion’ EP has been on perpetual repeat for us ever since its release in early July. What was your writing process like going into such a great release? Do you find it easier to create music the more you produce?
To be honest I just make music I’m enjoying at that moment in time. I go into the studio and just write what I’m feeling. When I  was writing the tracks which ended up on that EP I was enjoying creating different arp’s and generally listening to a lot more melodic stuff so that’s the route I decided to take with those tracks. The more I produce the quicker I pick up little tricks and things but I wouldn’t say it gets easier as a whole. I’m always wanting to better myself so can be quite hard on the final product once I have finished a track and listened to it through a few times.

What are two hurdles you feel you have yet to overcome in the music industry? How do you muster the tenacity?
There are quite a few hurdles that I still have yet to overcome so I’l give you two off that list as I am always setting myself targets. I would love to have a Beatport number 1, to see people buying and supporting my music is such an amazing feeling. Another one would be to have my own label. I would love to be able have a respected output source not only for my own music but also for others who are friends in the industry and also to help people who are struggling to break through, there’s some amazing producers out there so if I can help them in anyway it would be a great privilege. This has been my dream my entire life so that gives me the drive to keep setting targets and wanting to reach them. I’m very close to my family and friends and the support they have given me over the years has been immense so I really want to make them all proud.

What is on the horizon for Cristoph the remainder of 2015? What exciting news can you share with us?
I have a release coming on Hot Since 82’s label in the next couple of weeks which I’m looking forward to everyone hearing. I am over the moon to be part of this label as Daley is a guy I really look up to and class as a good friend in the music world, I’m a huge fan of both his productions and DJing. I’m in the middle of writing a bunch of new music too so hopefully will get that signed to some good labels too. I have a few gigs in Ibiza left this season and others around the UK and Europe and I will also be returning to Dubai. I have a tour of India in September and Asia in November, both of which I’m really excited to play.

What track has been rocking dance floors for you?
Hmmm there’s some great music out there nowadays but a track which is really working for me is Oxia – Domino. I know it was originally released in 2006 but its made a real resurgence in my sets and a lot of other DJ’s sets, too.

Dream gig…
Again I could list quite a few here. I would love to play DC10 in ibiza so I’l say there.

Tell us about your mix…
I approached this mix the same way as I do all guest mixes. It’s made up of tracks which I’m really enjoying. I’v tried to take you’s on a little journey as that’s how I like to structure my sets so hopefully you guys like it.

Drink of choice…
Vodka. With any mixer.