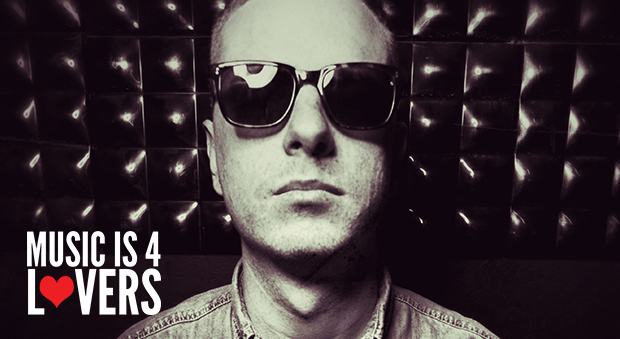 We’re flying off the top rope for this week’s Lovecast episode! From producing hip-hop beats for Mac Dre to cracking off funky disco jams to digging into the realm of deep house — Zürich-based pro Dragon Suplex is a fox in the ring and currently laying a 3-count down on the dance music industry.

The effortless success of Dragon Suplex’s 2013 debut EP appropriately named ‘First Kiss’ on deep disco label Mullet Records launched the then-duo into a new tier music-making where looking back was not an option. Whether playing a live set or mixing jams on the decks Dragon Suplex will certainly fill the floor with a plethora of partygoers in no time flat!

Don’t sleep on Dragon Suplex… press play on this Lovecast and feel your body slamming on the mat!

How long have you guys been friends? You started off producing hip-hop cuts – How has that influenced your current sound?

Jonas and I have been friends for a looong time. He decided to focus more on his job as an interaction designer, so I’m doing Dragon Suplex alone now. Hip Hop has definitely been an influence and still is — as I still produce Hip Hop beats today.

Describe what a Dragon Suplex looks like on the wrestling mat? How did you come up with the name?

The name really is a little bit random… 🙂 We both liked wrestling when we were kids, so that’s how we came up with ‘Dragon Suplex.’ We actually produced a video for our first EP back in 2003 with wrestlers from Switzerland — the swiss wrestling federation haha. The video-shoot was hilarious but the final video was so cheapo that we decided to not put it out.

We’ve recently had two Lovecast guests from Zürich – Animal Trainer and Fat Sushi. Seems like the scene is growing there. How are people in Zürich responding to the lighter disco jams compared to the more popular and heavier deep house and tech house tracks? Is there a sub-culture of disco-heads in Zürich that we don’t know about?

Zürich is great! There are so many talented and underrated artists from here! Also the club-scene is really big! We definitely should get more recognition. It’s difficult to find parties with cool disco music. Probably because the whole NuDisco-thing is a bit over. Not so much a fan of all this Hip Hop remakes that are considered NuDisco nowadays. I’m making and playing music that I like, but the 80’s sound will always be there somehow.. 🙂

What is your dream collaboration?

I made a Hip Hop beat years ago for Mac Dre (R.I.P), that was my dream collaboration for Rap. With electronic music I don’t really know… I’m a big fan of Roxy Music so Bryan Ferry would be cool.

What’s on the plate for Dragon Suplex this year you’re especially excited about?

I’m really exited to put out new music — I have tons of unreleased material! And of course I’m always exited to DJ or to play live. Doesn’t matter if it’s a big show or a small club, as long as people are dancing and having fun.

What’s your go-to jam at the moment?

puhhh, can’t really answer this question. I like this new Dragon Suplex song, that is coming out soon. It’s in this mix minute 32.20…. 🙂

I selected songs for this mix that i like at the moment. Not so much caring about genres. I hope you like it too! 🙂