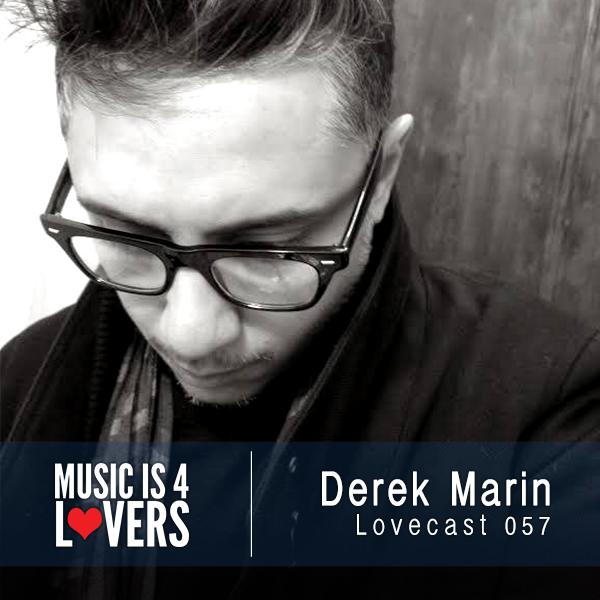 A drummer turned Techno & House producer, Derek Marin has been playing with beats since he was 9. He has performed & collaborated with some of the biggest artists in the electronic music world like Andrew Fletcher of Depeche Mode, Mr. C, Alexi Delano, Carl Craig & Adultnapper just for starters. Derek’s list of works is reaching an uncountable number, releasing productions & remixes on some of the most respected & legendary labels around the globe including: Plastic City, Dirtybird, Swag, Fade, Thoughtless Music, ATOC, Get Physical, Sleaze, Big Chief, Matterform, Hidden, Subtrak, Dialtone, Intrinsic Design & Biatch Corp. Marin also produces under the monikers Sideview, Platonik, Modest D & many others. In 2004, he established his own imprintS, Faucet Music & Like Button and is now also heading the New York via Detroit label Subtrak. Keep a sharp eye out for Derek Marin because he is a true secret weapon of the underground and he never sleeps…

Where are you from and how has your upbringing shaped you into the artist you are today?

I’m from New York City. We’re all gonna need a lot more coffee if i’m to really explain it…

Can you tell us a little about where you live now, the scene, and how it shaped you as an artist?

I live in Berlin now. Berlin is a much more relaxed, easy and open city so that basically means i’ve gotten lazy.

At 9 years old. I got 3 things that year – a potable record player, a cassette recorder & a drumset. I launched my record label about a week later…

I make beats in bed. Seriously. I have 3 studios but i basically fall asleep and wake while making sweet, phat, tight, wicked, fresh, banging, massive beats. I hate all those terms btw.

You produce so much music, how do you create so many amazing tracks with such integrity on the regular?

I don’t have any integrity so i have no idea what you’re talking about. Actually I have no choice really – the voices in head force me to make music incessantly – thank god they’re not saying ‘kill, kill” because i’d be the most prolific serial killer in history.

Who are some of your favorite producers at the moment?

I stopped paying attention to what other artists are doing really – and i’m much better for it. Mostly what i do now is listen and feel out what is collectively being sought after – be it conscious or subconsciously. Now i make music based on what i feel is appropriate for a specific moment. The trends and genres have almost no meaning anymore.

What advice would you have for aspiring producers?

Anything upcoming that you would like to tell us about?

How many pages is this?

It was recorded live on May 1st in Berlin. It was what i could salvage from a 14 hour set on that magical, insane day. I re-edited it a bit.