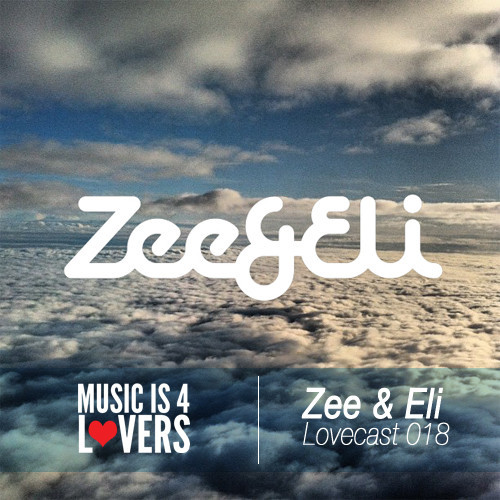 MinxxxMarch 12, 2013
Lovecast EpisodesMIXES0 Comments 0
Hailing from the shores of the British south coast town of Bournemouth comes the dynamic duo of Zee&Eli. 2012 was a solid year for these boys, with releases out on Hype Muzik, Flumo Recordings, and the launch of their own label ZiiZii Records. With a release already out on MEXA Records, 2013 is looking good for these guys. Without so much as even a bio to be found, mystery seems to be the mix for Zee&Eli; although, they were kind enough to give us a little insight to their magic and plans for the year ahead …

Tell me a bit about you fellas …

How did you two get linked up? What started all the magic that is Zee&Eli? Did you guys already have musical backgrounds?

We’ve both know each other for over 10 years and have similar taste in music so we decided to combine our skills and see what it develops into. We don’t have any musical backgrounds besides record collecting and an up session  with music.

Bournemouth, at least as far as I know, isn’t exactly a hotspot for musical magic … How was/is the scene there? Where are you guys based now?

We both live in Bournemouth but work in London most weekends as London is only a 2 hour train ride away. We find living out of the city gives you time to concrete on your music as there’s less distractions. Bournemouth is a sea side town which is beautiful to live in but the isn’t really a decent music screen here. Our good friends Llyod Pakii Fist & Gareth slutcliffe hold massive party every 3 months called ‘Get Satisfied’ that always sells out and have brought some amazing acts to the town which has helped keep Bournemouth music screen alive.

What would you say is your biggest source of inspiration?

Listening to other people’s music! There’s so much good music coming out now and in all styles and genres.

Any particular DJ/Producer or label who/which you most admire?

There’s too many to mention, but our favourite influences are Tom Demac, Glimpse, Fout Tet and Gavin Herlihy.

We would love to play at Fabric in London, as it truly is the UK’s holy ground. The club has survived for over 10 years and always kept its standards very high.

ZiiZii Records is an outlet to release our own music, as we are still experimenting and finding “our sound.” The first four releases have had quite a bit of support from [BBC] Radio 1 and some big name DJ / producers which has helped establish our name in the industry. We have had some amazing remixes on the label from Ardalan (dirtybird), Climbers, Balcazar & Sordo, Lee Webster and Gog, which have all done really well on Beatport.

Any exciting news you want readers to know about? for Zee&Eli or ZiiZii Records?

We have just done a remix for Mexa Records for their new artist Forrest, which has been getting a lot of support and is out now on Beatport. We are very proud to be part of the Mexa family, as Alex Rubio is a pleasure to work with and it’s such a good label to be part of.

2013 is going to be a big year for us as we are working on several new EPs for some well established labels, which should be out by September time. We are looking to push our sound in new directions and move away from that ‘Nu-Disco’ vibe.