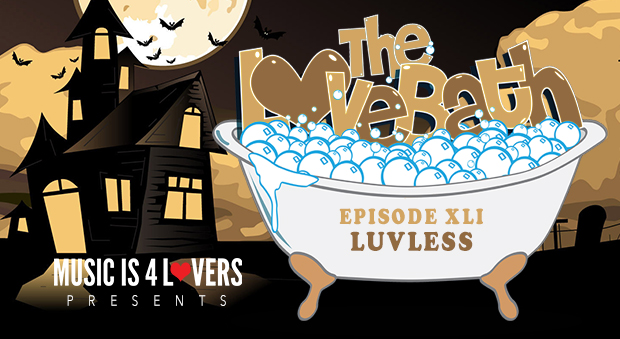 We’re balancing on a beam here by adding some LoveBath to our good pal, Luvless. The Leipzig based producer and founding member of the Rose Records camp comes correct with a fresh and bubbly installment hot on the heels of his new label project, Velours Records. Known for his delightfully deep and groovy productions, the accomplished beat smith has found favor from the likes of Sleazy Beats Black Ops, Kolour LTD, Razor-N-Tape and a whole slew of quality outlets.

Definitely happy to add this luminary to our list of Lovers… hop in for a soak and peep our interview with the man below.

Can you give us a little background on your musical journey and how you launched your Luvless project? I can’t imagine this is your first production alias?
I bought my first pair of record players when I was age 15 which is nearly 20 years ago and never stopped playing records since then. I came to house through my older brother who was already going out to underground house parties in the mid 90’s. I joined him a few times and by the age of 18, I was finally able to enter the nightlife… going to real clubs like the legendary Tresor (in Berlin) and Distillery here in Leipzig. I also did some private house parties where friends and I got the chance to Dj and play our favourite records. It was also around this time that I started producing music just out of curiosity. I had Fruity Loops and Reason running on an old 4/86 Windows PC in the beginning and many years later, after developing, I switched over to Logic and landed on Ableton Live, which I use mostly these days as my main DAW. So there’s just a brief look into my journey.

Speaking of launches, you recently started a new label, Velours Records. Whats the story there? We all know you as a founding-father of the ever popular, Rose Records. Why the new venture?
I had the feeling that it was time for me to do something new besides Rose Records and I was eager to manage everything on my own. I am very proud of what we accomplished with Rose Records over the years and I took those experiences to create a new little baby. I guess Velours Records wouldn´t exist without Rose so i guess it’s a kind of offspring. I’m still into Rose but I needed to take some time off to set everything up for the new imprint which was really exhausting, to be honest, ha ha! It’s very interesting to search for fresh faces out there in the world wide web and give them a platform to represent their musical expression. The next few releases are mainly by people you might never heard of but I’m also open to releasing music from well-known artists and friends from the music scene.

What can we expect in the future from Luvless and Velours Records?
I launched the first Velours record in September and it went really well. Our first EP was from a young, Italian producer named Weast that I had met on Soundcloud. I immediately felt his music was perfect to showcase the Velours sound, so I asked him if he would be up for making a record and he gladly obliged. I’m really excited about what’s coming next on Velours. I’ve found some sweet guys who totally reflect the sound i am envisioning and you may be able to find some upcoming stuff in this LoveBath mix as well! I plan to drop my own Luvless EP on Velours Records next year so, I’m currently working on that… stay tuned!

Anything else you care to share? This is your chance to plug releases, remixes, gigs, etc.
Yeah, I recently contributed tracks to the Ourselves and Super Tuff labels from Brooklyn which you can check out here and here.
I also have an EP coming for LÜÜD Discs from Toulouse/Paris in France. I’m really glad they asked me because I loved their first record and it’s always in my bag. No release date on that but I’m very excited for it to come out.

#1 Sure-fire party-starter in your DJ bag currently?
That’s a tuff one, but I’m really digging Till von Sein’s new outing on his new imprint, Tilly Jam. His tune Ambush 77 is such a party track, love that one.

Thanks for the invitation, guys. enjoy the mix 🙂