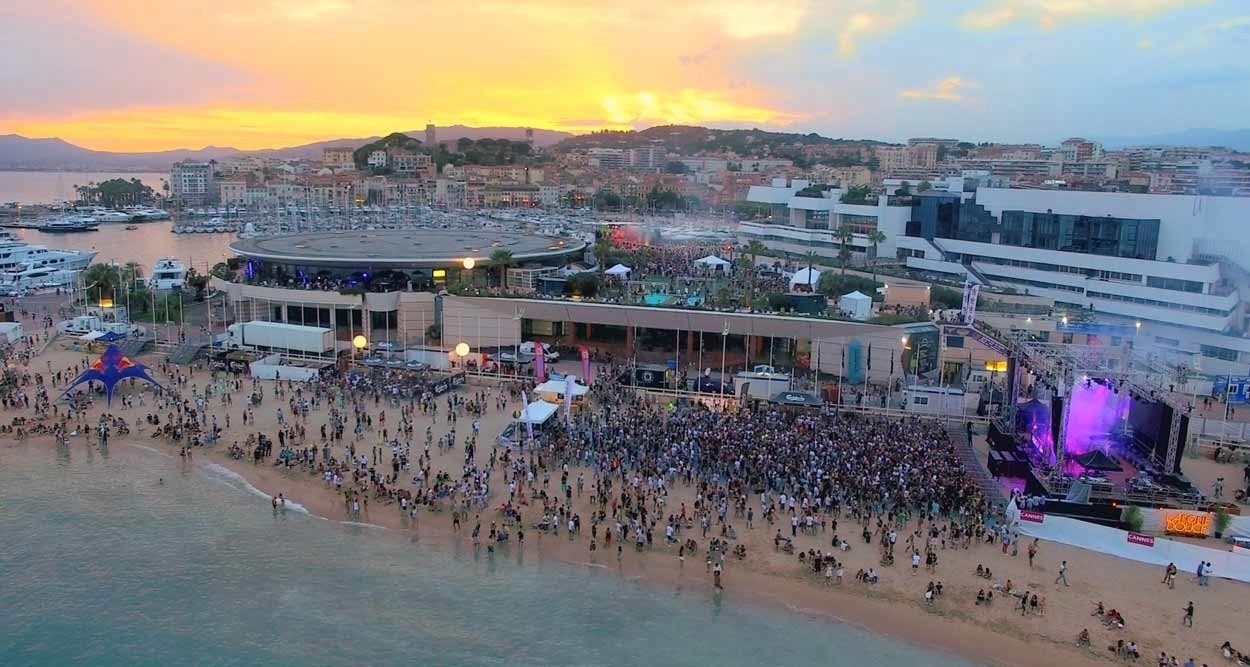 Now firmly on the list of major festivals not to be missed, The Festival Les Plages Electroniques will be celebrating its 15th anniversary from August 7th to 9th 2020, and has an array of surprises and novelties to be announced very soon. The first wave of acts includes The Chainsmokers (exclusive – their only French festival appearance in 2020), Paul Kalkbrenner, Kaytranada, Stephan Bodzin, Boombass/Cassius, Guy Gerber, Folamour, Mathame, Artbat, Boys Noize, Meduza, Sam Paganini and more.

The many festival-goers from all over the world who attend the three day event  will be delighted to dance non-stop on the most beautiful beach of La Croisette, on the roof of the Palais des Festivals et des Congrès, and sink their feet in the water at the Red Bull Enigma party on Sunday, as well as get down at the after party in the Rotonde Riviera until early morning.

The Festival Village opens from 2:00 p.m. and always pays special attention to the comfort of the public with a beauty corner, many fun stands, chill out in the gardens of Square Reynaldo Hahn, catering offer for all tastes (burgers, vegan, pancakes, Italian ice cream, sweet, salty) in collaboration with local food trucks, and much more.

The first open water party in 2017 on the Palais des Festivals beach was a resounding success. It is an event within the event with a stage set up on the water and hundreds of giant buoys distributed for the delight of festival-goers. 2020 will repeat more of the same on Sunday from 2.30 p.m.

The afterparties are always a great success. The Rotunda of the Palais des Festivals, which is used to hosting congresses throughout the year, will once again be transformed into an ephemeral club, an indoor dance floor with a capacity of 5,000 people with an original concept and scripting concocted by a collective of local artists, so festival-goers can extend the party until 5 a.m.

Live the backstage VIP experience: Festival-goers can access the premium spaces with a view of the main action and get skip-the-line entrance, a personalized welcome with a hostess, a dedicated bar with paid food service, in short making it a special way to experience the festival differently.

Les Plages Électroniques will offer more than 60 artists from around the world across the three days with a line up oscillating between Electro Dance Music (EDM), House, Pop Electro, Techno and urban cultures. All catering to the 40000 strong crowd.

The Chainsmokers are a pop act consisting of two DJs named Drew Taggart (born December 31, 1989) and Alex Pall (born May 16, 1985). They first hit the charts with the novelty song “#Selfie.” Two years later, in 2016, they soared to the top of the charts with “Closer,” one of the biggest pop hit singles of all time.

Berlin’s Paul Kalkbrenner is a unique international talent. In fact, with seven studio albums and more than 2.4 million Facebook fans, he is one of techno’s biggest superstars! Paul Kalkbrenner’s demanding compositions are full of energy; they exist to take listeners away from the everyday, from the weekly grind, into rapture—into art, ecstasy, absurdity friendship, hope and love.

Born in Haiti and raised in the city of Montreal, Canadian artist Kaytranada has experienced an explosive rise in the past couple of years with his irresistible production and live sets, but the hard work and success did not happen overnight. Before touring the globe and amassing millions of hits online with his series of beloved tracks and mixes, the young man came up as a true disciple, absorbing hip hop and RnB culture since his childhood and finding ways to make the music his own.

Stephan Bodzin has been a hugely influential figure within the global techno scene for years. The reason the German has endured where many had fallen by the wayside is because of his devotion to authenticity. “Without it, everything would appear to be nothing more than a hollow shell,” says the son of an experimental musician who is now a revered talent in his own right.

The biggest beach party in the Côte d’Azur