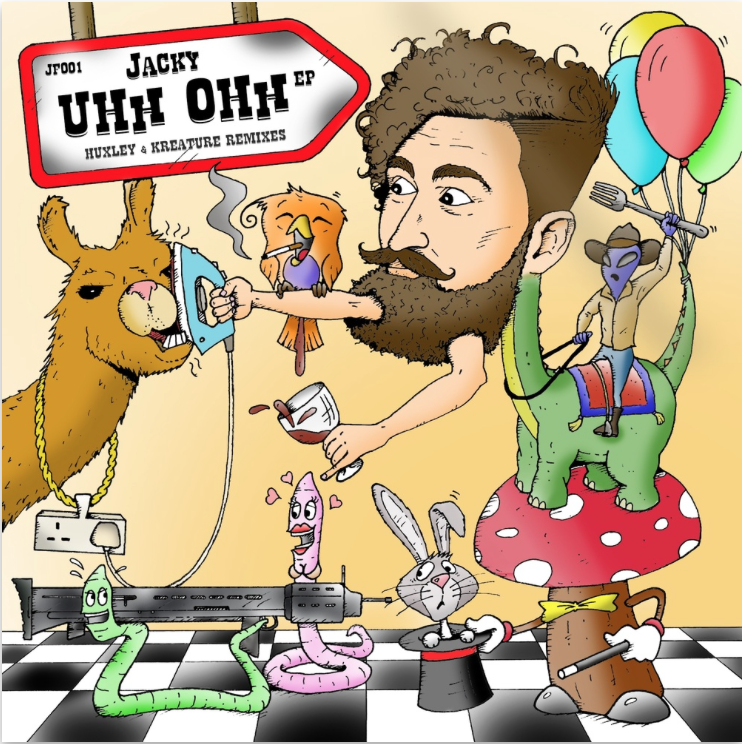 Jacky & Friends is an already well-known party brand that has left a trail of madness and ever-increasing fan bases from Manchester to Ibiza, Newcastle to Croatia. Couple that with Jacky’s own electrifying sets and tunes on VIVA, DFTD, Elrow Music and many others, and it makes sense to now step out with a brand new label.

Jacky has long been deeply immersed in the scene so says, “I was finding so much amazing music from friends in the industry, and more importantly from new artists whom I had never heard of, that I thought it would be such a waste not to show this music to the world – the label is the perfect way to do this.” Just kidding. That’s what Jacky told us to say he said. The reality is he was just sick to death of sitting at his computer refreshing his inbox 13 times a minute after sending a shit load of demos out, so having his own label solved that problem.

At this point, then, you will be expecting a tedious rundown of the music, but instead of that Jacky wants to let the music do the talking. The first EP features four big tracks made up of two originals from the man himself, plus some massive remixes from hot house talents Huxley and Kreature that take house music in big and bold new directions.
The future already looks bright with more EPs scheduled from Ying Yang and Ren Philips, Truth Be Told and many more right through to next summer. As such, Jacky & Friends are coming for your ass in 2019.

PREMIERE OF THE LEAD TRACK – https://soundcloud.com/jacky_music/premiere-jacky-uhh-ohh

This February Jacky will also be embarking on a 9 date Australia and New Zealand Tour and playing many of the best cities in both countries.