French alt-pop talent Theodora is still riding high off the success of her ‘Too Much For One Heart’ album from last year. We sat down with her to chat about her upcoming ‘Twist In My Sobriety’ cover on her Theodora Project imprint, her stunning vocals and more.

Hey Theodora, thanks so much for chatting to us on Music is 4 Lovers! Where are you joining us from today?

Hello ! I’m joining you from Paris, where I live.

Your musical background goes back a long way – you grew up listening to a lot of rock music, playing bass guitar and vocals. When did you discover your love for electronic music and how did you find your own sound?

That’s right, I would listen to a lot of rock music when I was a teenager. I think I started listening to electronic music when I was around 18, I remember discovering Kraftwerk, Alphaville, obscure French cold wave music such as Deux, and starting enjoying repetitive music.  Then I started listening to 90’s house, and gradually arrived to more recent stuff. I remember having an epiphany when I first listened to TR/ST, it was in 2012. I was on tour with a folk band I played with at the time, and felt I needed to do something else. A friend of mine had offered me a cheap synth from the 80’s that sounded gloriously to me ! I started composing with it and found a lot of joy playing the same chords for hours ! That’s how I started composing songs of my own, recording in my room, learning everything from scratch.

Following the success of your debut LP last year, you return with a revisit of Tanita Tikaram’s alternative pop hit ‘Twist In My Sobriety’ for a more dance-focused version. What made this song stand out to you?

I used to listen to the original song on an audiotape made by my aunt when she was younger. We would play it during car trips with the family. I was haunted by the voice of Tanika Tikaram, by the oboe theme, it was so melancholic and powerful. I wanted to cover a song that had made an impression on me when I was a child, and I felt like this one could have a danceable potential once arranged the way I imagined it.

What feeling do you intend to instil in your listeners?

I think this version of « Twist In My Sobriety » combines emotion and energy, that’s what I like to feel when I dance to a song. I hope listeners will feel both melancholy and life impulse.

It is also mixed by Etienne Caylou who you’ve been working with in the studio for a few years. Tell us about your relationship with Etienne and how you work together as a team.

Etienne has mixed most of my songs since I released my first EP in 2016. Through the years he has become the ear that first listens to what I do. We share a lot of common tastes but also have different ways of approaching music, which makes our collaboration interesting. Most times I go to his studio after having worked on a production in my own studio, we listen to it and imagine how it could get more impactful. Then we do some additional production, make the final voice recording and he mixes the song. I still have the same excitement every time we work together ! I know at some point I’m gonna be totally amazed by what he’s done.

Your use of both spoken word and sung vocals create such a profound impact and are often the centrepiece of your music which drive the storytelling and atmospherics. How significant is the voice as an instrument to your productions?

I’ve been a bass player for years before I started singing, and realized quite late my voice sounded much lower when I sang and recorded it ! I think the instrumental is essential to create the identity of a song, but if the voice and melody doesn’t hit you in the heart you can forget easily about the song. The voice is the instrument that comes from one’s inner core, it has such a great power to transmit human emotions. Generally, when I record the vocals I realize I need to simplify the rest of the production, as it already tells so much.

The new single is releasing via your Theodora Project imprint. What is the mission of the label and what direction would you like to see it go in?

I created this label to produce and release freely my music. All I wish for is to keep the freedom I currently have to create and work, hopefully it will grow with me. And why not helping other artists to develop their own universe at some point…

What exciting up and coming French talent is on your radar right now?

Lately I’ve been listening to Thx4crying, a Paris based artist as well, and been particularly obsessed with his song « Alors je descends plus bas » ! 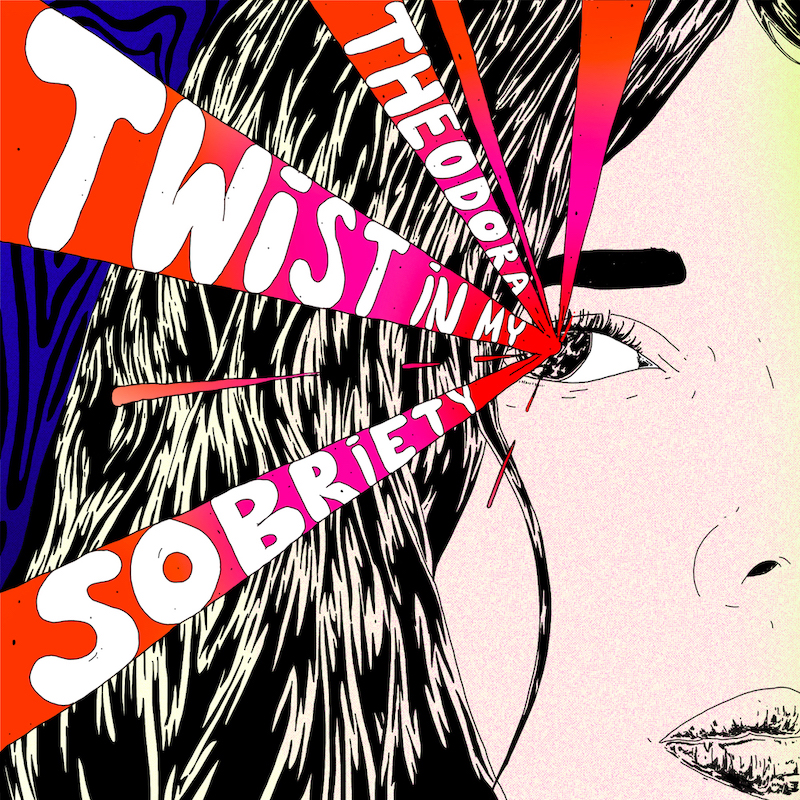