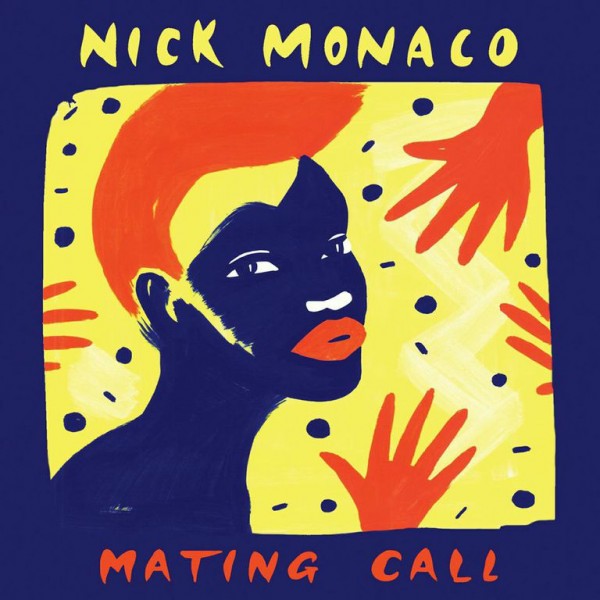 Nick Monaco has been on our radar for quite some time now. He’s impressed us with the variety of both the music he makes and the music he plays. When first hearing his new album (and debut), we were very pleased to hear how fresh and original the album sounded. It is called Mating Call and it’s out now on Soul Clap Records. It’s hard to really classify this album as purely electronic because it’s not. Its a collaborative work with special appearances by artists like Slow Hand, Brandon Cain and Rick Vargas. You will hear influences from many genres and styles when listening to “Mating Call” and in our opinion, that’s a good thing.

We thought the best way to expose his new album to you guys would be to interview the man himself and find out what makes him tick, some background on his life growing up and his personal description of what this album is all about.

Hey Nick, thanks so much for taking the time to sit down with us. We really enjoyed your album and are quite excited to share it with our audience. We thought we would start out with some basics here…

So where are you originally from?

I’m born and raised in the bay area. I grew up a little north of San Francisco in a place called Santa Rosa.

Was music a big part of your family growing up or did you pick it up on your own?

My mom played guitar here and there and my dad’s record player was always spinning. I have memories of my dad teaching me how to put the record on the turntable, pretty cliché dj stuff, I know. My cousins and I were always into music, they were classically trained pianists so I was always picking techniques and songs up from them.

When did you make your first track? Was it along the same lines as the music you are making now or something completely different?

I made my first beats on a Roland Fantom Keyboard when I was like 14 or 15 but I guess those don’t count. I was making hip hop and R&B beats for rappers and singers back then. When I got into dance music it was through dirtybird and the booty sound so I was interpreting that in my early work. My sound has obviously changed drastically since then.

How would you describe the genre of music you produce? We’ve heard a lot of varied sounds from you. Is any particular style a favorite?

I’m just trying to pick up where Tears for Fears left off.

When did the DJ thing come about?

I started DJing when I was 13. I had worked two summers before that selling fake designer sunglasses to afford a cheap DJ setup. From there I started playing house parties, high school dances and anything I could get my hands on. I got really deep into turntablism – I even invented my own scratch at Qbert’s house called the muffmorpher. I wasn’t feeling like I could connect with a broad audience with turntablism so I moved further towards party rocking and producing.

Tell us about your relationship with the Soul Clap boys. How did you get involved with them and how has that played into your career as a producer and DJ?

Eli and Charlie are my big bros. I think they see a lot of themselves in me and we share the same ethic and philosophies (since we both started as blue collar mobile DJs). The story is pretty simple, I sent Eli a demo a few years ago when I was living as a beach bum in Barcelona, he loved it and we began talking. One day I asked him to be my mentor, he obliged and they’ve been pushing me to new heights ever since. They’re so knowledgeable and supportive, I’ve learned a lot from them.

So on to your debut album Mating Call. First off, congratulations! We took a listen to your work here and really enjoyed it. “Genre Defying” is definitely a great descriptor of this album amidst the club world you are associated with.

Tell us about the making of the album. Where did it get made? Was it at your home studio? Or somewhere else?

It was half my home studio and half TRI studios, which is the new Grateful Dead Studios. My roommate Rick Vargas, who’s an extremely talented engineer and producer, helped a lot to shape the album. He doesn’t come from the dance world so I always welcomed his input, knowing that it would bring something unpredictable and unassuming to my sound.

Was there much collaboration involved in the making of your album? It seems there’s a few features like Brandon Cain and Slow Hands. How do you like bringing on other artists in the music making process?

Like I said Rick Vargas helped me a lot on the album. Brandon Cain is a close friend of mine from years back, he’s actually a rapper that goes by B Dizz, but he came over one day as I was making “Ancient Ritual” and added his vocals which really make that song. Slow Hands contributed his guitar work one morning at the Marcy Hotel in Brooklyn, so it’s very fluid and organic. I like working with close friends, it’s never tense, it’s just fun.

What’s your favorite song on the album. And all of them is not the answer we’re looking for but understand if that’s the truth 🙂

My favorite song is “She Got That Fire”, it’s one of the last songs I made for that album. It involved a lot of weed and my delusions of being a reggae/dub singer.

We love the album art! Can you tell us about its creation?

Lynnie Zulu is responsible for all of the magnificent artwork. She is from London. I found her randomly online and commissioned her to do the artwork for The Stalker EP. I’ve worked with her on everything since. I like to think if I made art it would look like hers. Check out her work at lynniezulu.com

“Let your freak flag fly!” We love this motto! Tell us about why you identify with this saying and what you’re trying to say to your audience.

It’s a plea for self-expression and an ode to the LGBT community who are at the core of modern dance music. Boundaries? What are those? Letting your freak flag fly is walking out of your underpaid job because you know your worth, it’s wearing bright yellow instead of black or grey, it’s hugging a stranger. It’s an open armed welcome to the strange and unfamiliar and an intolerance for mediocrity.

“Brooklyn is a Submarine” is the track that features Slow Hands. Tell us about this track. It’s a great addition to your album and the faster tempo shift is an excellent complement to the slower tracks.

I actually made this track for Lady Miss Kier of Deee-Lite, whose a huge inspiration to me. I was in Brooklyn at the time and was waiting for her to come to the studio, I was getting anxious anticipating her arrival and I knew we both shared an affinity for fem-punk like The Slits and X-Ray Specs, so I made that track in like 15 minutes. She couldn’t make it that night (we ended up working on something later down the line). I woke up in the morning added the lyrics, Slow Hands added the guitar, and it was a wrap. This song came from sleeping on the couch at the Marcy Hotel (the Wolf+Lamb headquarters) and feeling like I was a submarine since there’s a big skylight in the back room, hearing all of the street noise made me feel like I was in an submarine.

Tell us about your live performance. After listening to the album, we are super excited to see it performed live!

The live set is really coming together. I’m loving the challenge of packing my music into a live experience. I just linked up with an animation studio in New York, they designed custom visuals for the whole experience which are inspired by the artwork. I’m really excited to show them to the world!

Tell us about lipstick and why it’s so underrated.

It enhances arguably one of the most important and intimate parts of our body. And I’ve noticed when you wear lipstick people are drawn to your lips and really pay attention to what you say. Lipstick has a magnetic quality.

What’s the freakiest thing about you people should know?

Let’s just say I like coconut oil, a lot!

Thanks for your time Nick and again, congratulations on your album. We look forward to seeing you play soon and hearing more great music from you in the future.