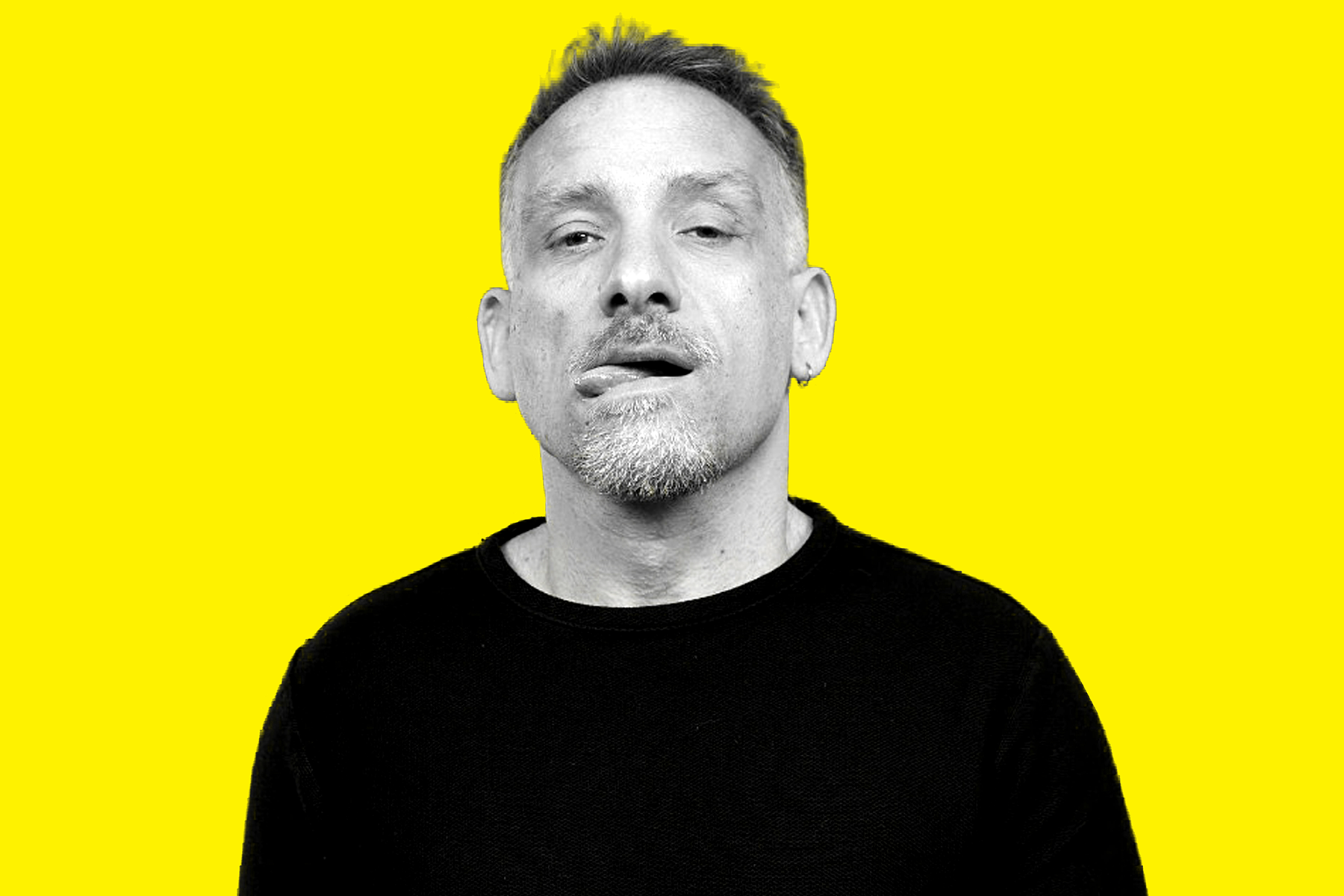 Tommy Marcus has been working for the past 25 years, mostly in the LGBTQ clubs around the world and has collaborated with French pioneer Shazz and was behind the massive hit « Supalove » which was a big club hit and was a Danny Rampling and Joe T Vanneli favourite for years. Tommy has also shared the decks with Bob Sinclar, Carl Cox and was the first French DJ to play at the Berlin Love Parade. 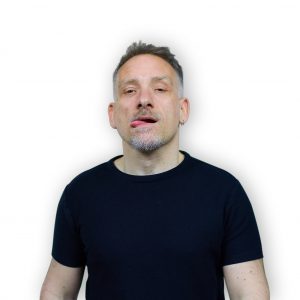 Tommy Marcus is a Dj now since 1995. Actually that was not my first nickname. I started at 22, signing a big record deal for Sony Music with the nickname of Mark Clement, I release a trance single who was big in France. The track was called BERLIN https://www.youtube.com/watch?v=rZgflEK91Xw  I made an album who flopped a little bit and made a lot of remixes for artists like Big Soul, Yello, Wes…
I feel the need to start over again after the big rise and quite the big fall. I was 24, a little bit desperate and this tune was like a curse to me, so I decided to change my name and start everything again. In a LGBT bar in Paris, I meet the owner who were record seller before and was a big fan of Berlin, he wanted to make parties and I started djiing for him. I choose a another nickname and start a new career at 24 🙂
Tommy Marcus era was on 🙂
Bac in 99, I released my first track under Tommy Marcus moniker, the track was called SUPALOVE, it was mixed my Mirwais before Madonna’s fame and it was a big club hit everywhere in the world.
Then I played in major LGBT parties in France and the scene was really huge at this time. I’m still one of the most prolific dj in France in the LGBT scene.

2.) Can you tell us about your new album?

I really wanted to make an album like we used to do back in the 90’s. Something rough, something crafted. I used a lot of samples and tried to find the right amount of 90’s in an actual sound.
Paradis 1&2 : The album opener is what should have been the opener of the show « l’oiseau paradis », but they choose another one, I decided to open the album with this track because it feels theatrical and I really like musicals.
The Fire : I was in a search of a future funk sound, very dance but still very sexy. Pop track but with an adult trick
Silent And Grey : I was a big fan of Garbage and I don’t know why but I had Garbage in mind when I made S&G. I love some much different kind of music and this one is very pop and rock but always with an electronic heart.
Desires : It’s an tribute to the Def Mix culture who was so important to me. I was such a big fan of Frankie Knuckles and Morales.
Brut : As I making music for cabaret, I really now want to make music for film. This track sounds like a soundtrack for me. And it calm down the album a little bit because, you can’t be high all the time, right ? 🙂
This is Love : is the big poppy track of the album because as dj, we have to make people happy and be /stay positive.This track is about partying, making love, embracing your life and don’t take yourself too seriously.
Party 82 : second part of the album for me, this track is a very very sexy track. Influenced by Imagination” Body Talk » and French Touch too. Since EDM, we lost the sexiness of dance music I think. I wanted to bring the sexy back in electronic.
Treat You Right and I can’t Explain : Those tracks are very similar to me, influenced by Italo Disco and Pop music with a modern twist. Those 2 tracks are those who represents the most the album.
Neon : I’m so obsessed by Bobbie O or Moroder. What they made at their time was pure genius and pure magic too. Neon is a tribute to those electronic pioneer and a tribute to club culture too. As an LGBT artist, this sound is also a tribute for the gay clubbing community who paved the way for us 40 years ago. Bobbie O, Larry Levan or Moroder made so much for music of course but for gay community too .
Under The Water : I’m obsessed by Diplo and Major Lazer, I love their pop and dirty sound but sometimes it’s still very emotional and always sexy. I love moombathon and it’s still a little bit outcast in the LGBT community, so I wanted to give it a try because it’s a love song and we need love songs to dance on right ?
Lockdown Lullaby : this is the last track I made during the lockdown here, I was so in a shock, I’m an hyperactive guy doing Crossfit and djiing. And I had to stay at home and I feel the need to make a track about what was my feeling at this time. The track is about frustration and how you stay calm when you just want to explode. I did it like a tattoo, I will remember how I was feeling back then when I will liste. To it in few years.
Mothership : I was a big fan of trip hop and I wanted to put a trip hop act in the album. The first version was actually with a rap vocal. I’m gonna release it in the deluxe version of the album because it was very powerful.
Nobody : the end of the track is really to end of the album, I wanted to end it like you end a concert, it’s a very emotional track about being alone. I think it’s a very emotional album. It’s fun, it’s very referenced but I really hope you heard the melancholy in it and the sexiness too 🙂

3.) Who are your greatest influences as a artist?

Madonna is my greatest influence in Pop music because she had so much era, and she deals with so much kind of music. She tries so many things.She’s an artist I love and respect.
I was such a big fan of fRANKIE kNUCKLES :
https://www.youtube.com/watch?v=sYP9F-kL8CM
This track is the essence of Def Mix for me, I still listen to it now 🙂
https://www.youtube.com/watch?v=ZWmrfgj0MZI
Massive Attack unfinished sympathy is the perfect dance track EVER. Still sounds fresh and melancholic now as it was in the 90’s.
https://www.youtube.com/watch?v=uqiGLJwKRFg
I’m a big fan of Basement Jaxx and like Diplo or Madonna, they re not afraid to deal with so much different style and influences, I think we’re not only one kind of music but we are a global summum of different cultures and I still discover things 47. That’s what is amazing in music.

4.) Please tell us about the electronic scene in Paris. What artists do you love past and present that have inspired and encouraged you and what parties that you love going to have helped your musical evolution.

The electronic scene was huge in the 90’s, I was a big big fan of SHAZZ. I meet him and we worked together on Berlin  and Supalove and still friends since 25 years 🙂
I’m friend with Bob Sinclar since many years now too, his first album was amazing and his album under La Yellow Production back then was a big reference for this album.
Daft Punk is still amazing but I’m not that much into this French touch hype now, it became a caricature of what it used to be.
French pop artist nowadays used a lot of electronic and that’s the future of dance music in France : Antoine Elie « Paradis » or Hervé.
I was a big fan of LE QUEEN before became dj here 🙂  I saw Erick Morillo, Roger Sanchez, Masters At Work, Danny Tenaglia, Rupaul performed and so much more,  it was everything and ‘im so grateful to be 90’s club kid 🙂

5.) How was it being the french DJ to play at the Love Parade? Those times looked awesome. I bet it was some experience.

It was crazy and also unexpected. I was the « LGBT act » but they were no such kind of boundaries there so it was just a crazy beautiful mixture of people, culture and it was so natural that music unified us.

6.) Can you tell us more about your involvement in Cabaret? How did this come about?

I worked with Kamel Ouali superstar French choreographer and director since a little bit now. I was supposed to revamp the French Cancan with two mixes : an electro sexy one and a more bouncy one and  I finished to produce 80% of the show. It’s a mixture of pop tunes, original music and sound design. It was a crazy experience to work with this team, with Miss Universe, with kamel, with all that talented cast for one year. The show is amazing and it’s one of the thing sI made I’m so proud of. This and Brut 🙂
https://www.youtube.com/watch?v=roIJntMxLis

7.) What else can we expect from Tommy Marcus over the next year?

I would love to make e soundtrack and more sound design for shows.
But currently I’m working on a Deluxe Edition of Brut and I’m working on a more dance oriented  album with trap, edm and stuff like that.
I’m still working on being a better producer and on how to embrace all the influences I had and teach the kids 🙂
And I can’t wait to be back behind the decks again. I miss a lot djiing.