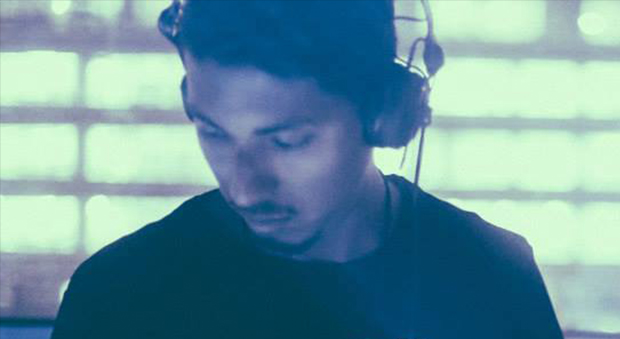 Enzo Muro is one of LA’s unsung Heroes. He selflessly supports his community of music freaks on a continuous basis with unwavering genuineness. You can find Enzo at nearly every boutique event Los Angeles promoters offer–that’s because Enzo is friends with nearly every boutique promoter in the city. His advocacy alone for the LA scene and his friends is an Heroic quality we hold in high regard.

As the California liaison for Bamboocha Radio out of Lima, Peru, Enzo has hosted many local djs and special guests in his bedroom studio in recent years. This has been a great opportunity for Enzo to hangout with basically all the djs in the industry on a level outside of the party scene–some tight bonds have derived from these personal encounters. Everyone loves Enzo.

Now, having recently joined the zealous Electronic Groove team based out of Miami, Enzo has connected a strong link between the U.S. bicoastal network. It’s the perfect match for both parties. Equity is a beautiful thing.

The amount of music that Enzo has been exposed to, on his radio show or out and about at every show in LA, gives him a broad and tasteful style of music when he djs. One has to step out of the box to acquire such a taste in music as Enzo Muro. Recent notable dj gigs for Enzo include Lightning in a Bottle and Desert Hearts, two hugely popular campout festivals in California; and at Avalon opening for Nick Warren and Guy J. Enzo is also a regular jock at The Standard rooftop in downtown Los Angeles; a rotating resident at Clinic, a weekly Wednesday night dance party in Hollywood; and a fixture at Pattern Bar, a popular dimly lit cocktail lounge in DTLA owned and operated by Eduardo Castillo. So, Enzo is busy a dj and on the up-and-up.

Enzo is a prime example of what we mean by Hometown Hero–someone who compassionately supports his community like family and gratefully seizes each unique opportunity as it presents itself. Contributing to the scene instead of taking from it.

How did you get into djing? Who has been a big influence for you as far as music and/or your dj career goes?
I was a partygoer since 2000 and I was always amazed of how one person can make so many people happy with their music…  So that’s really how I got into djing. I was raised in Peru and my parents are definitely salsa lovers so I grew up listening to lots of latin music. Then I really got into everything from Rock, Pop, Metal, Punk, Reggae, etc. I just like music in general, good music! A big influence for djing, I would have to say, is Barry Weaver, he is a mentor to me here in LA. Also, I have seen many artists who I look up to and they made a huge impact on me.

Tell us about Bamboocha Radio. How did that start up? Who has been one standout guest for you?
Bamboocha Radio is an online radio show from Peru. I started my radio show in 2011 with the purpose of just playing music. Later I decided to start having guests, especially from LA so I could give new and old djs an opportunity to share their music with others. I have made so many friends through it and it’s always fun to hear their music and hangout with your friends outside the party scene. All my guests have played great sets for my show but I feel especially honored to have had artists such as Uner, Q-Burns Abstract Message, Tom Budden,  Droog, Dzeta N’ Basile, Magdalena, etc.

How did you link up Electronic Groove? What is your role with EG?
I’ve always listened to their podcasts so when I started with my radio show, I got in touch with EG so we could play their podcasts on Bamboocha Radio… and that’s how my relationship with them started. After a couple years they invited me to be part of the team and I couldn’t say no to that. I do Public and Media Relations.

What’s the scene like in Los Angeles right now? What’s been your coolest gig in LA recently?
I think the scene in LA is getting better and better every day.  The LA crowd is a community, which is really nice to be part of. You go to a party in LA and it feels like a family reunion. My coolest gig in LA definitely was earlier this year at Avalon opening for Hernan Cattaneo, Nick Warren & Guy J. It was a dream come true for me.

What is one of your favorite tracks to play out right now?
I don’t really have favorite tracks, I always try to play different tracks every gig so it’s really rare that I’ll play a track more than twice but as an all time favorite I would say, Dubtribe Sound System – Do it Now.

Tell us about your mix.
This mix is definitely a bit dark, deep melodic techno. Really what I have been digging  lately.

Drink of choice…
Beer….(I have a bit of fame as a beer drinker, lol)