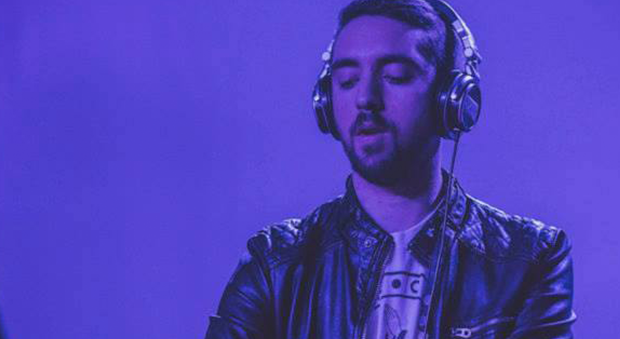 This week we feature Philadelphia DJ and fellow comrade of the underground — Blueshift. As Co-Founder of the French Express blog (before the brand shifted to a record label), Editor at Stoney Roads, and producer for Nurvous Records (under the duo moniker, Mr. Falcon, with friend ILY), Blueshift’s passion and expertise of the industry catapults him into Heroic status.

We’re happy to have made this connection with our East Coast brother and proud to add Blueshift the Hometown Heroes roster.

Describe the scene in Philly in 10 words or less.
It’s come a long way in the past ten years.

How did you hook up with French Express – Protectors of the Feel Good? (Did you think of that tagline?)
In 2008, my then friend Leon (Perseus) approached me and asked if I’d be interested in helping start a blog solely focused on French house music — that’s how French Express came to be. Of course, we eventually focused on things other than French house, based on our own evolving tastes. I posted track/artist reviews on the blog and helped to maintain the back-end; as well as being the Facebook fanpage admin and making posts there. I also heavily promoted the brand on other forums and through word of mouth.

Leon came up with the “Protectors of the Feel Good” tagline and took the role of developing the brand into label around 2010. Once we shifted over to a pure label format, I functioned as A&R, scoping out artists that might be a good fit for the label. I’m no longer with French Express, but I definitely value everything I learned about the music industry and building a brand from the ground up.

What DJ residencies do you currently hold?
I used to have a couple residencies in Philly, but have since moved back to a gig-by-gig basis. However, I do currently host an online radio broadcast called The Pool Room with my friend Jay Hilario. We grab a few DJ friends and a bunch of beer and set up on Jay’s pool table.  Then we spin, talk shit on the mic, and broadcast online until we all pass out. We’re currently in the process of developing the show and moving it out to venues in Philly. Of course, we’ll eventually be incorporating video into the broadcast.

What’s the latest on the production front? What’s the greatest challenge for you when it comes to music production?
Production has kinda taken a back seat for me recently. It’s tough to balance a full-time day job, a full-time night job of track hunting and DJing, promoting myself, going to friend’s shows, etc. Since I’ve been advancing in the DJ scene, I’m definitely finding it hard to put it aside for a little and shift focus to production. Eventually, I’m gonna have force myself to work on something, even if it’s only for a few minutes when I get home every day. Momentum is definitely key in the production game.

Currently, I do have some projects I need to complete. A remix for Philly dudes Maggs Bruchez and a tune with Rhythm Operator is in the works. I’m also looking to start work with my production partner ILY on some new Mr. Falcon stuff soon.

Any other exciting news on the horizon?
As far as music, ILY and I released our remix of Just Kiddin’s “Thinking About It” for free on my SoundCloud. We made this for their remix competition. It didn’t win, but we definitely had fun working on it.  Gig-wise, there’s lots of stuff up in the air at the moment. April 10th, we’re bringing The Pool Room to Medusa Lounge in Philly. There are also a couple big shows I’m waiting to hear back on, but can’t announce just yet.

If people are interested, I’d recommend keeping an eye on my Facebook or signing up for my newsletter.

What is your go-to jam at the moment?
I’m gonna bend the rules here and drop two…

First one is Adrian – Sample Era on Sinnmusik. It’s a deep tune with these lush chords that I tend to gravitate towards and a massively gangsta low end. I’ve been caning it the past few months. Definitely for when it’s time to get serious.

Next one, I recently picked up is Rob Cockerton – Old’s Cool on Snatch! Records. It’s  a heads-down tune with a simple but super powerful groove that works wonders on a big system.