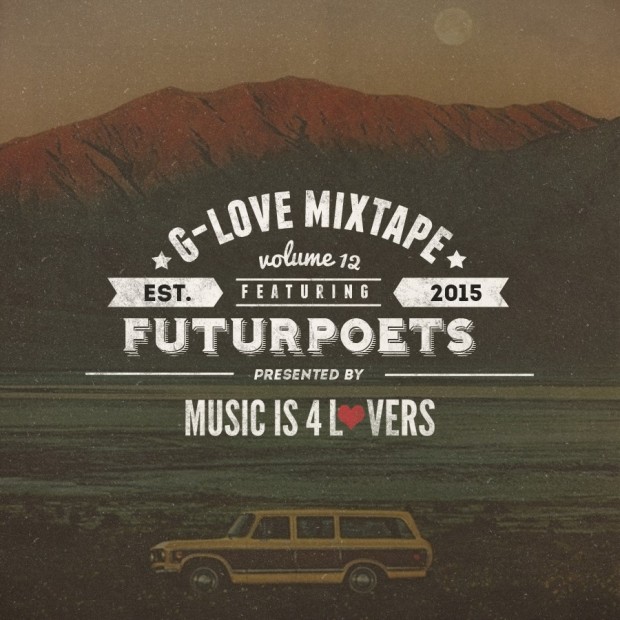 It’s hard to believe that it’s been one year since we first introduced the G-Love Mixtape Series, but we’ve made it! First off, we would like to thank all the artists involved in this project, and of course, you guys, our readers! Without your constant support we would not have made it to our first anniversary. For this very special edition, we have decided to bring you a mix by the incredibly talented duo, FUTURPOETS.

The producing duo based out of Guadalajara, Mexico have been on a serious roll as of late. As co-founders of the fast-rising imprint House of Hustle (the other founders are our friends Heartlybeats), and the very famous G-House Movement soundcloud community, these guys have been able to establish themselves within the roots of the genre as some heavy-hitters. With songs released on Cuff, Audio Rehab, House Of Hustle, Sleazy G, Sleazy Deep and Dear Deer, FUTURPOETS have seen the tops of the Beatport charts multiple times. But, we won’t bore you with words, when we can just let these guys do the talking through music. So, without further adieu, we present the G-Love Mixtape Series One Year Anniversary mix by FUTURPOETS.

Who inspires you?
There are a lot of artists right now pushing different sounds and styles that we really like but the ones that really stand out atm are Marc Spence, who’s managed to pull off that “nasty banging house vibe”, which we really love. Then you have these fantastic bass benders like Billy Kenny and Maximono for instance who always create really interesting productions and really push the limits of what bass lines can do. Kyle Watson is another producer we always find to have really good productions. To be honest we love so many styles and sounds so the list could go on and on for each style but yeah for us the main inspiration is finding those artists who are really pushing the limits and are not just copying what everyone else are doing.

What is the hottest track in your arsenal?
We became close friends with Marc Spence early last year, before his release on This Ain’t Bristol so we had “Nasty” for quite some time and even though each week we find hot new tracks, “Nasty” has probably been one of top tunes for us, almost in every gig. The track just have all the right ingredients of a badass tune so yeah that would most likely be the one.

Where do you dream about playing?
So many nice places to play, of course we love the big clubs such as Ministry Of Sound, where we played last summer but we’re really digging the smaller quite intimate gigs where you have a close connection to the crowd. So best answer would probably be a mixture, and if it is outdoors as well then that is always a bonus we feel.

When is your next release dropping?
We’ve got 2 releases coming out now in February, one on Sleazy Deep with a track we produced years ago but never released so it is a quite special one for us. There’s also a collaboration EP we did with Marc Spence dropping on Worthy’s label, Anabatic Records towards the end of February.

Why you so G?
Hehe, perhaps this is a bit of a let down but we are not very G lol, just 2 guys who love making music and seeing the reaction from the crowd and hear other artists and DJs that we like supporting what we do.

How do you make all them hot tracks?!
We have like a duo set up of studios all connected in the same main studio, so usually we’re working on 2 tracks at the same time and occasionally we work on a track from scratch together, we’ve been producing a lot of music for ourselves and others over the past 10 years so we both have our own ways of getting what we want. Recent studio additions include the MPC Renaissance, which is a bad boy and we’ve also been going a bit mental lately with the Moog Filter but yeah as whole production wise, we’ve spent the last couple of months trying to really fine tune our sound, perhaps achieve a slightly more defined style. It’s cool to have your favourite things when working but we both really love to explore new gadgets, tweaking samples, creating our own presets and all that so yeah for us it is all about enjoying the creative process.