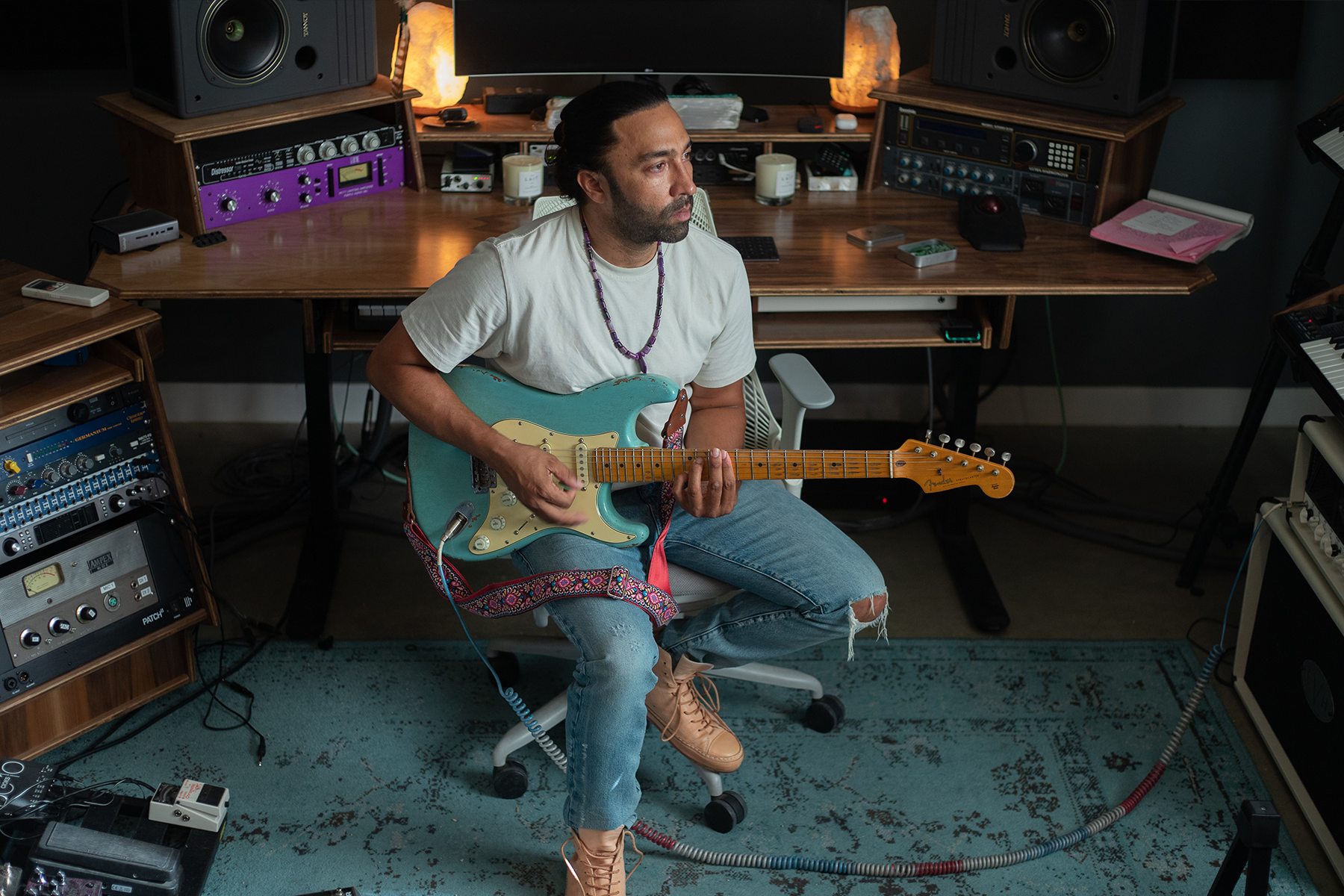 Next up on the Fresh Faces series is a hot mix from SANJAY!

SANJAY is a unique talent. The producer, engineer, guitarist, singer and DJ made his debut release, ‘Initiation’, in 2021 giving the world an initial taste of his core ethos: Music is Medicine. Now residing in the Joshua Tree desert in California, his eclectic mix of acoustic and electronica can be traced back to the deep, dancey sets he spun on the playa at Burning Man, and his time mastering acoustic guitar with the Gypsy Kings as they toured the world. Steve Lawler’s remix of ‘Waiting For The Sun’ will shine a deserved light on this special artist ahead of his new album and one-man live show and DJ sets.

UK house legend and VIVa MUSiC boss Steve Lawler has served up a stylish remix of ‘Waiting For The Sun’, the new single from talented Los Angeles artist SANJAY, ahead of his forthcoming album ‘Ancestral Visions’. Released on 11th November 2022, Lawler’s remix serves as another gleaming example of his vast creative range, pushing an attention-stealing agenda of funky Disco-inspired flavours and rolling 4/4 grooves alongside the original track’s captivating vocal topline. It follows other high-profile acts to have reworked SANJAY’s music including Davi (Crosstown Rebels) and Zoo Brazil.