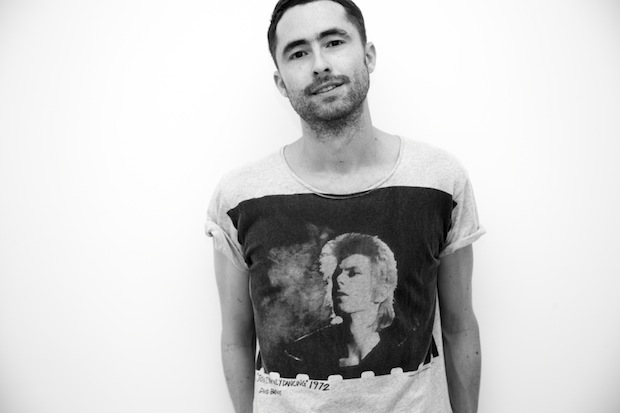 English producer/DJ jozif is no stranger to music, the music scene, or the studio and has spent his whole life engrossed in it. He has reached marked success recently with releases on Culprit, Crosstown, Wolf+Lamb, and many more. Here is a bit more about the musician and what he’s got coming up next!

It was amazing as far as i was concerned. The electronic thing was just starting to really get going in the UK, Prince and Michael were on this new channel called MTV …

It wasn’t until a little later on in the early 90s that I got into the electronic stuff, but certainly all the other music my parents were playing me shaped and influenced me. My mum introduced to my rap! Both my parents were in show business, so we always had lots of music and musicians around, and we were exposed to loads of different types of music (not all of it great, I have to add!) 🙂 I’m pretty certain those early years gave me a lot of the musical education I have today…I think that’s why I’m always searching for a strong melody and agonise over drum and percussion programming.

Well, to be honest, I don’t spend an enormous amount of time in London anymore. I tour every week and from Tuesday to Friday I’m in the studio, so I don’t get too much time out and about. Having said that, I recently played at a new venue called Oval Space in East London and was totally blown away.

Not for a long time has London had a new big, clean, super professional venue with great sound and varied line up – their last few guests after me were DJ Harvey(!!), Skuba and Bugge and Friends, for example!

The production side of things has kinda always been in my life via either my father having his studio at home or myself and my younger brother doing edits in the early days in his PC and Cubase, or via my older brother and his bands. But I think it was 2004/2005 when I bought my 1st Powerbook and taught myself how to write/produce (I’m still learning now!)

I’ve always been involved in music one way or another and have had different stints and different times just doing my music so, I’m not sure if there ever was a specific time when I ‘knew’ that I was going to turn pro – I just kinda always thought this is what I was meant to do …

This is a good question actually because I’ve jus recently been sitting with an old friend of mine for the 1st time in his studio and we had a great time!

I’ve always shunned working with other people because I think my process might not be particularly inspiring for other producers, but after sitting with him, I’m totally open to the idea now!!

I think its very important but maybe not for the reason’s you’d think. Inspiration is very important and I think you have to feel comfortable, energized, and productive where you live but also, there is the financial / logistical side of things.

Musicians are notoriously short of money (unless you’re one of the big ones) and places like London don’t really cater for up-and-coming or struggling musicians. Rents are very high, studio space in very limited and also very expensive, the airports are not close and are very expensive to travel to and from.

You compare this with somewhere like Berlin or Barcelona where to live as Muso is a lot easier as you aren’t under so much pressure with things like rent and noise. Here in London we have a problem [with noise] as people live so close together it’s difficult to find somewhere you can make noise for a prolonged period of time.

I think to be able to stretch your wings and feel totally free creatively you need to feel comfortable in your surroundings and not be worrying about where the next pay cheque is coming from or if you’re gonna get kicked out because you’ve been making too much noise.

Having said all that – I love London and although I have had numerous ‘close calls’ when it comes to moving away, I just cant seem to break it off with her!

Find one piece of equipment and learn it inside out – I kinda think it’s better to be super pro at one thing rather than average at 5 things.

Also, as cliche as this sounds, just do your thing. There is no point just copying someone else. Sure, take some inspiration from them or even sample them but then turn it into something else, something that’s ‘you’. The way I look at it, writing and producing music is a very personal experience so everything kinda has to be about you – it’s quite selfish actually, but I think you need to be that way in order to get ‘your’ music out of you and into the world.

Harry Nilsson – Without You

Ahhh this is an easy one!

Best moment on the road. Ahh, now that’s not quite so easy…

The last Culprit Rooftop party I did in LA was pretty special, as was the last time I was in Peru for the 4beats event. After the show we went out and had an amazing supper and saw the city..those times are great because you get to experience things you wouldn’t normally with lovely people and whole bunch of DJ friends!

Well, I’m just finishing mixing my 1st commercial Mix CD, that has been takin up quite a lot of my time so now I’m back in the studio writing some new stuff that im really excited about!

I’m totally addicted to writing music so being back is an amazing feeling!

Depends on what time of day it is: tequila or a cuppa tea 🙂