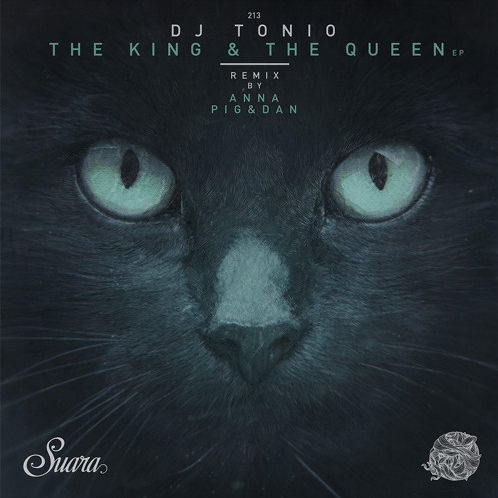 The Frenchman DJ Tonio celebrates his return to Suara in style with his latest effort The King & The Queen, bringing the same tenacity and high caliber production that garnered such attention with his label debut just last year.

“The Queen” is as elegant as she is powerful, delivering exuberant melodies and a charming yet aggressive tone. Brazil’s very own Queen of techno ANNA brings us a delightful remix of the track, adding her own royal touch of vivacious attitude. “The King” on the other hand, is a force to be reckoned with. A commanding energy makes way to dominating buildups and whispering vocals that project authority, with enough power and force to bring you to your knees. Pig&Dan expertly remix the track, surgically implanting a flurry of symbols and snares that put the King at his rightful place on his throne.