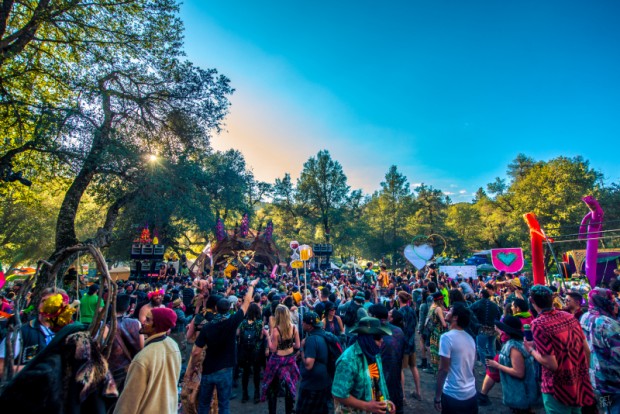 driftApril 11, 2016
EVENTSFEATURESFESTIVALS0 Comments 0
What was once the most underground festival in the state is now playing a major role in the California festival circuit. With something as unique as Desert Hearts, it can be difficult to tell which trends are being set and which ones are being followed.
Allow this collection of Desert Hearts field research to stand as an encyclopedia of the trendy norms found at today’s music festivals. Although I had my journal with me at all times, keep in mind that I may have missed a few tally marks because unfortunately, sleep was sometimes necessary. These numbers don’t reflect anything that was left packed away in a tent all weekend, for example, the three fur coats in my tent.
Here it is:
Wine bags: 13, and of course I had to taste each one to make sure it was actually wine. This number does not include the “2Wine 2Cheese: Return of the Gouda” party on Saturday.

Kimonos: 16
Photographers (anyone with a DSLR camera): 22
Bernie Merchandise: 11, including Lonely Boy’s “Feel The Bern” shirt.

Pets (at a festival that says no pets allowed): 16, one of which was a dog in a stroller.
Barbies: I saw over 10 different ones on stage, almost always configured in some sort of sexual position. My favorite was an oversized one named Tanya with a DH tramp stamp that I could tell, it was not her first festival.
Onesies: 14, not including my own. Mostly Pokemon/Disney characters, with a couple morph suits here and there.
Fur Coats: This was like trying to count frat bros at Coachella, I gave up.
Horse/Animal Masks: 10, one of which was a white dog mask that was arguably
too realistic for comfort.
People on other people’s shoulders: 2
Native American Headdresses: None, thank god.
Burning Sage: I lost track real quick.
Inflatable Pool Toys: 4
Drones: 3, but they might have been the same one.
Tutus: I only saw 1.
Bindis: Initially the main scope of my research, but quickly became impossible to keep track of.
Special shout out to all the photographers for capturing these awesome shots!