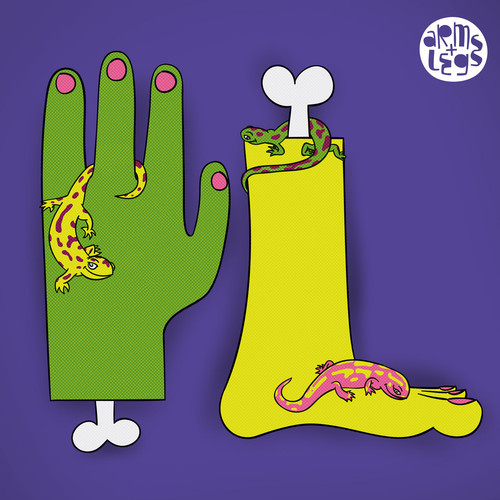 It is seeming increasingly rare to come across unique productions, especially ones that display a range of talent. It has taken me a while to write this review because I’ve had to listen to this wonderful release by German producer Daniel Steinberg many times in immersive enjoyment before digesting it and presenting its qualities into words.

Steinberg released his full length record, Treptow, on Arms & Legs back in March and this follow up EP is of the same impeccable production quality as the album – an incredible accomplishment just a few short months later. The EP feels like Steinberg had a whole band with him in the studio. He uses a diverse range of instruments, textures and themes to create unique productions that sound unlike anything else being released today; although, he does this without being a complete “experimentalist” and his tracks hit a triple jackpot by being playable, danceable and listenable.

The four track EP, titled Salamander, and which is out now on Arms & Legs, opens with a warm track, set at a surreal Mad Men-esque party. Strings, a piano and electric keys waltz around a plucked bass and paint a scene of tropical swagger, beautiful women in flowing white sheer and piña coladas. “Moon Ride” is more upbeat, with a chorus of trumpets, bongos and soulful vocals that add a funk energy to Salamander; what a great track for an outdoor summer party.

While the A-Side of the record is fun, upbeat and daylight energetic, the B-Side is a bit more serious and darkness oriented. The transition between day and night happens so flawlessly that you’re part way into “Beautiful” before noticing what is happening. “Lazy Bones” is melodic and otherworldly, something out of Cafe Del Mar and the late Buzzin’ Fly, with electric guitar melting away all surroundings and slicing the soundscape with ethereal momentum. The track is a truly beautiful way to wrap up a great journey of a listening experience.

This experience and journey is what is so special about Salamander. Because of their brevity, it is so rare to be able to curate a cohesive storyline in an EP, but Steinberg manages to produce an enveloping theme with a distinct beginning, middle and end, while giving each track an incredible uniqueness. Thoughtfulness, passion and top-notch production make Salamander a 5-star release – what a diamond for both Steinberg and Arms & Legs.