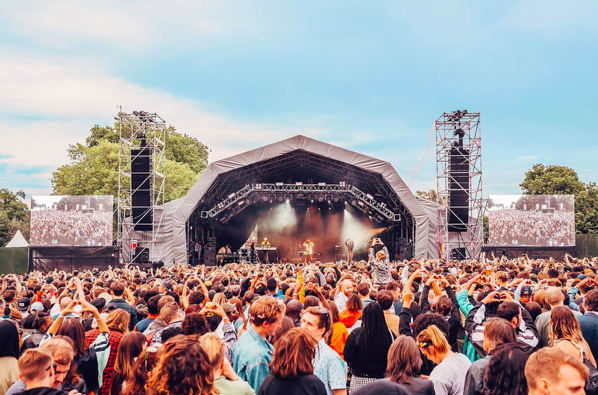 Cross the Tracks announces return to Brockwell Park for 2022 edition 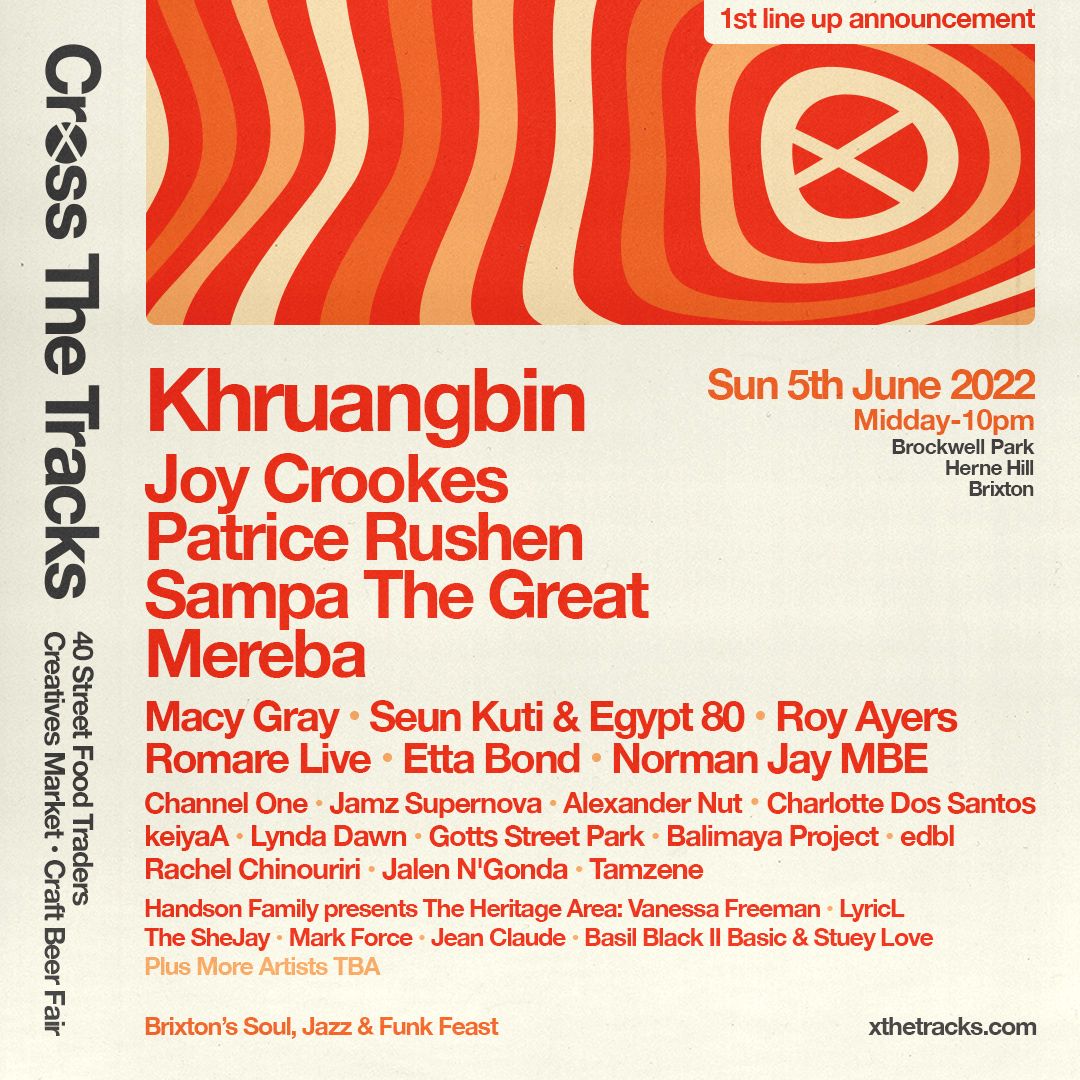 Cross The Tracks is a carefully curated and lovingly presented one-day event that mixes up legendary big names and hot up and comers across six superbly designed stages. It also boasts a wealth of London’s finest street food traders and craft beer brewers so is a much loved event where people of all ages and backgrounds can come together whether they are families, young party people or wise old music heads. As well as musical thrills, Cross The Tracks is a place to rejuvenate your soul with a fulsome wellness area, talks from industry insiders, creative markets, a record and art fair, panels, workshops and so much more to offer a truly inspiring and cross-cultural offering.
The venue for this immersive 10 hour event is Brockwell Park, a rolling green space with ornamental ponds, formal flower beds and a wall garden, lakes and plenty of sloping grounds to explore and relax in. For Cross The Tracks it is transformed with bespoke bars, food concessions, luxury toilets for VIP access and lush chill out areas.
This year’s headliners are Texan Thai-funk trio Khruangbin. Their supremely horizontal sounds have led to standout albums on LateNightTales that blend classic soul, dub, rock and psychedelia. To be lost in their lush and star-gazing soundtracks is one of live music’s best current thrills. They will be joined by the legendary American Patrice Rushen who brought a new sense of sophistication to disco in the eighties. Her iconic single “Forget Me Nots” received a Grammy Award nomination for Best Female R&B Vocal Performance and all these years later the pianist and singer still lights up the stage. On top of that British-Irish-Bangladeshi singer-songwriter Joy Crookes serves up deeply personal sounds that take in personal relationships, her own diverse culture and South London roots while American rapper and soul star Mereba also lines up next to the iconic gravelly tones of Macy Gray whose “I Try” remains a stone-cold classic. 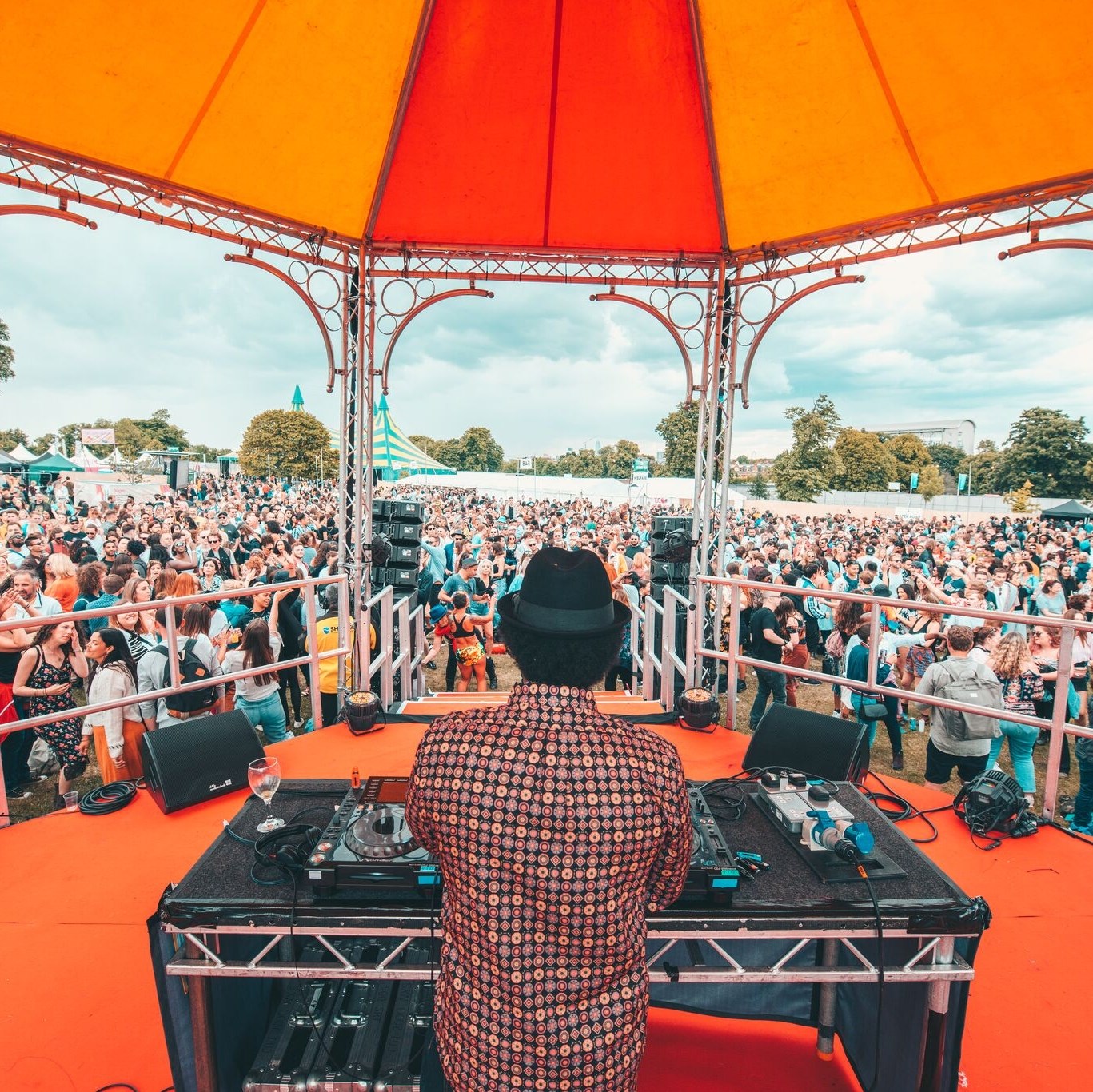 Soul, funk and dub connoisseur Norman Jay MBE joins the dots between the ages with his love-fuelled selections, there will be dub madness from Channel One, an innovative show from Sampa The Great who melts R&B, hip hop and Afro into her own unique form and plenty of jazz funk from the one and only Roy Ayers. Romare will play one of his unique live shows, there will be DJ sets from Radio 1 tastemaker Jamz Supernova and Eglo label founder Alexander Nut. Add in the heart aching sounds of Brazilian-Norwegian jazz singer Charlotte Dos Santos, Afrobeat from Seun Kuti & Egypt 80 and plenty more worldly sounds from Rachel Chinouriri, Jalen N’Gonda and Tamzene amongst plenty of others and you have another sublime cross section of sounds. 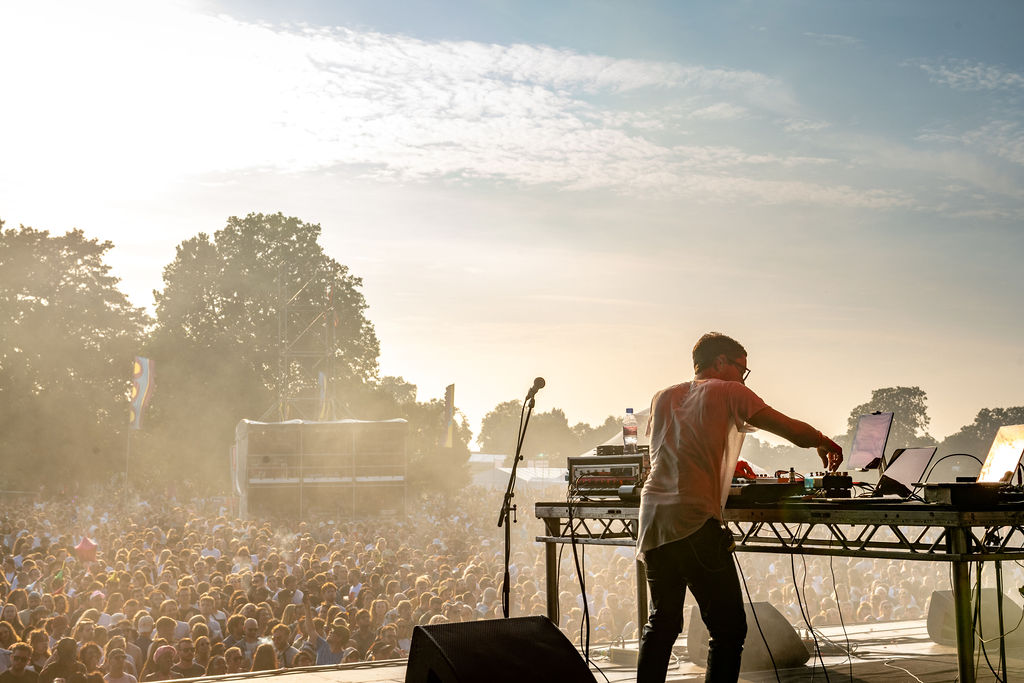