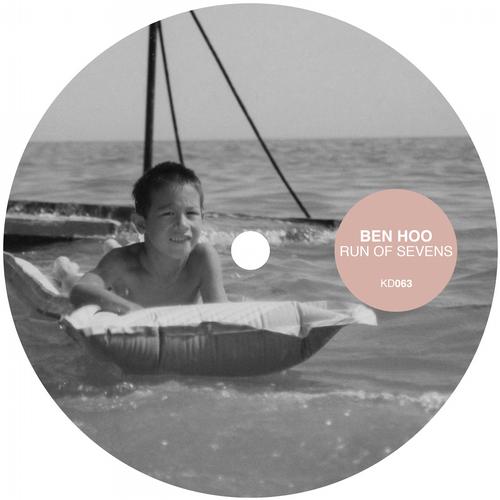 Ben Hoo just released his huge effort ‘Collected‘, a concept album filled with tracks spanning his career, as well as some new gems. One of those new wonders is ‘Run Of Sevens’. We’ve taken this track and given it to some of our friends and got some stunning results back. The original is a blooming sound scape filled with sinister tones and thick late-night vibes. The percussion is in true Ben Hoo style, utilizing various organic sounds to create an up-beat hustle. Set against this percussion is another very organic feeling, waving synth; creating all types of vibes to heat up the chilly night air. Kindisch’s own David Keno takes the energy to another level by throwing crunchy beats under hypnotic chord-play. David creates a whole new world with his mix, where the sweat drips from your brow as you shake it out in the middle of dark, crowded dance floor deep in the night. Next we’ve got Mark Ashkins remix riding a similar vibe to Bens original, laying heavier kicks and a more straightforward percussive line and an acid bass line under the mix. With this, he creates a more driving sensation, pushing you further – and a small after-hour touch can be heard here. Vaal’s remix adds a sense of playfulness, with horns, piano and a minimalistic approach to the percussion. A very sultry, jazzy vibe is induced with the chord-and-piano mix – wanting to be played in the mid-day Sun of a hot open-air or festival. And now we move on the Stefan Cordery, who’s mix belongs in the late night category, when the crowd expects that one extra ‘push’ to bring them over the top – and he delivers beautifully with constant percussion and swaying pads laid out over a subtle bass line.