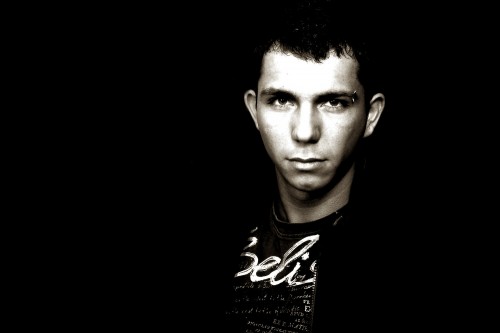 [Artist Profile] For our second interview and Lovecast episode, we are lucky to have Atapy from Romania. As both a label owner and a producer, this artist has come a long way since his humble beginnings just a few years ago. His label Cimelde has received much notice this year and his production work has landed him forthcoming releases on ALiVE recordings and Get Physical Music. If you are not familiar with Atapy, now is your chance to get acquainted. Sit back and relax, press play on his Lovecast episode, and take a read into the world of Atapy.

I‘m from Romania and I live in a town called Targu Mures. It’s a smaller one but it’s a nice one.

I can’t really say that the music scene of my childhood has helped me or influenced me. I also can’t really say that musical talent runs in my blood or that my father was some great musician and I inherited his skills… Of course I’ve always loved music but I never thought that it was what I was going to do… it just simply came into my life and I’m really happy that I’ve found what I really love doing. I’ve always been more interested in music production than DJing, so naturally I started my career as a producer in 2009. I took it much more seriously last year in 2010, putting out a few releases but I think this year has been the most productive and I feel it has taken me to the next level. Basically, this year has instilled trust in myself and provided me with the energy to push forward. Everything has just come together simply and clearly.

As I live in a smaller town, things here are bit difficult…the future of the underground scene here is not really a bright one. We have only a few clubs and most of them are playing commercial music. But there are definitely some places where you can find underground music with awesome people. Also, every Summer we have a great festival called “Peninsula” during which lots of good parties happen. So there are good and bad times for the scene but I hope that over time, the good times will out number the bad and the underground music scene will grow as well.

Tell us about your record label Cimelde. When did you start it and what was your reason for starting a label on your own?

Creating the label was a really simple idea and I had no special reason for starting it at first. A friend of mine had told me about an email he had received from a digital distribution company offering a service to start a digital label. I really had no idea how a record label worked or how it should be run, but I thought it would be a great way to at least put out my own music and the music of my friends. I decided to do some research, only to find that it would cost too much to get a direct deal in Romania. At this point, I reached out to someone I knew in Germany, who has become a good friend of mine, that had owned and operated a vinyl label. He showed gave me some insight into the details of running a label and offered to introduce me to his distribution company. I suppose this is where things changed for me as I realized that I had a real opportunity to do something serious. So I started collecting releases from my friends and setting things up so that I could begin working with the German distribution company… It all started so small and simple but out of this process, Cimelde was born and has become part of me. I hope to be able to do big things with my label and make it a well respected on with great artists and of course lovely music.

How do you go about choosing artists to release for your label?

Certainly the main thing for me is to select music I like to hear. Most of the artists on the label are all friends of mine and those who are not, well, they will be J. I prefer to have known artists that already have some production work out, but I am always interested in new producers making great music.

How long have you been producing?

As I have already mentioned, I began in 2009, so just a couple of years.

Do you always work alone or do you like to do collaborations?

I like collaborations, especially if it’s the right artist or band. For example, I have done works with Luca M, with the well know duo Monoroom… also Daniel Mehlhart proposed a collaboration a while back and I’ve gotten a few other team work offers but I can’t take all of them. Sometimes I feel it’s better to work alone… but they both have their pros and cons.

Did you always think you were going to be a producer or even a record label owner?

Never! Back a few years before starting on the whole music thing, I was really into sports. Then I really wanted to be part of the “Legion” to become a massive soldier! haha 🙂 but as we can see, life is full of change.

Was there ever a moment in your life where you realized that music was your calling?

Yes. I think I just felt that this year for the first time. After my last productions, I just couldn’t believe what great support and positive reactions I got from big names, great labels, and especially from people around the world who help us artists to move forward. I’m happy with things and definitely will not stop here. I am just getting started!

What advice would you give to aspiring producers and future record label owners out there?

For the upcoming guys out there, all I can say is that if you believe in yourself and truly love what you are doing, then keep on doing it. The rest will come. For the future label owners out there, there are new labels being born all the time… just be serious about what you are doing. Every label has had its start at some point, so be wise about how you start yours.

There are a few things coming up… a new release coming out on Tom Budden’s imprint ALiVE recordings called “You Should Know” EP, including two of my original productions and remixes by Inxec (Crosstown Rebels/Culprit/Leftroom) and JMX (2020Vision/ALiVE) out October 10th. I will have a new EP on Notes, Daniel Mehlhart’s imprint, with two melodic original tunes. I’ve also decided to do a follow up release to my “Move Baby” EP that I put out on my label Cimelde. It will be called “Move Baby – The Remixes” and will include a new edit by me, remixes by Sasch BBC, Tom Budden and Simon Beeston. There will also be a rework by Anthony Pappa, which will be featured next year on his mixed compilation for Renaissance.

Lastly, I’m waiting for some answers on a few new tunes to be signed, and will start next year on new production for Get Physical Music. I’m really really excited about this and I hope that it will be something special!

There’s not too much to say… it’s deep, it’s fresh, it’s new and includes only music that I like. 🙂